It's an unofficial extension of Fenway Park. It's a tourist hotspot. It's an iconic Boston landmark. And probably as an afterthought, Kenmore Square's famed Citgo sign is an advertisement for an oil company. But you probably knew all of that. Here are five things you may not have known about the Citgo sign. 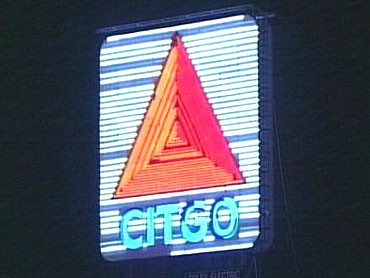 In 1965, the Citgo sign replaced the Cities Service sign that was already there, and has been shining bright ever since - with a few exceptions. It was turned off during the 1973 oil crisis, and again from 1979-1982. In 1983, Citgo announced plans to tear down the sign, which didn't go over well. Public protests turned the demolition into a refurbishing project instead. The lights had to go out in 2004 and 2010 while crews replaced the old ones with energy efficient LEDs.

Tourists running low on gas should beware: there are no gas stations in the direct vicinity of the Citgo sign. The closest gas station is about a mile away, which is a long way if you're out of gas. To get to the nearest Citgo station, you'll have to drive another half-mile on top of that.

Ask any fan, Field of Dreams was one of the ultimate baseball movies of all time. So it would only make sense to include an icon long associated with baseball. At one point in the movie, Ray Kinsella (Kevin Costner) travels to Boston to meet 1960s author Terence Mann (James Earl Jones). Terence brings him to a Red Sox game at Fenway Park, which he had envisioned in a dream. The Citgo sign makes an appearance in that scene. While at the game, Ray sees a message on the scoreboard telling him to find a 1920s ballplayer named Archibald "Moonlight" Graham. 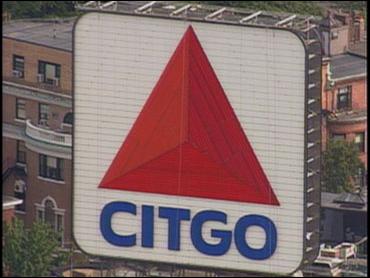 5. Leave The Politics Out Of It

In case you didn't know, Citgo is a Venezuelan subsidiary. So, in 2006, after Venezualan President Hugo Chaves called President George W. Bush the devil, Allston-Brighton City Councilor Jerry McDermott proposed legislation to replace the sign with the American flag. The attempt to get rid of the iconic sign was met with protests.