CAPITOL HEIGHTS, Md. (WJZ) — Authorities in Prince George's County say that have recovered a vehicle in connection to the shooting death of a security guard last week.

The incident happened on July 17 around 1:00 a.m. in the unit block of Cindy Lane.

Investigators say two guards were at their personal vehicles filling out paperwork when a person approached them and opened fire.

Detectives believe this was a targeted crime. 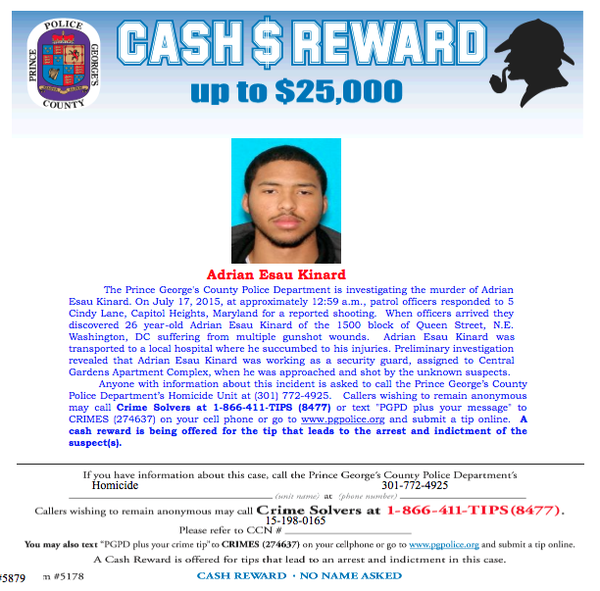 On Sunday, police say they recovered a 2012 black Dodge Charge in which the suspect drove during the killing. Police say it was parked on the 45th street in Northeast D.C. near Kenilworth Gardens