OXON HILL, Md. (WJZ) — The suspect wanted for fatally stabbing a man outside of a Popeyes in Prince George's County has been identified, police said Tuesday.

30-year-old Ricoh McClain is wanted for stabbing 28-year-old Kevin Tyrell Davis after the two got in a verbal argument after the victim cut in front of several customers waiting to order food.

The two then got out of line, walked out of the front door together and McClain immediately stabbed Davis, police said.

Davis was found by police outside in the parking lot suffering from a single stab wound. He died at an area hospital shortly after.

McClain then fled from the area. Police do not believe the two knew each other beforehand.

A Prince George's County police officer first identified him after seeing surveillance images and seeing him from previous investigation stops. 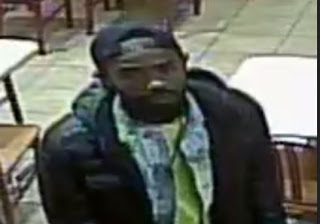 They also received multiple tips from the community.

"Ricoh McClain has been charged with first and second-degree murder of Mr. Kevin Davis," a spokesperson from the Prince George's County Police Department said. "We're asking for the public's help in identifying and locating Mr. McClain."

They said they have known McClain's identity since about 72 hours after the stabbing occurred, but did not release his name or photo because they believed it would damage the investigation until all other efforts had been exhausted.

Police ask the public to not approach him if anyone sees him, but call 911 immediately.