Officer Leotta was killed by a drunk driver in 2015, while on a DUI patrol.

Since his death, Maryland has enacted a tougher law on drunk drivers and named it after him. It requires most people convicted of a DUI to participate in the Ignition Interlock System. 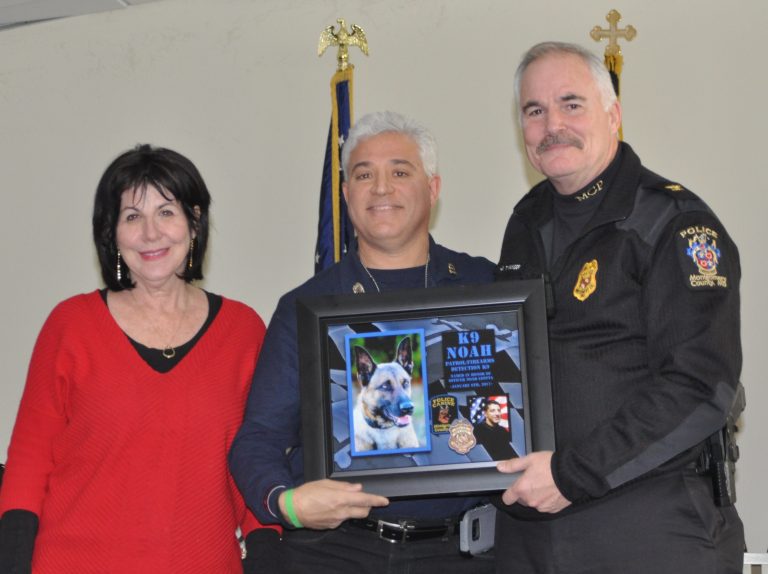 K9 Noah was one of three police dogs that graduated from Basic Patrol School on Friday, Jan. 6. K9s Arco, Gabby, and their partners completed four months of training that included searching, tracking, agility, and obedience.