ARBUTUS, Md. (WJZ) — One person was killed after a multi-vehicle crash in Baltimore County on Tuesday afternoon, according to Maryland State Police.

The victim has been identified as Luke Souders, 30, of Catonsville.

Maryland State Police responded shortly after 3 p.m. to the area of northbound I-95, prior to exit 49A, I-695 for a reported multi-vehicle crash. 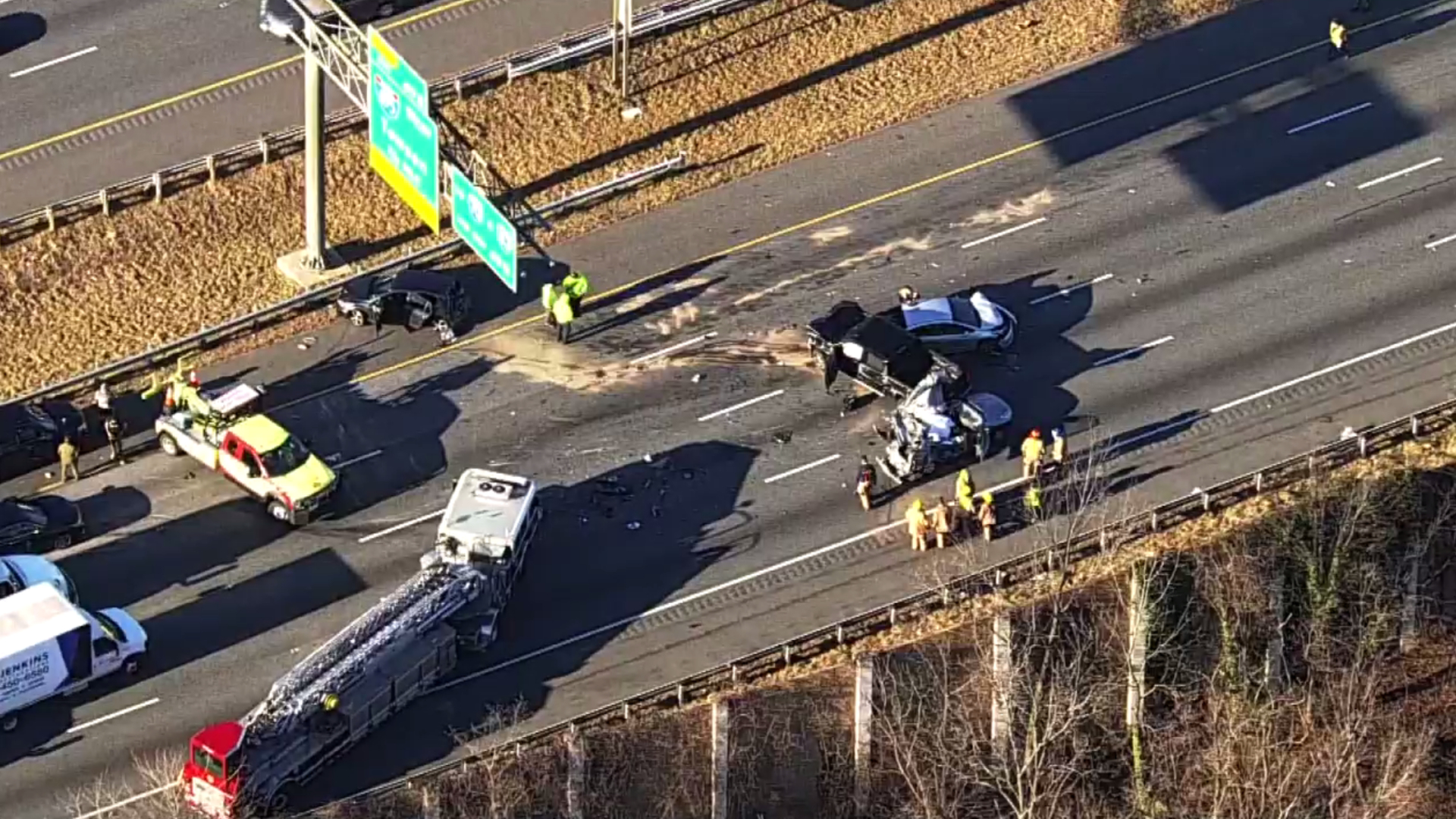 According to Maryland State Police, Dylan Shields, 29, of Halethorpe was driving a 2014 Chevrolet Silverado. Investigators believe Shields was traveling north on I-95 when he rear-ended Souders.

Shields refused medical treatment at the scene. Charges are pending the outcome of the investigation.

The Kia Forte was operated by Melinda Moore, 52, of Gywnn Oak. The Volkswagen GTI was operated by Patrick Cavanaugh, 42, of Stewartstown, Pennsylvania. Cavanaugh was taken by ambulance to Shock Trauma Center. Moore refused medical treatment at the scene.

The investigation into this crash remains ongoing.