BALTIMORE (WJZ) -- An injured turtle at The Maryland Zoo is able to move around again after getting fitted with a customized wheelchair made out of Lego bricks.

The zoo says the Eastern box turtle was found in Druid Hill Park by a Zoo employee who brought it to the Zoo's hospital for treatment.

"He had multiple fractures on his plastron, the bottom part of his shell," said Dr. Ellen Bronson, senior director of animal health, conservation, and research at the Zoo. "Because of the unique placement of the fractures, we faced a difficult challenge with maintaining the turtle's mobility while allowing him to heal properly."

The turtle went through surgery to stabilize his shell with metal bone plates, sewing clasps and surgical wire. The bottom of the shell had to remain lifted off the ground in order to heal properly.

The wheelchair frame surrounds the shell and sits on four lego wheels. Plumbers putty attaches it to the turtle's upper shell to help him get off the ground and frees his legs so he can move.

"He never even hesitated," said Garrett Fraess in a statement, veterinary extern at the Zoo. "He took off and has been doing great. Turtles are really good at healing as long as the shell remains stable."

Dr. Bronson said he will likely use the wheelchair into the spring so all the fragments can fuse together and the shell can completely heal. He will then be released back into the wild.

Take a look at his new wheels: 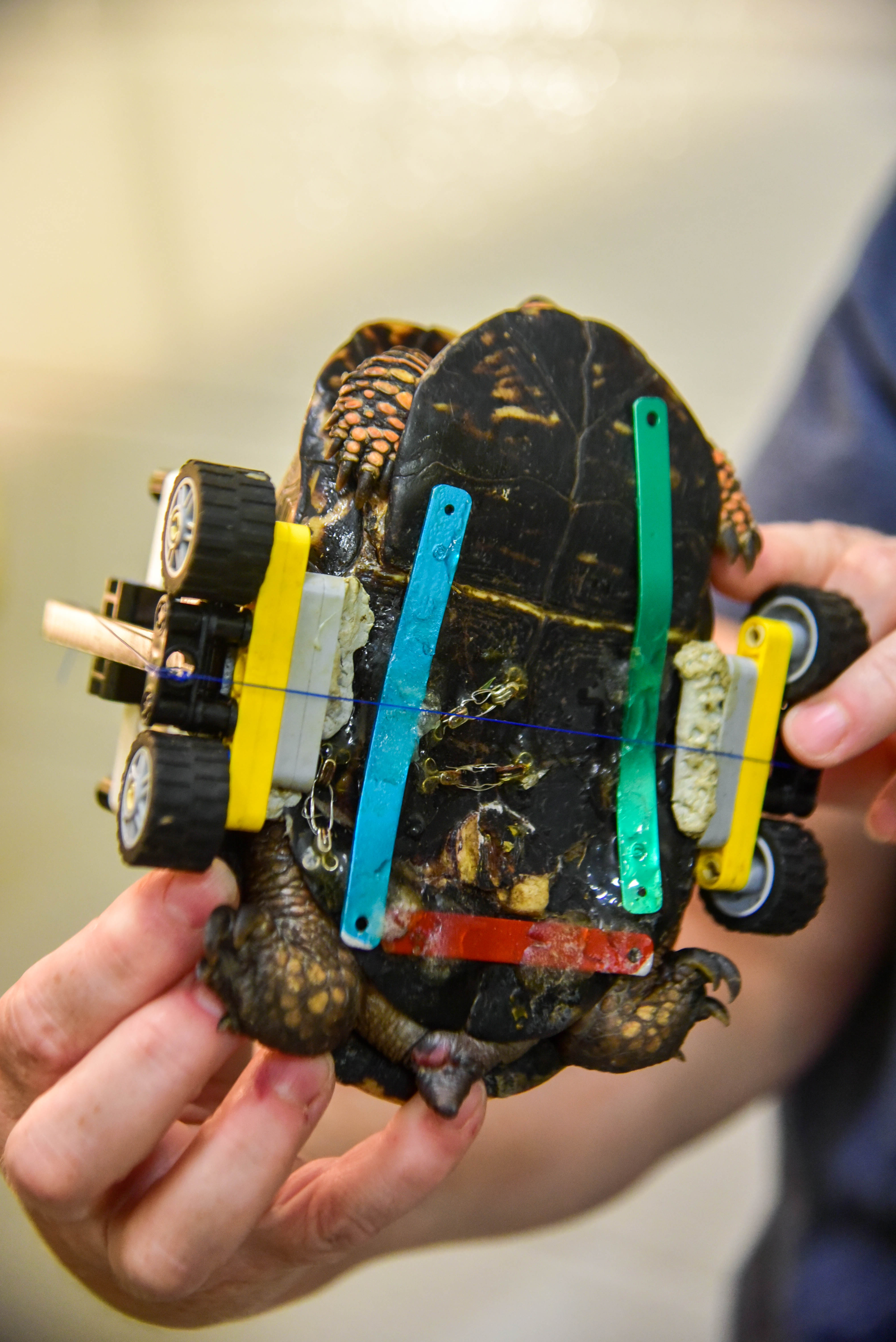 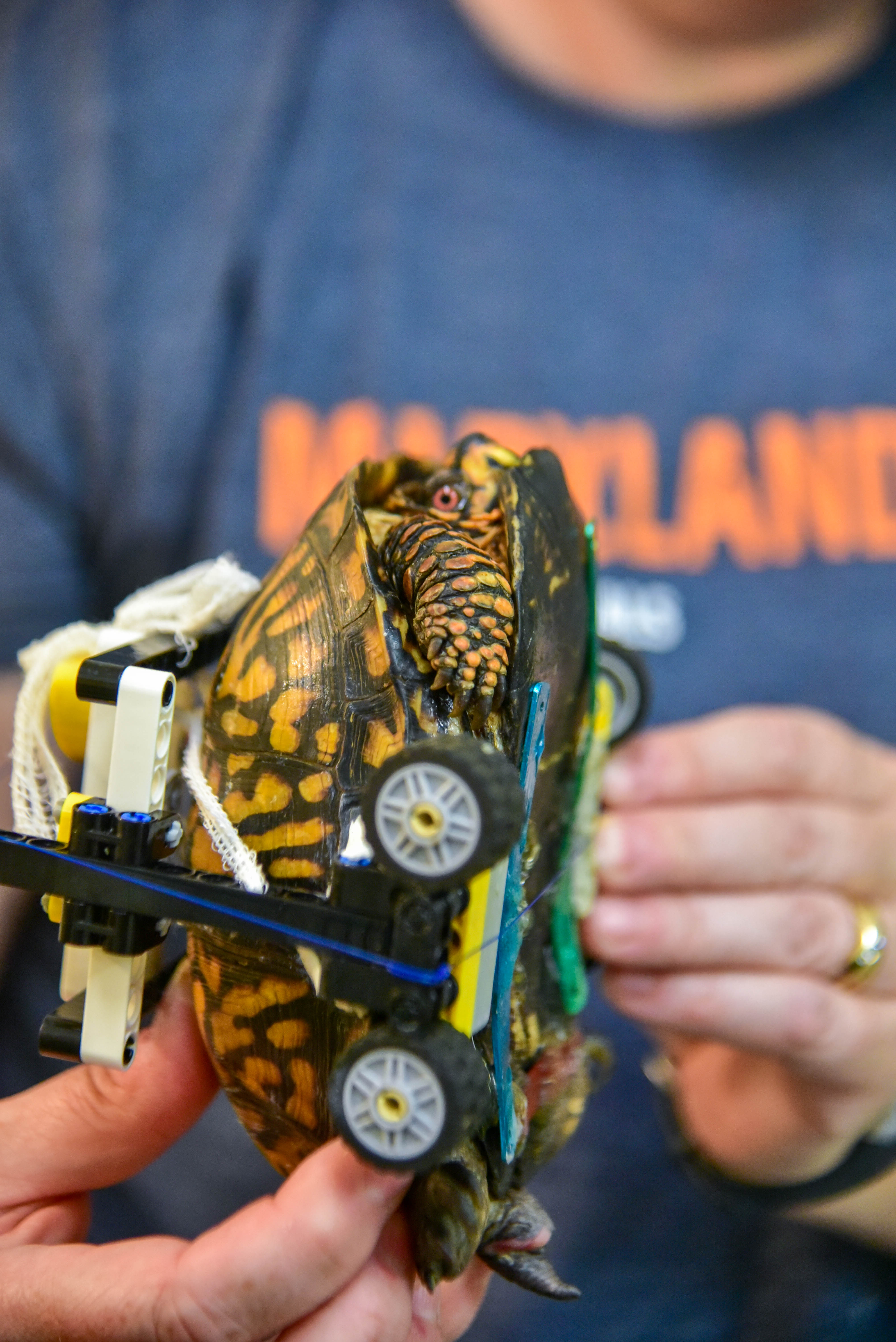 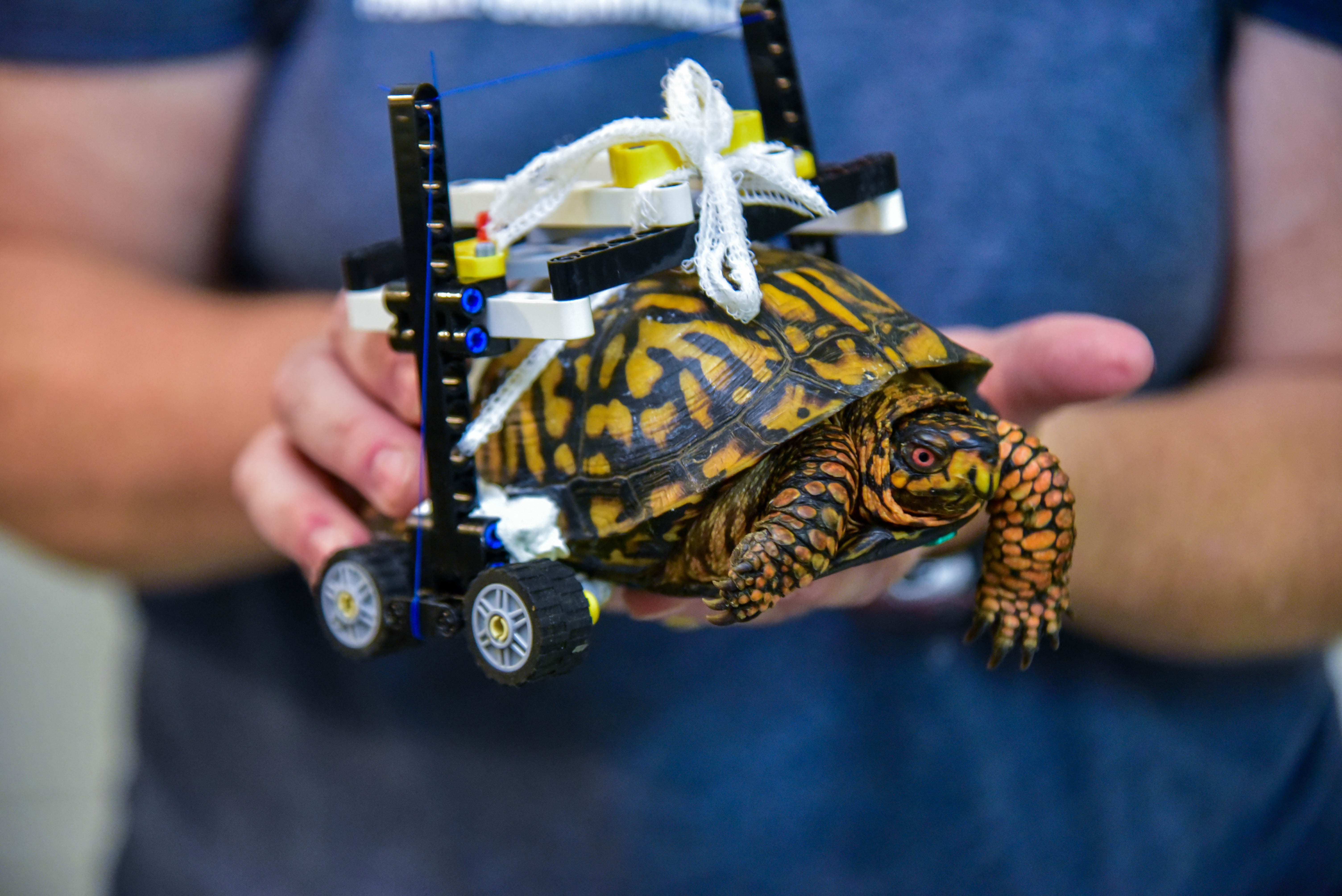 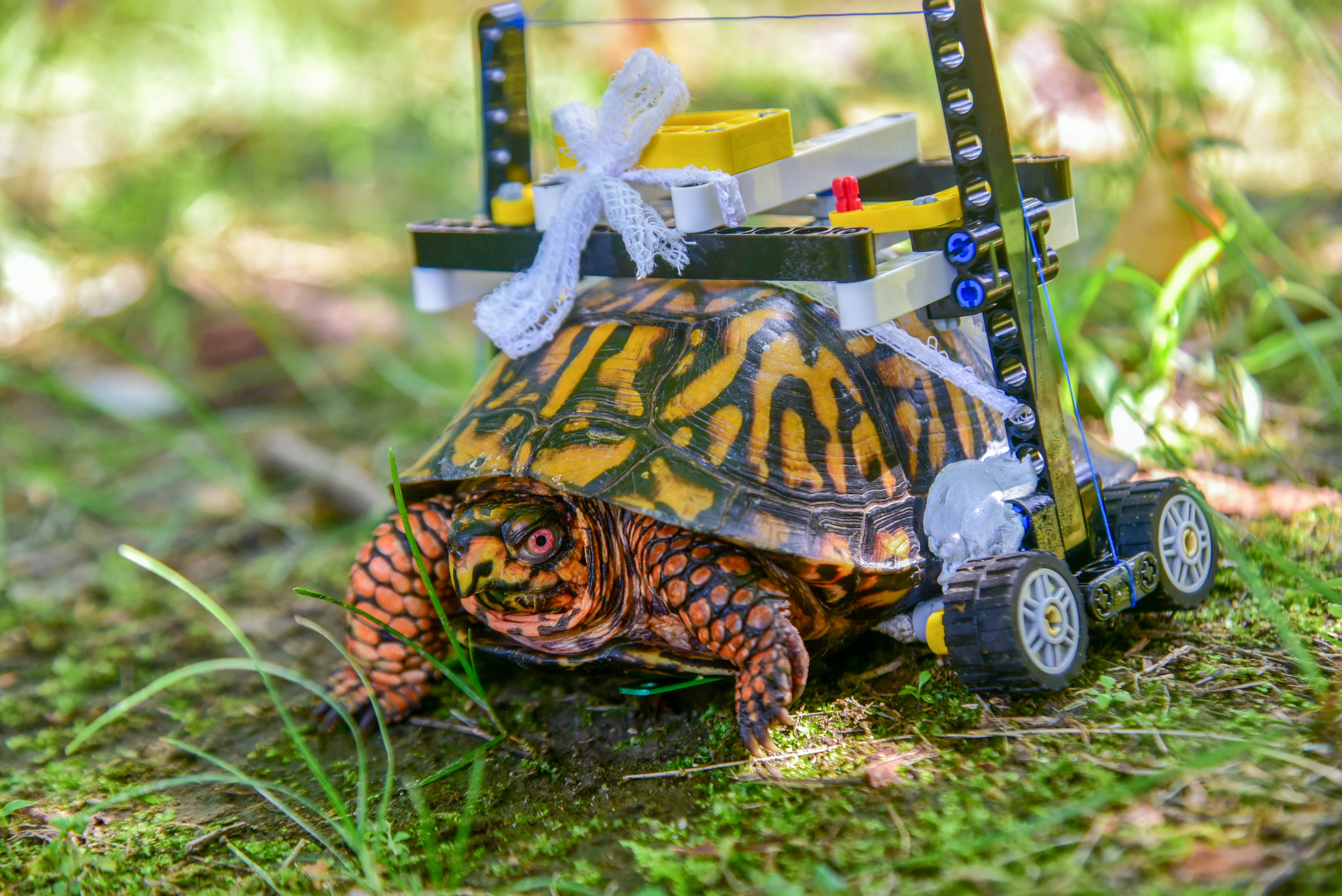 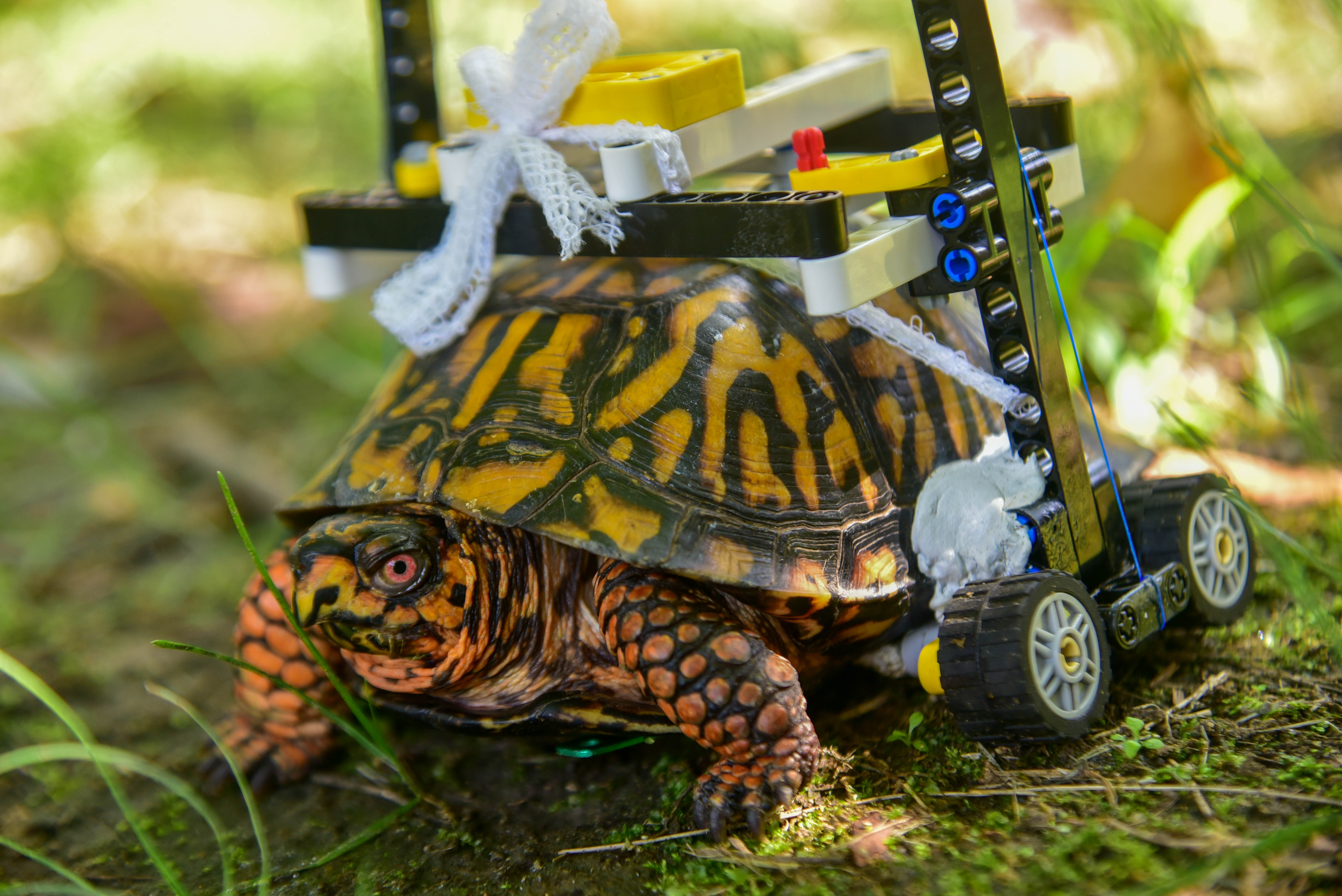 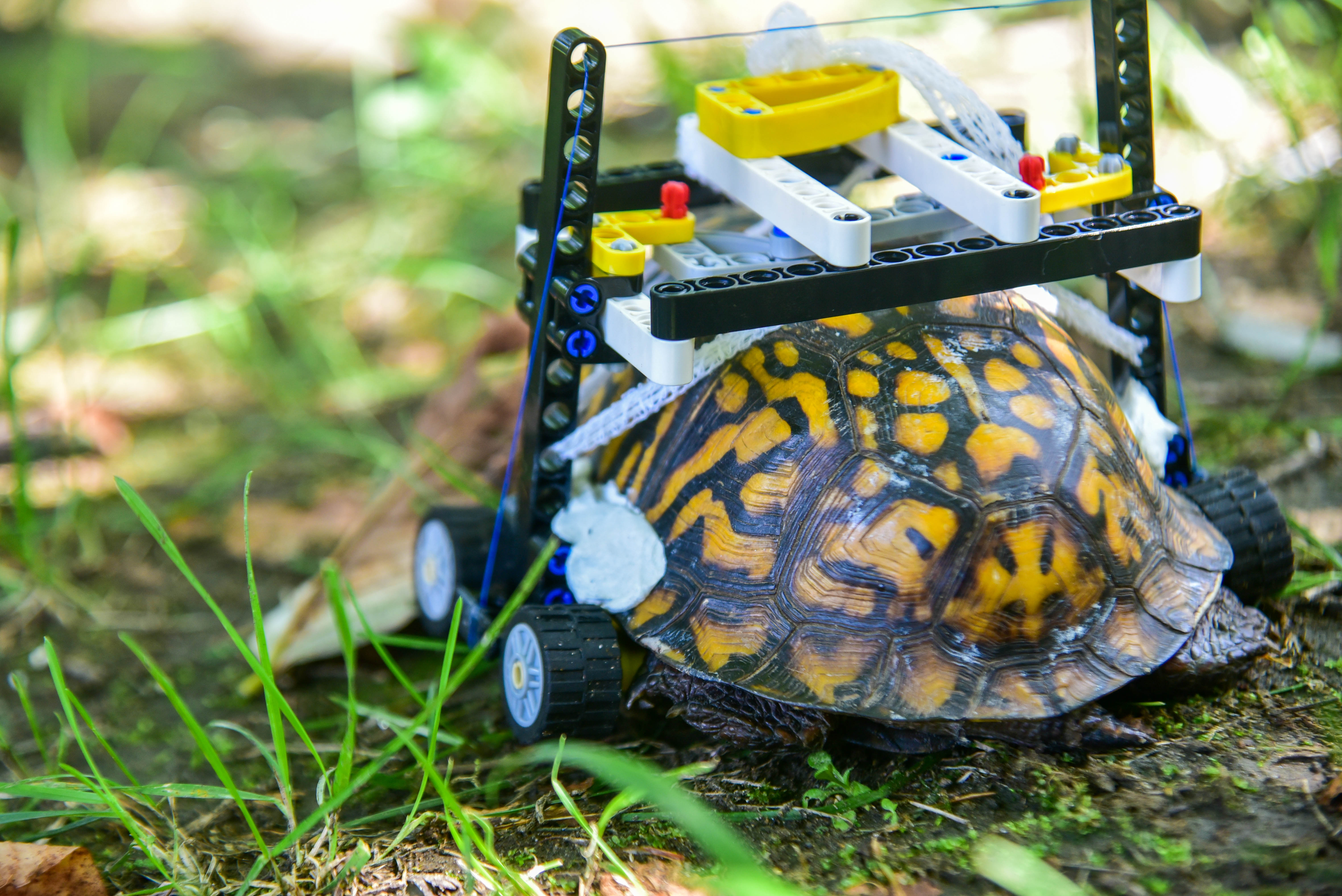 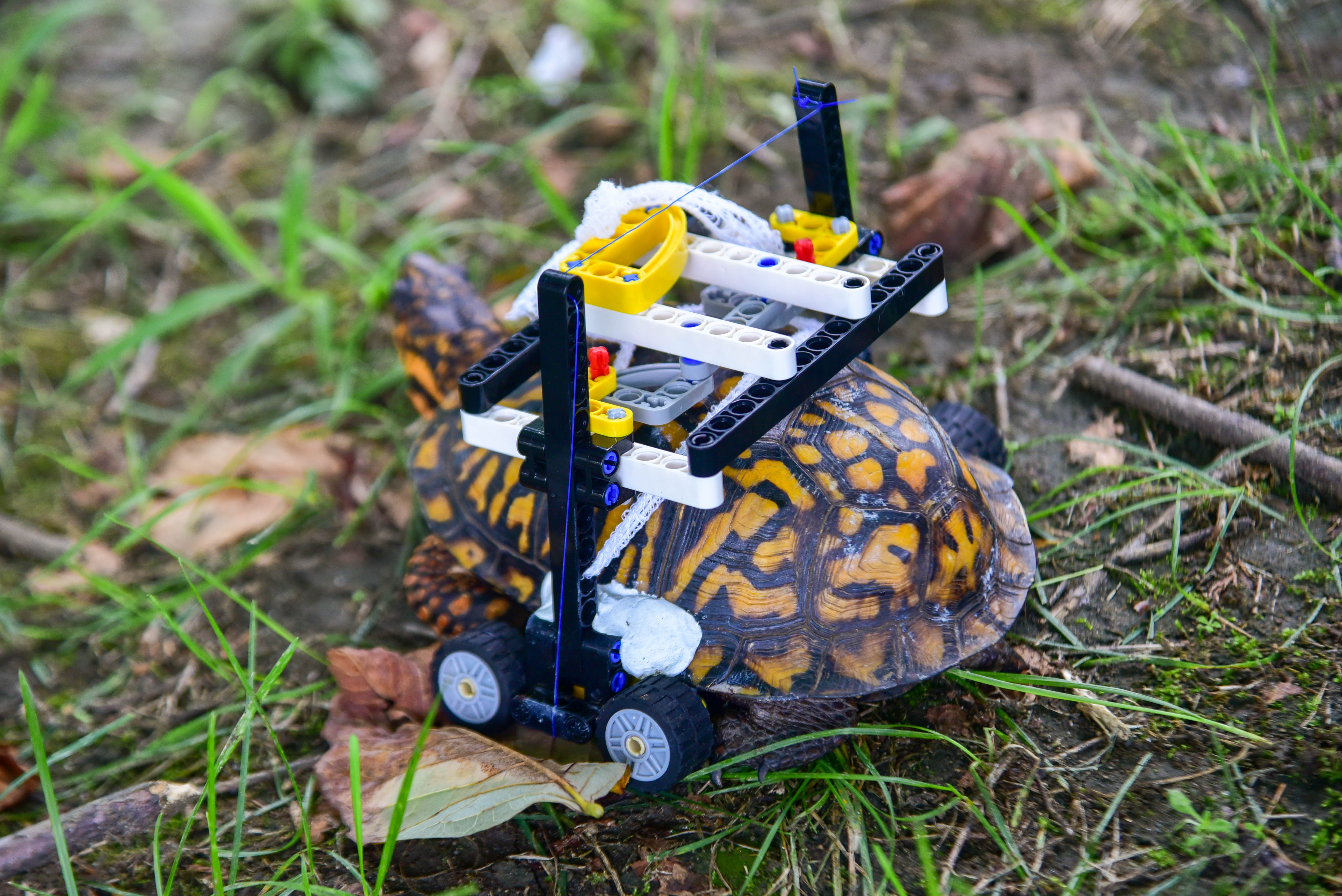 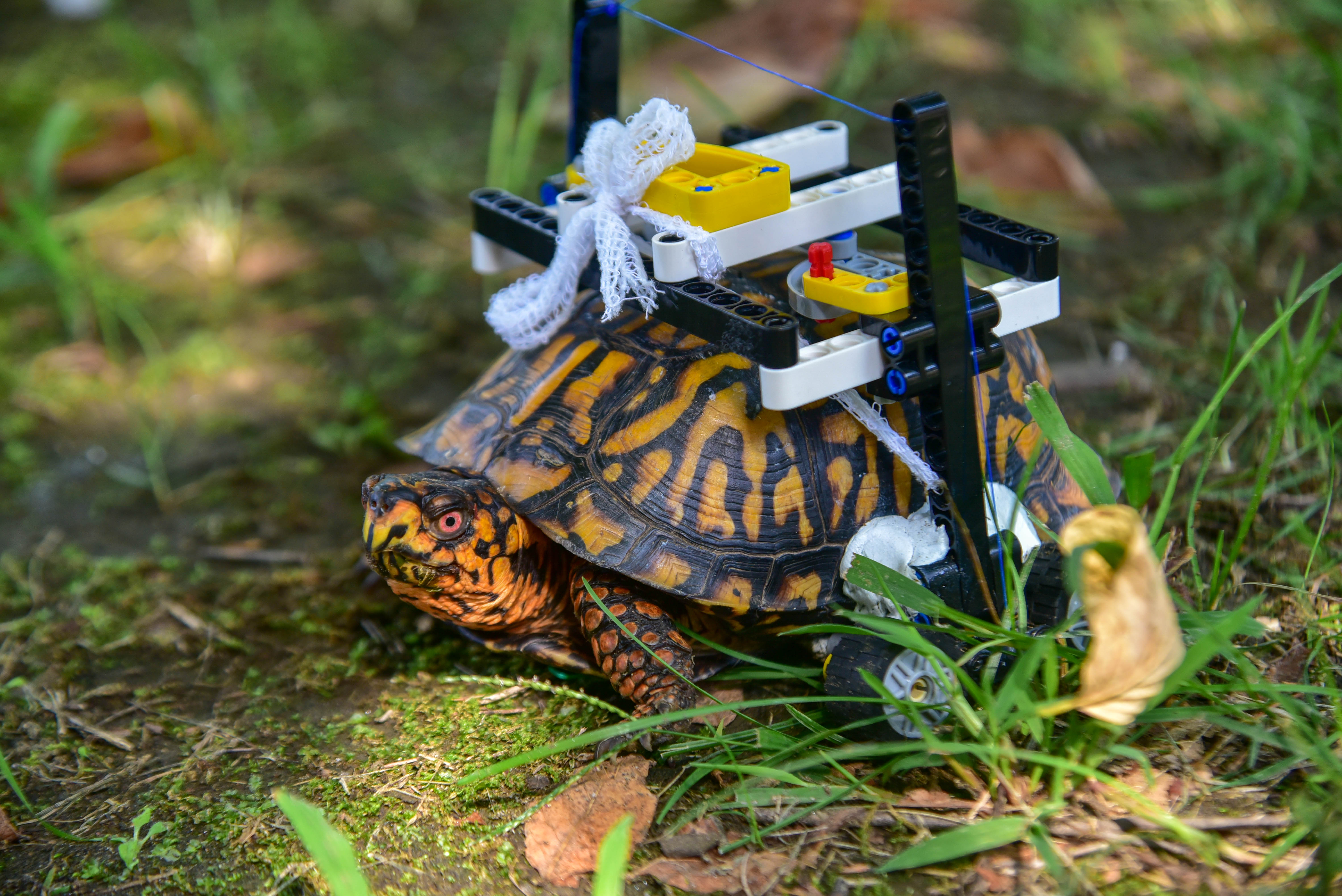