GLEN BURNIE, Md. (WJZ) — A former Anne Arundel County substitute teacher made her first appearance in court Monday after being accused of engaging in sexual activities with a student as well as supplying him alcohol.

Anne Arundel County substitute teacher Alexis Mercedes Boberg, 25, of Severn, exchanged phone numbers with him and would meet the victim off of school property at various locations throughout the month, the teenage victim said told police.

Police are not saying how old the student is to protect his identity.

The victim, a student at North County High School and the Center of Applied Technologies North in Severn said that he and the teacher exchanged phone numbers in May. 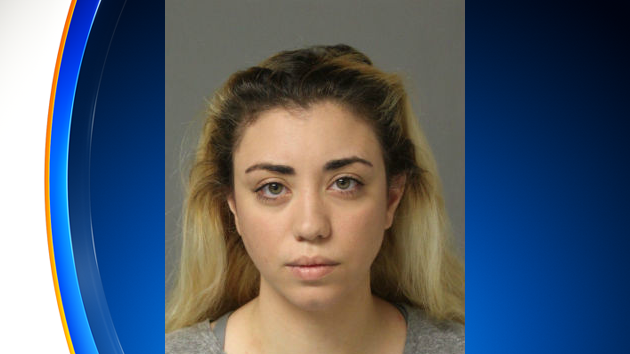 It was then when Boberg supplied the minor with alcohol and engaged in sexual activities, police said.

"It happened somewhere else, off school premises. The teacher had initially reached out to this student by sending a telephone number. Some text messaging had gone back and forth, they developed a relationship over time and the student elected to come forward to police," Marc Limanski with Anne Arundel County Police said.

On June 5, detectives executed a search warrant at Boberg's address. Numerous items were taken into police custody, and through witness interviews and evidence, detectives then got an arrest warrant on Friday.

It charged Boberg with two counts of fourth-degree sex offense with a person in a position of authority along with one count of consuming an alcoholic beverage while on public property.

On Monday at around 11:30 a.m., Boberg turned herself into the Western District Police Station in Odenton where she was taken into custody without incident.

The Anne Arundel County School Board immediately removed Boberg from having any further contact with children when they were notified of the allegation.

"People who would prey on children simply have no place in our school system," said Bob Mosier with Anne Arundel County Schools.

Mosier said Boberg substitute taught at a handful of county schools since 2017 but there is no evidence there were other victims.

A judge ruled at the hearing that she could be released on her own recognizance. Court records show she also had a peace order filed against her the day after police first talked to the victim.