As thrilling as it can be to watch professional actors on stage, it is also intriguing to see where they got their start. With nearby colleges promoting studies in the performing arts, you have the opportunity to attend entertaining shows at a reasonable price to help support the emerging talents of local actors. 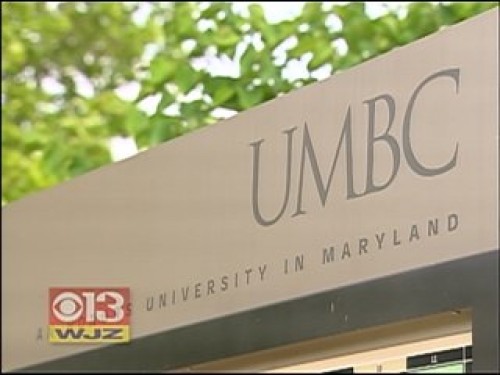 The students studying theater at the University of Maryland Baltimore County are honing their craft under guidance of internationally known faculty. What is taught in small classrooms is then brought forth to the community in the form of unique productions. This fall, UMBC presents a modern telling of "Eurydice." This Greek myth follows Orpheus's journey into the underworld to reclaim his wife. The god, Hades, swayed by Orpheus's music, tasks the hero with resisting to look upon Eurydice's face until they cross the threshold back to the land of the living. Directed by Nyalls Hartman, "Eurydice" focuses on the title character's identity, as well as themes of love and sacrifice.

Related: Best Shows To See This Fall On A Budget In Baltimore

The Performing Arts department at AACC offers courses in dance, music and theater for all levels. Students often develop skills for further study in universities across the country. Lars Tatom will direct the Mark Twain classic, "The Adventures of Tom Sawyer," to be performed at the Robert E. Kauffman Theater at the Pascal Center. This coming-of-age tale takes place in mid-19th century Missouri and follows a poor, albeit mischievous young boy in his experiences with friendship, murder, young love and a search for buried treasure. Bring along children to share this timeless story, relatable to all.

The Carroll County Community College's theater program covers everything from dramatic expression to the more technical aspects of a production. Students inevitably pursue further education in Maryland and out-of-state institutions. Thornton Wilder's Pulitzer Prize-winning play, "Our Town," follows the residents of the fictional town of Grover's Corners, N.H. in the early 20th century. Complete with the character of Stage Manager to break the fourth wall, the three-act play exhibits ordinary life juxtaposed with larger themes of life, marriage, death and eternity.

Although about a two-hour drive from Baltimore, this play will be worth the commute. Director Michael Ellis-Tolaydo tackles the winner of the 2007 Edinburgh Fringe Festival, "The Container." Being smuggled to England in a shipping container are five immigrants from the Middle East and Africa. Four simply want to begin a new life while the fifth is looking to reunite with his family. During their travels, these individuals discuss their fears and hopes. Will they arrive safely? Is the Turkish trafficker trustworthy? What will their future be like in a new country? You can be sure this rendition of the play will showcase the many talents of the students of St. Mary's theater department who face a wide curriculum including directing, scriptwriting, costume, lighting design and more.

Hang on to your seat and prepare to see a hilarious breakdown of 37 of Shakespeare's plays enacted within 97 minutes at the Community College of Baltimore County's Essex Campus. "The Complete Works of William Shakespeare Abridged" is a parody, utilizing audience engagement and even some improvisation, much like those at the Maryland Renaissance Festival. CCBC is the perfect place for such a play, offering theatrical education from preschool through college-aged students. Moreover, productions are led by professional directors and designers.