Yuridia Ochoa was arrested in a case that began at 9:37 p.m. when officers in a police helicopter spotted a vehicle doing donuts in the area of East Santa Clara Street between Fourth and Fifth streets, according to police. 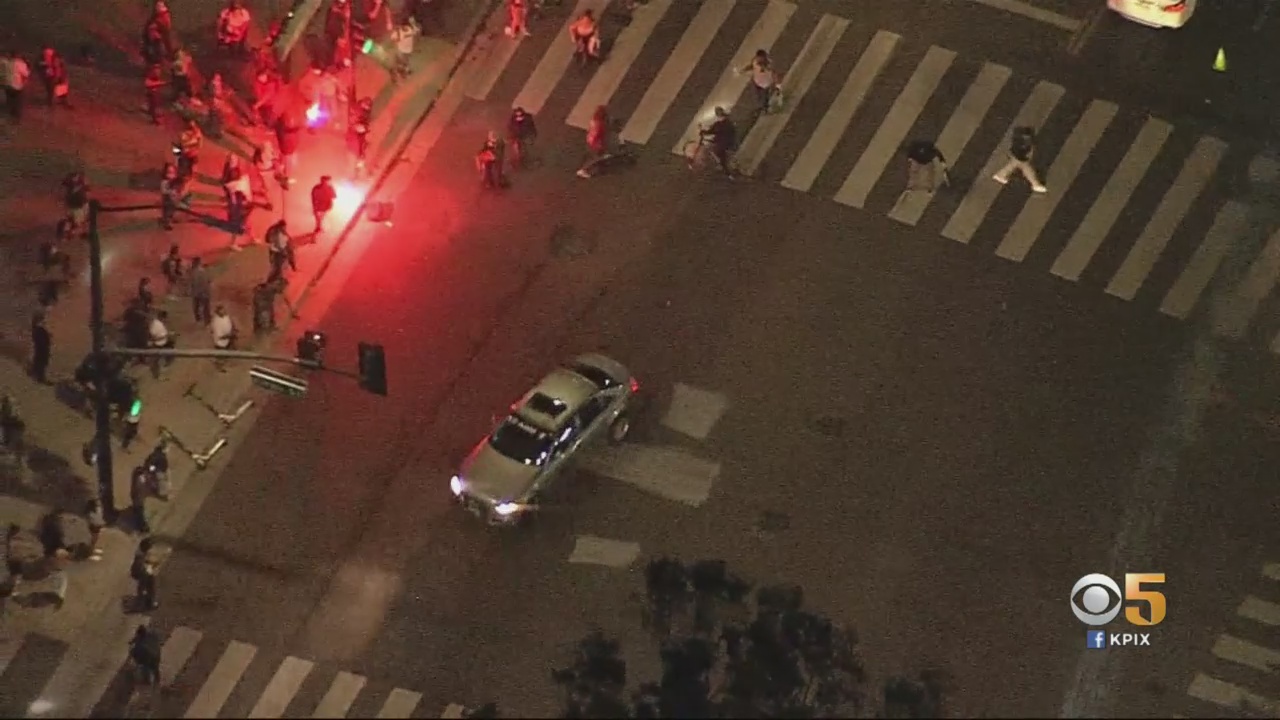 When officers approached, Ochoa fled again, hitting a motorcycle officer and knocking him to the ground. She fled on East Mission Street toward North Eighth Street and went into an apartment building's driveway and down a ramp to a parking garage, the chief said.

An officer got off his motorcycle and gave commands as he approached the vehicle, but Ochoa allegedly put the vehicle in reverse and backed it toward an officer, who fired at least once at her, Garcia said.

Ochoa was taken to a hospital to be treated for injuries not considered life-threatening. The officer, who has 13 years of service with the department, was not injured, according to Garcia.

The pedestrian hit during the sideshow is also expected to survive.

"We're very fortunate that the pedestrian was not killed," the chief said.

Ochoa has an extensive criminal history and she was on active probation, Garcia said.