VALLEJO (BCN) -- Police in Vallejo are seeking the public's help in the investigation of a shooting outside a birthday party last year that left two women dead and injured three others, including a 10-year-old child..

The Vallejo Police Department's detective division continues to follow up on all leads in this 15-month-old case. The shooting occurred outside at the scene of a family gathering in the 100 block of Cynthia Avenue in Vallejo. A 67-year-old woman and a 37-year-old woman died.

Vallejo police said officers responded to a report of a shooting at 9:49 p.m. in the normally quiet neighbor near Amelia Street and Cynthia Avenue in the north part of the city.

Upon arrival, officers discovered five gunshot wound victims -- four adults and a child -- ranging in age from 10 to 63 years old. 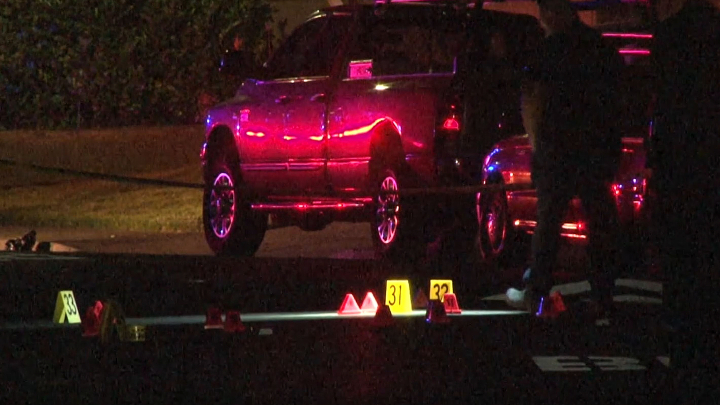 The day after the shooting, one of the victim's family members spoke out, calling the shooters "cowards."

"The guys whoever did the shooting are just young cowards. They shot a bunch of young women and babies," said Vallejo resident Ronald Brown, who was hosting his grandson and niece's birthday party.

The Browns said they were finishing celebrating the birthdays of their grandson and niece when gunfire suddenly erupted shortly before 10 p.m. Tuesday. Witnesses said more than one person came out of a vehicle and started firing.

"By the time I came out, they drove off. I saw my sister in-law slumped over near her car, and my daughter's best friend passed away right there," said Brown, pointing to a spot on his front-yard.

Relatives told KPIX 5 the two women who died in the shooting were 37-year-old Kiae Washington and 63-year-old Kim Smith.

"I'm just praying everybody else is going to be okay and will get through this," said Brown.

"We had no problems with nobody. Why these guys came through here and shot up the party, I couldn't tell you why," said Brown.

"We need the public's help in solving this case," Vallejo Police Chief Shawny K. Williams said Friday. "If you saw anything that day, please come forward and help us." Reversing the negative impact of community violence and the generational trauma that often follows depends on our ability to work together."

© Copyright 2021 CBS Broadcasting Inc. All Rights Reserved. This material may not be published, broadcast, rewritten, or redistributed. Bay City News Service contributed to this report.