DUBLIN (KPIX 5) -- A day after the tragic freak accident that took the life of 48-year-old resident Catherine Kuo, Dublin on Thursday was grieving the loss of an active community member and school board trustee.

Kuo -- a wife and mother of two -- died while volunteering at a food giveaway event at Fallon Middle School Thursday morning.

Dublin police said Kuo was handing out food when she was pinned between two cars. Investigators are looking into exactly how the deadly incident happened.

A makeshift memorial is growing outside Fallon Middle School as friends and children she touched leave flowers, notes and loving messages about Kuo written on the sidewalk in chalk. 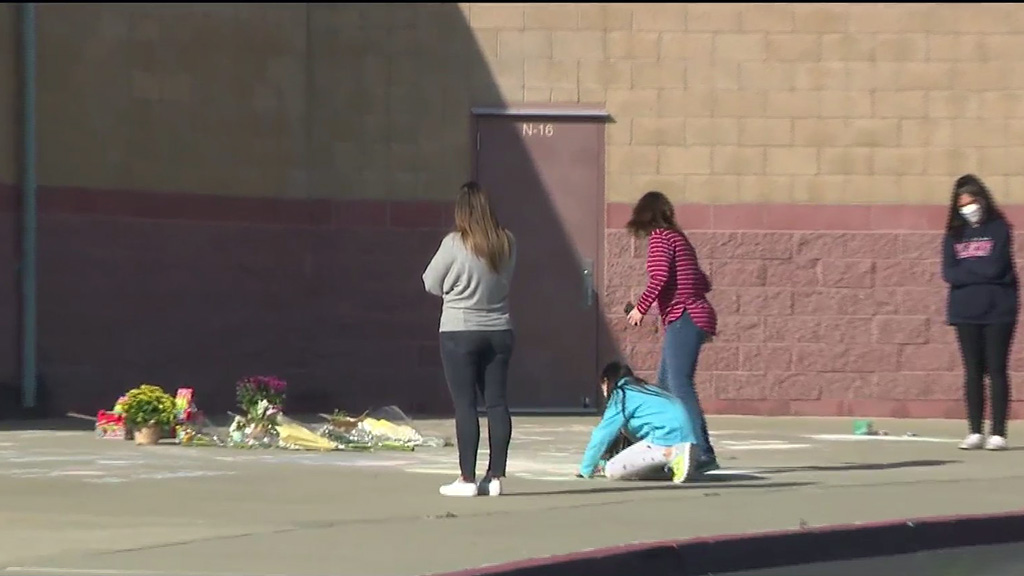 Her friends said she was the type who instantly clicked with people. They called her a voice of the community and a peace maker.

"This news has left us completely devastated and shocked. We're having a real hard time processing all of this. It's just been really hard to accept this," said close friend Ramya Ramakrishnan.

Kuo served as a trustee on the Dublin Unified School District board.

"She died giving back to our school. She died volunteering; [it was a] tragic freak accident, but she was doing what she loved," said friend Kerrie Chabot.

Kuo was first elected to the school board in 2019 and just appeared Tuesday night at the district's first in-person board meeting in a year.

"I just heard her talk during the board meeting a couple of days back. She made an amazing public comment and it was spoke passionately about Asian hate crimes," said Ramakrishnan .

At the meeting, Kuo said, "This is about protecting our frail elderly; our women. I have never been afraid to walk."

"I had never heard such a passionate talk from her before. And I was smiling when I heard that and I was going to send her a note to say how I loved her speech. And unfortunately I never got a chance to do that," Ramakrishnan said.

"She didn't want to be the central figure, and then she found her self on our school board because some people loved her and encouraged her," said Chabot.

Chabot told KPIX she set up a GoFundMe campaign in memory of Kuo to help her husband pay for funeral expenses. She said she hopes it provides some comfort to the family.