SAN JOSE (CBS SF) -- A man wandering through a San Jose shopping center carrying a knife and an axe was arrested early Wednesday after a standoff with police.

The incident took place at the Meridian Park Plaza shopping center at Branham Lane and Meridian Avenue around 1 a.m.

Officers responded to a call of a man acting erratically, waving a knife and an axe. Businesses in the mall were closed at the time. Video shot at the scene showed the officers calling out to the man as he paced in front of the stores. He was seen breaking windows of vehicles and businesses. 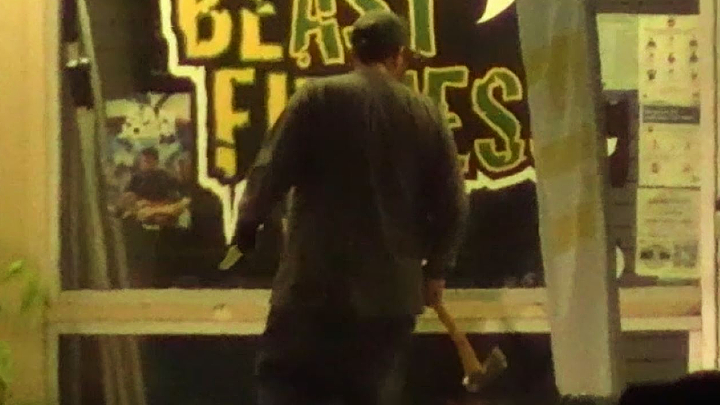 Eventually, he broke into a Beast Fitness workout gym and barricaded himself inside. Officers negotiated with the man, telling him to drop his weapons, but he did not comply. Instead, he tossed objects at them.

Finally around 5 a.m., the officers finally roused him out of the gym and arrested him without further incident.

The suspect was loaded into an ambulance for a mental health evaluation. Once treated, he will be booked for vandalism.