SAN JOSE (CBS SF) -- A sweep underway in the South Bay since the beginning of the year has resulted in San Jose police arresting 35 suspects with outstanding warrants for alleged sex crimes including felony cases of sexual assault of a minor and rape.

"These were cases where we knew who the suspects were, we could get arrest warrants for them and more or less knew where to find them to take them into custody," San Jose Police Sgt. Christian Camarillo. "Any sexual assault suspect that's out in the community is a threat."

Among the arrests were 29 made during a one-month period in a coordinated effort by several SJPD units. Five were made by detectives who spotted suspects on the street and two warrant arrests were made outside of San José.

"There's a lot of cases up there that were pending, the detectives kind of all got together and said, 'Hey, let's concentrate all our resources right now, get these warrants and let's go get these people," Camarilo said.

Many of the suspects remain behind bars, however, a number of them have already been released from jail, police said. Investigators continue to search for at least two others who are believed to have left San Jose and were never caught during the operation.

"This successful operation is a testament to the department-wide dedication at our San José Police Department to hold violent offenders accountable and uphold our standards for trauma-informed response to improve closure rates for survivors," said Councilwoman Sylvia Arenas. "Sexual assault crimes are notorious for being underreported and of those reported even less lead to arrests."

Among those arrested was Dionte Devol Foster, who has been arrested on suspicion of sexually assaulting two people in January. San Jose police Sgt. Christian Camarillo said in a news release that one of the victims took a picture of the suspect in the assaults and provided it to detectives, who in turn shared it with patrol officers.

A patrol officer recognized Foster and he was arrested the same day near South 4th and San Carlos streets.

Foster was also arrested on suspicion of sexual assault in July 2021.

All of the suspects have been charged with sex crimes ranging from misdemeanor sexual assault to felony cases of sexual assault of a minor and rape. The dates of the cases ranged from 2016 to as early as February of 2022.

Andrew Rivadeneyra, a YWCA sexual assault victim advocate, said the public likely has no idea the staggering number of sexual predators are walking among them.

"The number is even larger than that of how many people are out without serving jail time or minimal jail time, and there's so many reasons for that," Rivadeneyra said.

Many times, he said, victims live in fear and wait to step forward. It's why some of the cases in the sweep are several years old.

"So seeing that so many suspects were arrested, and some of the dates were pretty old made happy in a sense that there's some justice on that side for survivors," said Rivadeneyra.

Detectives said it was possible that there could be additional victims. Anyone with additional information about these cases is urged to contact the San José Police Department's Sexual Assault Investigations Unit at 408-537-1394.

Submit crime tips and remain anonymous by using the P3TIPS mobile app, calling the tip line at (408) 947-STOP, or on www.svcrimestoppers.org. If the information you submit leads to an arrest, you are eligible for a cash reward from the Silicon Valley Crime Stoppers Program.

Here are the suspects arrested: 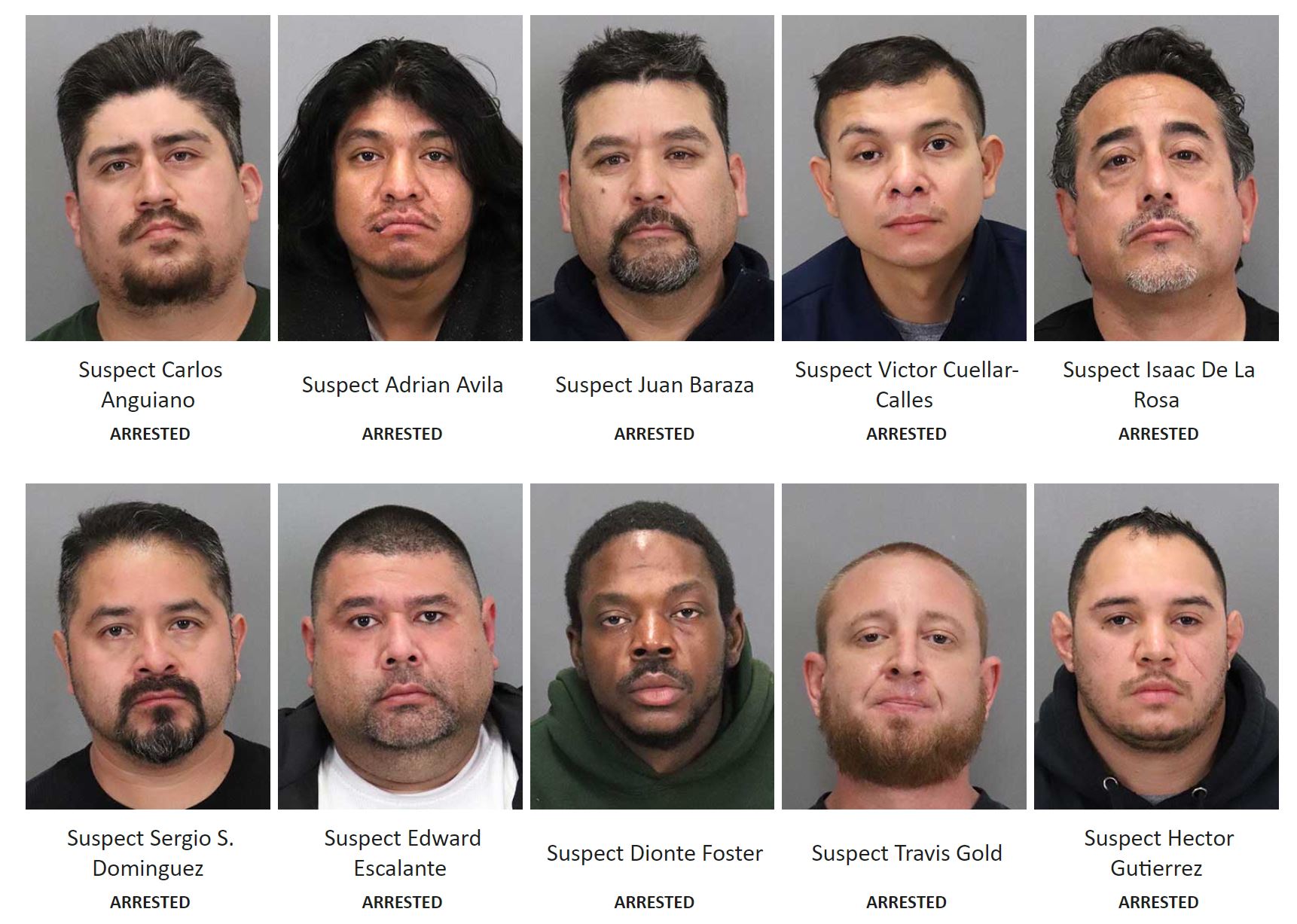 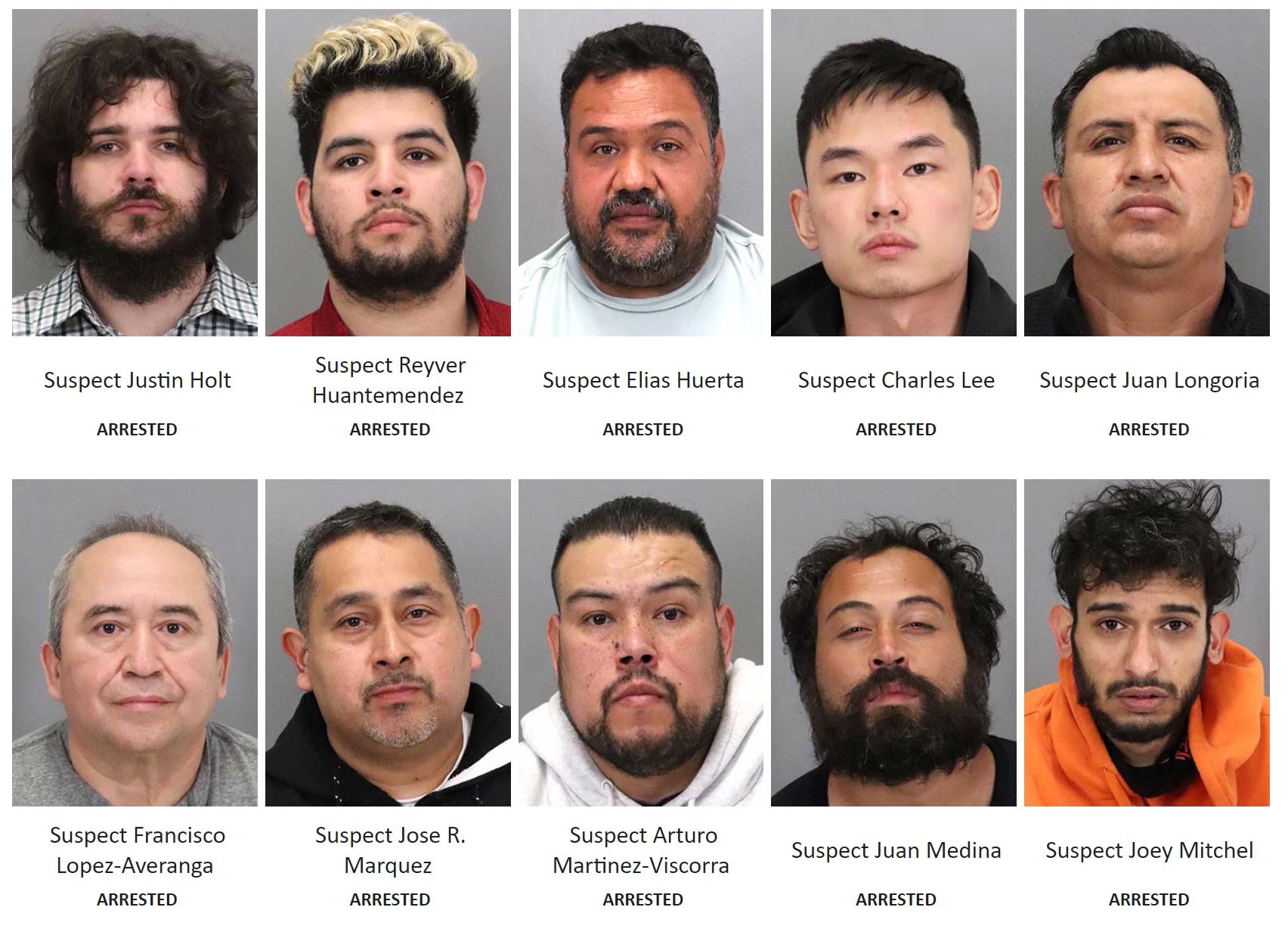 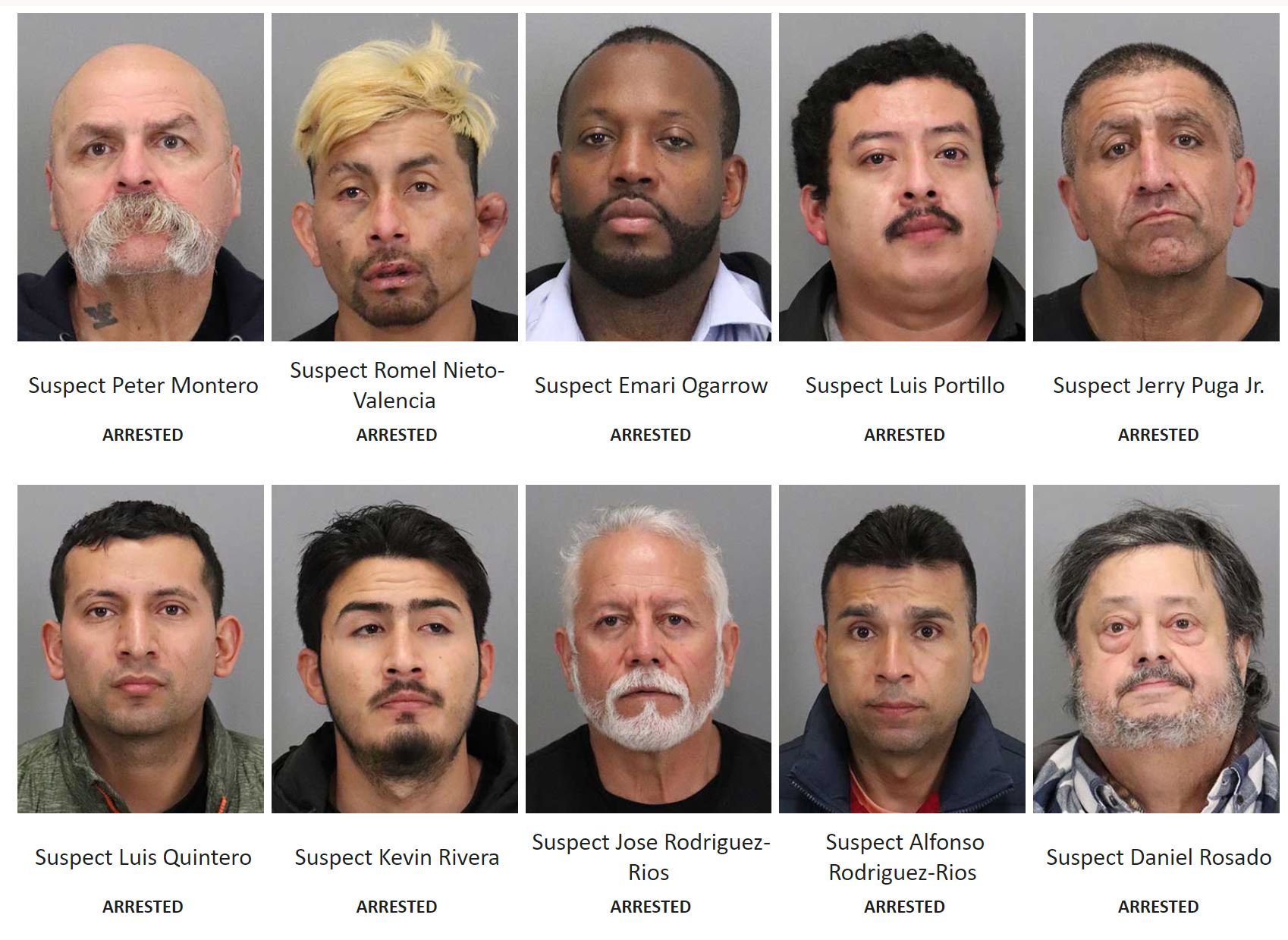