PASO ROBLES (CBS SF) -- An intense statewide manhunt was underway Thursday for Mason James Lira, a transient who allegedly ambushed a San Luis Obispo County deputy and was wanted in the homicide of a homeless man.

They also released a photo of the suspect and asked Northern California residents, especially those in the Monterey area, to be on the lookout for Lira, who is considered armed and dangerous. 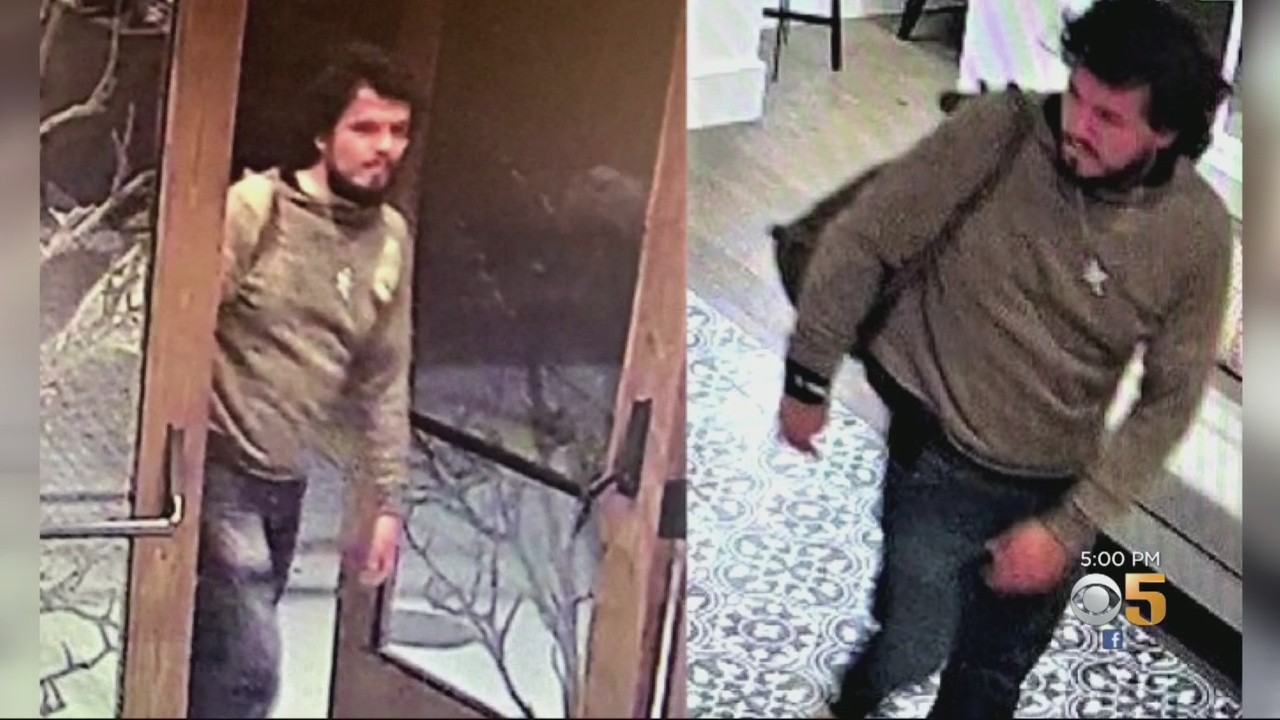 Staff on duty at the station at 900 Park Street observed the suspect outside their building who was armed with a firearm and began shooting at the police building. The police department requested assistance of the San Luis Obispo County Sheriff's Office and CHP. The suspect began firing at patrol cars as they entered the downtown Paso Robles area.

At approximately 4:19 a.m., two deputies were searching the downtown area when they came under fire from the suspect. One of the deputies was shot in the face by the suspect. The deputy's partner dragged him to safety and returned fire, Parkinson said. The bullet remains lodged in his head and he's in serious condition, he said.

"We feel that this was an ambush; that he planned it, that he intended for officers to come out of the police department and to assault them," said Parkinson.

Gunfire occurred over a span of some minutes, said sheriff's spokesman Tony Cipolla. Two sheriff's deputies were fired upon when they arrived on the scene, wounding one. His partner returned fire, Cipolla said.

The deputy was airlifted to a trauma center out of the area. The sheriff's office was not releasing his name but said he is a two-year veteran of the agency.

"He's not out of the woods," Parkinson said. "This is very serious."

Police and the sheriff's office were pursuing leads and asked anyone with surveillance video related to the shootings contact authorities.

"We feel very confident the suspect is no longer in our area," said Paso Robles Police Chief Ty Lewis.

The sheriff's office said the body of the second victim was discovered Wednesday morning in the vicinity of the Amtrak station at 8th Street and Pine Street in Paso Robles a few blocks from where the deputy was shot earlier.

Lewis said the unidentified victim was a 58-year-old male who appeared to be a homeless person sitting or sleeping near the tracks. Lewis said the man suffered a single gunshot to the back of the head.

Officials said they believed it was a lone gunman.

The FBI, the CHP and the California Department of Justice are providing technical assistance to sheriff's detectives.

The homicide investigation is being conducted by the Paso Robles Police Department while the shooting of the deputy is being investigated by the Sheriff's Office. Both investigations are ongoing.