LOS ANGELES, CA (CBS NEWS) – Playboy magazine is coming full circle, and putting one of its most famous Playmates, Pamela Anderson, on the cover for its final nude issue.

The magazine announced in October that it would get a redesign and drop its iconic nude photos, calling them "passé."

That doesn't mean the publication won't go out with a bang when its last nude issue hits newsstands. Anderson will grace the cover of the January/February 2016 double issue; the magazine will also include a 12-page pictorial of Anderson. 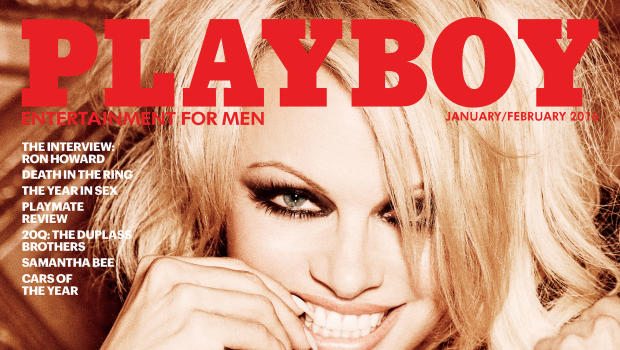 Anderson can be called a Playboy veteran: This is her 14th Playboy cover, and her 15th pictorial. The shoot took place at the Playboy Mansion by Ellen von Unwerth, and modern day Renaissance man James Franco conducted the interview with her for the accompanying story.

The former "Baywatch" star and PETA activist talked about everything Playboy, from her first shoot to the craziest thing that ever happened to her at the mansion. She even claimed that one of her sons may have been conceived at the mansion.

Believe it or not, Anderson also said she was "painfully shy" during her first photo shoot for Playboy in 1989. She said, "The photographer shot me in one roll of film because I was nervous and throwing up. But then I saw the pictures, and from there it was hard to keep my clothes on!"