OAKLAND (CBS SF) -- Move over iPad. An Oakland-based group of computer engineers unveiled CHIP, "the world's first $9 computer," capable of surfing the web and then some.

As of Tuesday, this powerful, yet tiny computer built by Next Thing already surpassed it's $50,000 goal by nearly $1 million.

Featuring a 1-gigahertz processor with 512 megabytes of RAM, CHIP says users can work on spreadsheets, save documents to the computer's 4 gigs of storage, surf the web over WiFi and play games with a Bluetooth controller.

And you don't need to be a computer hacking wiz to start using it immediately. Dozens of applications and tools are already pre-installed and ready to use the moment you plug it in.

But if you are the maker type, then you'll have a field day with the plethora of practical uses you can morph this tool into.

"Whether you're building yourself a wall clock that counts down time to the next bus at your stop, or setting up a network of hundreds of solar-powered air quality sensors for use in disaster relief, you need the same basic tools to start from: a processor, a way to exchange data, and a way to power everything," the group said on its Kickstarter page. "With C.H.I.P., all the groundwork is laid, and the only question is what you'll do next."

It's similar to the $35 Raspberry Pi, but has some key differences like built-in WiFi and Bluetooth so you can connect to the Internet and use a keyboard and mouse without any cables.

Next Thing has also built PocketChip case, a battery-powered portable unit based on CHIP that includes a touch screen and tiny QWERTY keyboard similar to the classic Blackberry. 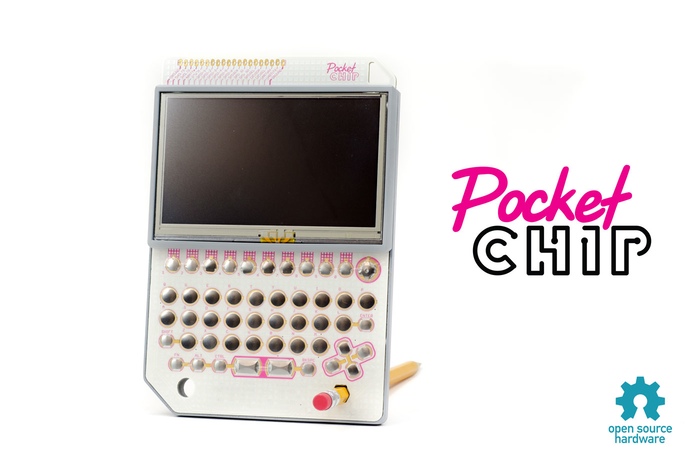 The group says they plan to start fulfilling pledge orders between September 2015 and May 2016. Just donate the minimum $9 to receive a CHIP, unless you're a super fan willing to shell out $489 for 10 pocket CHIPs and 10 basic CHIPS.