The pair hatched in incubators last week at the aquarium. 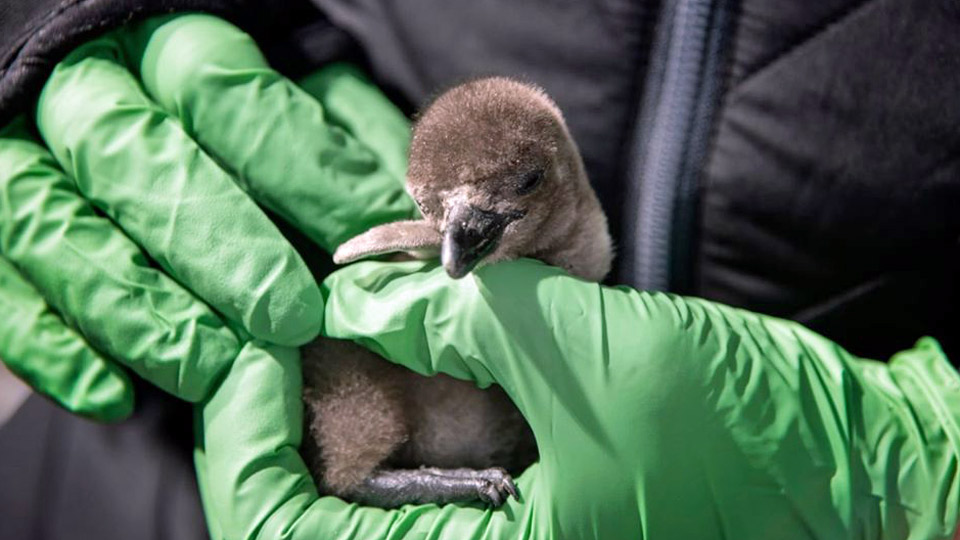 The downy-feathered chicks are no more than 5 inches tall and the younger one can fit in the palm of her hand, Fukuda said. It's too early to determine their sex.

The chicks will be on display in the aquarium's Splash Zone Exhibit until they learn to waddle, which takes about 30 to 35 days, Fukuda said.

"We try to pull them out so they don't fall or get hurt – they're not waterproof yet, either," Fukuda said.

"The chicks will remain on exhibit with their parents until they become more mobile, when they'll be moved behind the scenes for a few months to learn how to penguin. Welcome to the world, little ones!" the aquarium tweeted.

The chicks will learn how to eat from their trainers' hands, how to swim and how to respond to their names — which haven't been chosen yet.

The aquarium is considering some possible names, which will be posted on social media next week so people can vote on their favorites.

© Copyright 2019 Associated Press. All Rights Reserved. This material may not be published, broadcast, rewritten or redistributed