LAKEPORT (CBS SF) -- Lake County officials ordered the evacuation of Lakeport and the areas around the town of 4,772 residents Sunday afternoon as the flames from the Mendocino Complex Fire rapidly approached the city.

Meanwhile, residents living in the Potter Valley, the Finley and Big Valley Rancheria were told they should be ready to evacuate at a moment's notice if necessary. For many, the warning was a frightening flashback to last October when another wildfire ripped through the Potter Valley area, killing several people.

RELATED: Continuing Coverage of Northern California Wildfires
Cal Fire officials combined the River and Ranch fires together to form the Mendocino Complex Fire on Saturday. The Ranch Fire was burning off Highway 20 northeast of Ukiah and the River Fire was advancing from north of Hopland.

By Sunday afternoon, the combined blaze had quadrupled in size over the last 24 hours, charring 24,270 acres and was just 5 percent contained. A bulldozer operator and seven other firefighters have been injured, at least one home destroyed and more than 4,500 structures were being threatened.

"The River Fire poses an imminent threat to the City of Lakeport. Residents should leave immediately and seek shelter in Middletown, at the Twin Pines Casino, 22223 Hwy. 29, in Middletown," the evacuation notice read. 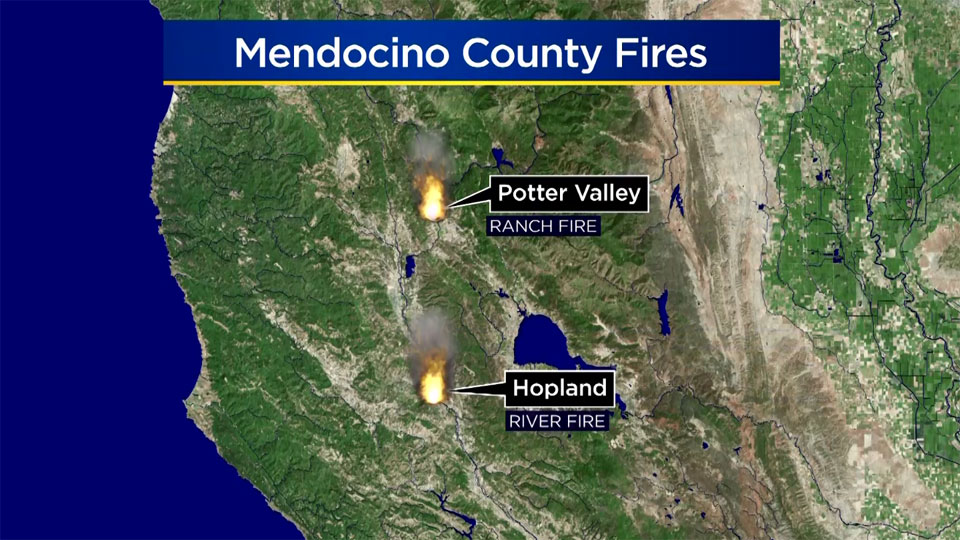 Firefighters from Hopland Fire, Ukiah Fire and California Department of Corrections and Rehabilitation were battling the blaze as other resources were tied up fighting fires elsewhere.