OAKLAND (CBS SF/BCN) -- A massive 2-alarm fire that began Friday night in a nearby homeless encampment quickly spread to the storage yard of an East Oakland recycling company, sending towering flames and a thick smoke plume soaring in the sky.

Fire officials were also forced to shut down train traffic on a nearby rail line for several hours. Oakland fire officials tweeted Saturday morning that the blaze began in a nearby homeless encampment.

"The #OFD Fire Investigator at the 2 Alarm incident tonight has determined that an encampment along the railroad tracks was the Origin of this fire. The Cause is still undetermined," the posting said.

Arriving firefighters immediately upgraded it to two alarms to keep the blaze ignited in large piles of recycled cardboard from spreading to a warehouse and other nearby structures. 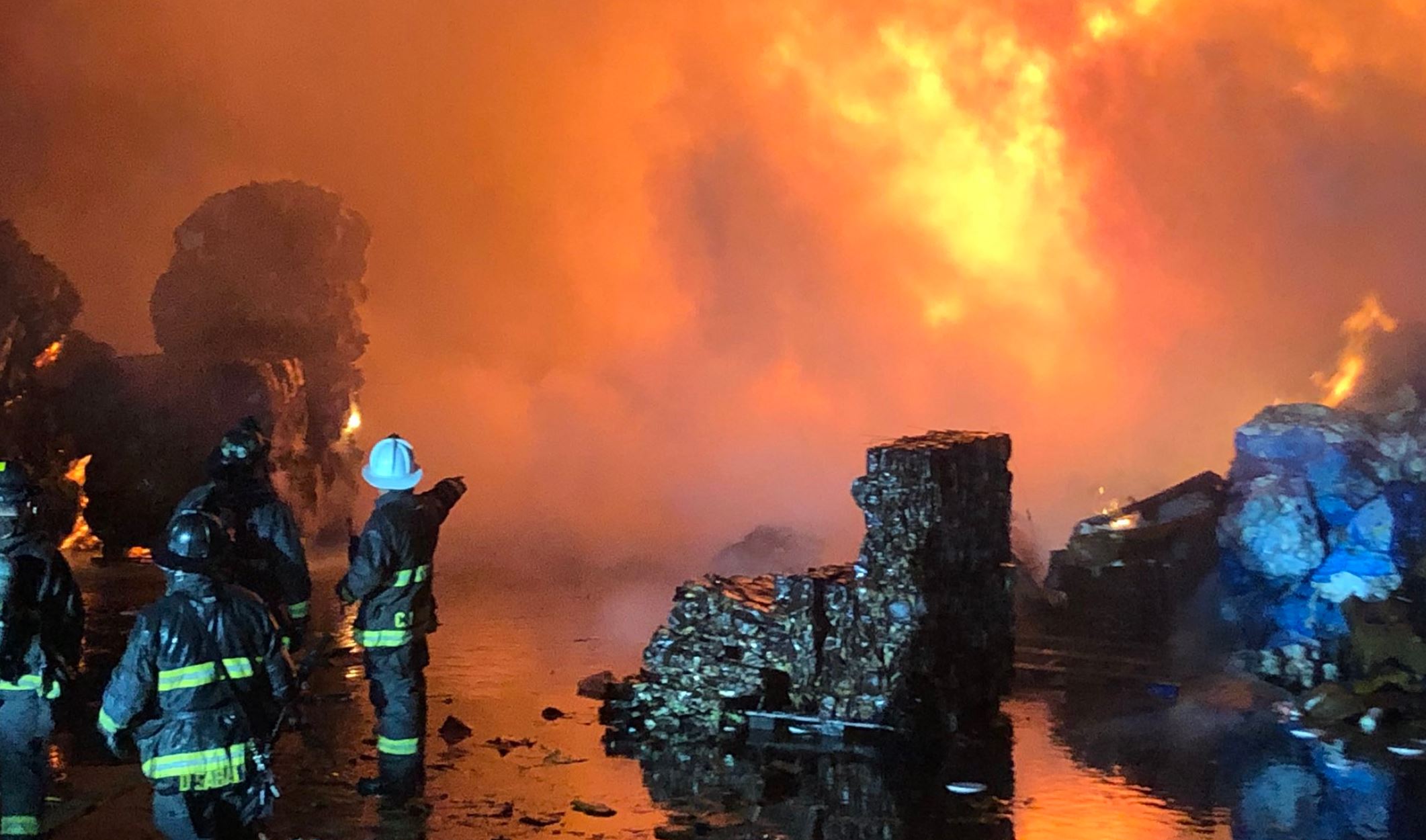 By 10:45 p.m., firefighters had contained the fire, but it was not brought under control for several more hours.

No other structures were damaged and no one was injured, Hunt said.