The landslide took place sometime after noon and fortunately no injuries were reported. The region has been battered by a storm front that slammed into Northern California on Saturday afternoon. 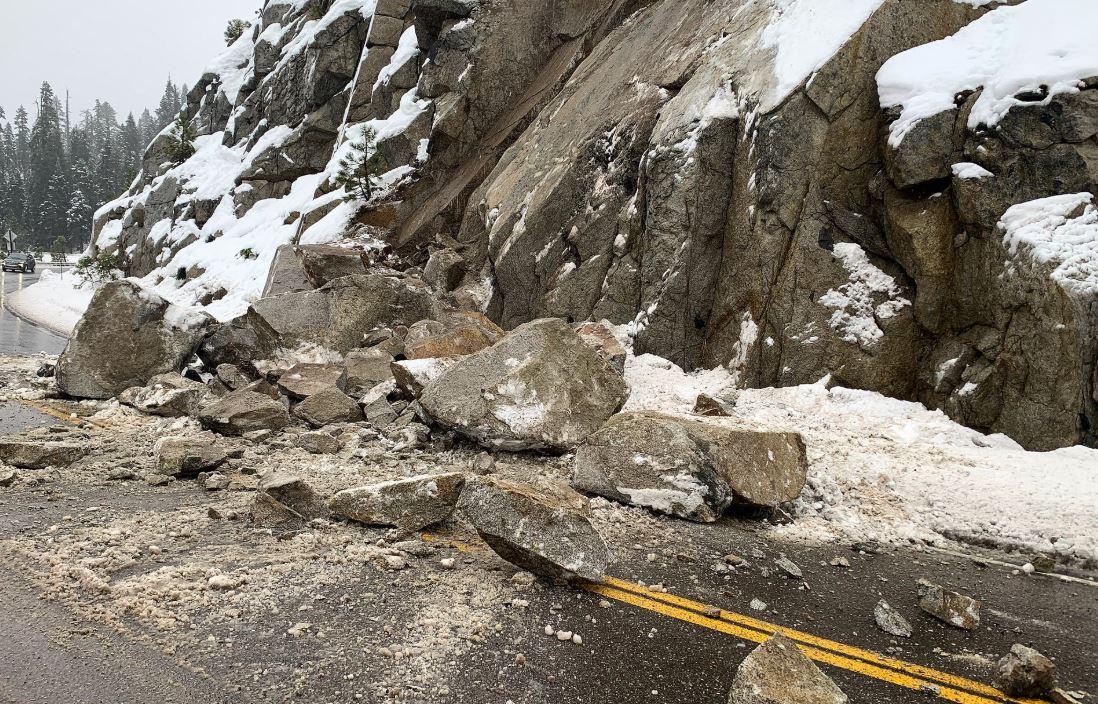 The CHP said it would take Caltrans at least five hours to clear the debris from the roadway. One-way traffic control would be used to get travel through the area until the boulders can be cleared.

More than two feet of new snow has fallen in the Sierra overnight and more than 6 feet has been recorded the past seven days at the top of some Lake Tahoe-area ski resorts.

A winter storm warning that was in place most of the holiday weekend expired at 10 a.m. Monday. The National Weather Service said 29 inches of snow fell at Northstar California ski resort near Truckee over the past 24 hours for a total of 73 inches in a week.

About a foot of new snow was reported at the south end of lake and at the Mount Rose ski resort near Reno.