Although the final Stern Grove concert and nonprofit fundraiser -- The Big Picnic -- that was set to feature a historic summit of iconic Oakland music acts Tower of Power and Too $hort had to be canceled due to the extensive damage across the historic park and concert meadow from flooding caused by a ruptured water main last week, the Stern Grove Festival is giving fans the chance to relive some highlights of the 84th season right in the comfort of their homes free-of-charge.

This year's season that had been a rousing success, despite the challenges presented by the pandemic, drawing capacity crowds to the Grove to enjoy an eclectic assortment of music acts.

Last summer, the Stern Grove Festival originally created Best of the Fest in response to the COVID-19 pandemic and moratorium on large gatherings. The virtual summer festival featured a nine-week series of videos including historic footage from the festival archives of local legends like the Doobie Brothers, Michael Franti and Sheila E. as well as visiting artists like Bebel Gilberto, Bettye LaVette, Mavis Staples and Los Lobos. 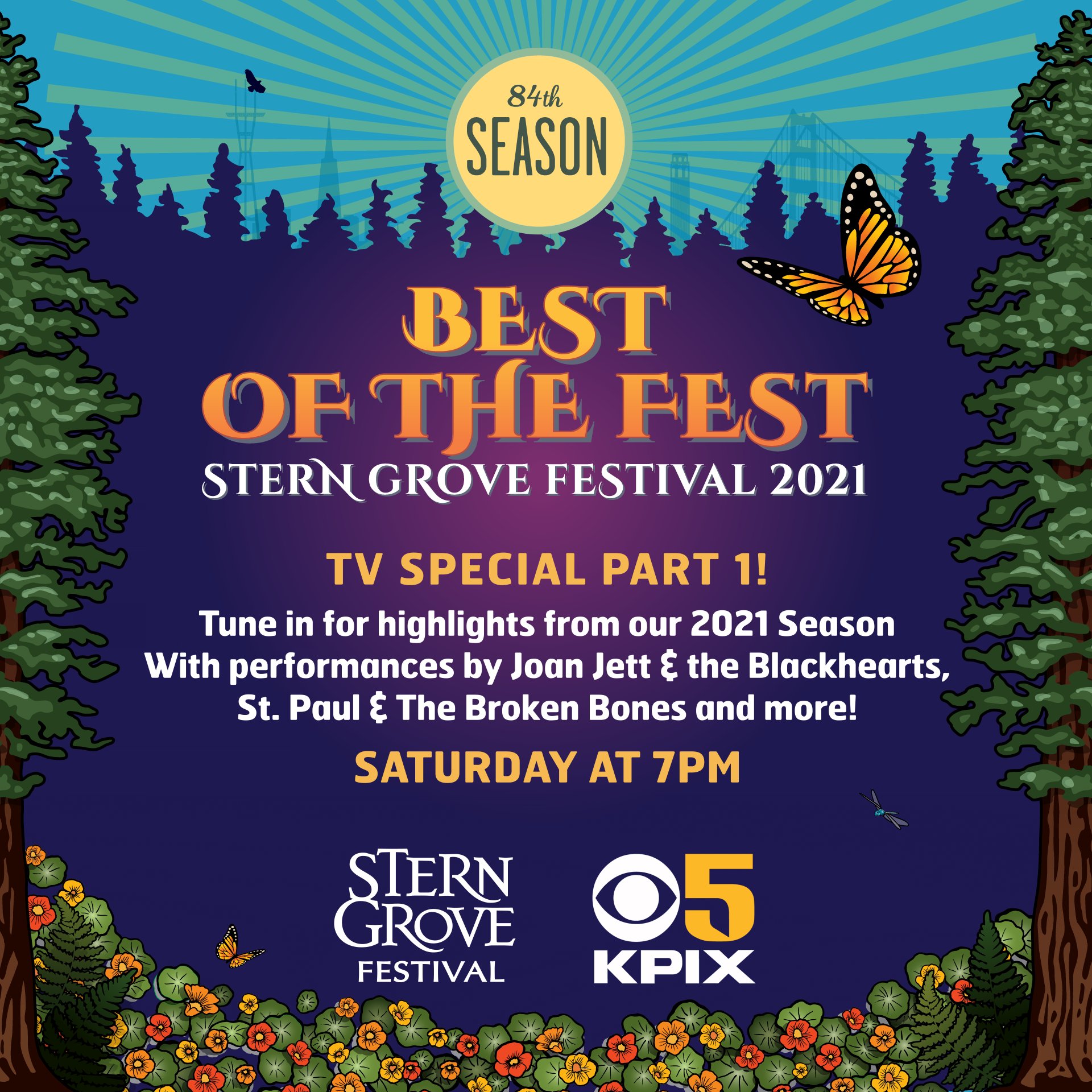 Officials have described the damage to the venue and park as "catastrophic" The Stern Grove Festival is asking for public support to help rebuild from the damage to the grounds. Fans can donate online via www.sterngrove.org or by texting STERNGROVE to 56512.

Below is the line-up for the two specials in alphabetic order: