ST HELENA (CBS SF) -- The Nichelini Family Winery has withstood the test of time -- the Great Depression, Prohibition, droughts, floods and vineyard pests. They all had taken their shot at the winery which was built in 1890 and been overcome.

On Tuesday, Mother Nature provided another challenge for Napa Valley's oldest family-owned winery. A massive blaze by the name of the Hennessey Fire.

The Associated Press moved a photo Tuesday evening showed a cabin on the winery's compound of buildings engulfed in flames. 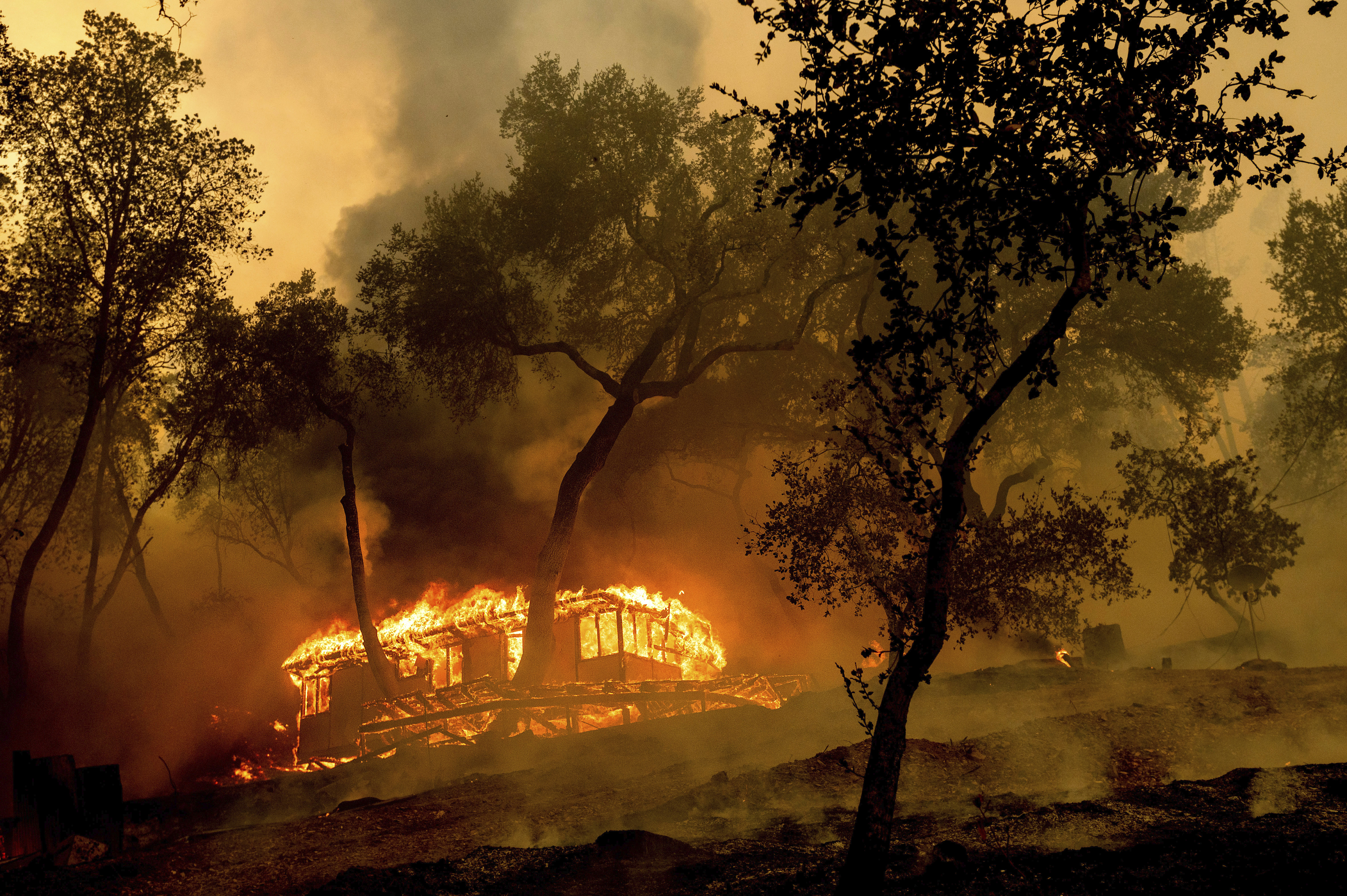 Early Tuesday, a small army of firefighters had deployed along Lower Chiles Road, preparing to do battle with the advancing wall of flames as the blaze approached the winery.

Phil Sunseri and a group of workers from the winery stood nearby. They had been preparing for this moment ever since wildfires began roaring through the region over the last decade.

"We've prepared for fire every year," he said. "The fire can be overwhelming. You just do the best you can."

Winery employees had cut firebreaks on the property and worked as guides for firefighters, showing them how to tap into the winery's water system and the best places to battle the fire. Still, Sunseri was worried it may not be enough.

"When it gets to a certain stage, we will leave," he said.

The fire started in the 60 block of Hennessey Ridge Road, east of St. Helena early Monday morning as the region was being pelted by dry lightning strikes.

The lightning had kept some in Napa County up for two nights straight, worried about lightning-strike fires.

"Last night it was loud and I could tell it was close, but I imagine lightning might've had something to do with it," said Nicholini Winery President Bill Narlock. "You can't replace it. We're gonna do everything we can to protect it."