Detectives are trying to identify the other home invasion suspects. 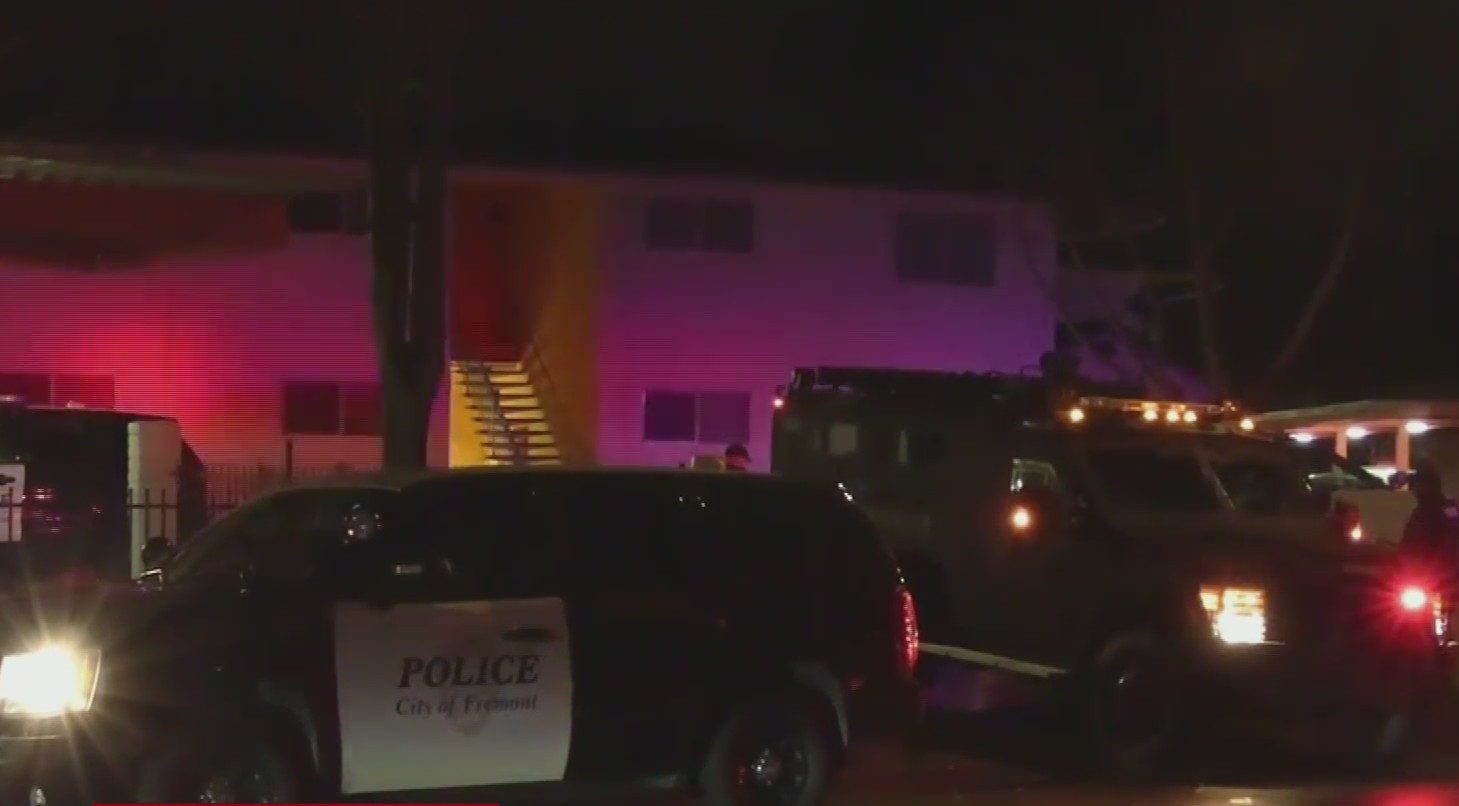 The department's Major Crimes Task Force said another resident of the apartment unit was already being investigated for a separate shooting that took place on January 24 near Grimmer Blvd. and Blacow Road. In that shooting, police said a person in a car fired a handgun at or near a pedestrian.

Detectives said the victim did not report the shooting, but evidence, including surveillance video of the shooting was found. A suspect was identified last month and surveillance was being conducted on the apartment unit, where Wednesday's incident took place.

Following Wednesday's shooting, detectives gathered evidence to arrest 23-year-old Brian Robles in connection to the January shooting. Police said Robles was not the person who shot at the home invasion suspects.

Robles was booked into Santa Rita Jail in Dublin and has posted bail. His next court appearance is scheduled for May 13.

Detectives are investigating if both shootings are connected.