The video shows a small dark sedan driving up the street after the fatal collision. A driver (who appears to be a female) dressed in a gray hoodie with dark pants and white shoes gets out of the driver's side and looks back at the accident scene.

Then the suspect returns to her vehicle and drives away. 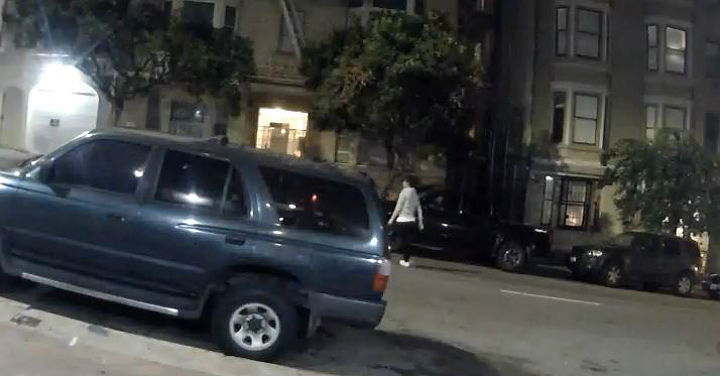 Police said the victim was struck at the intersection of Bush and Leavenworth streets around 3:30 a.m. The woman was taken to the Zuckerberg San Francisco General Hospital with life-threatening injuries but later died.

Authorities have identified the victim as 58-year-old Teresita Collins, a San Francisco resident.

Police said the suspect vehicle had left the scene traveling northbound on Leavenworth. 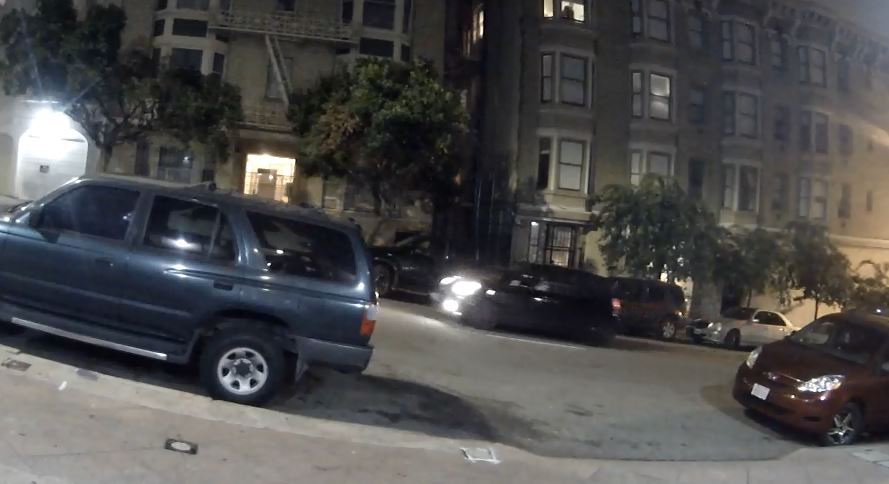 Hintereder said her daughter graduated from high school in Santa Rosa and worked for the town of Windsor for some time. In recent years, Collins had struggled with addiction and was living in a public housing facility South of Market.

"She was always a bright star in the room," said Chris Collins, Teresita's cousin. "She had been on hard times recently, but she was making a comeback.  I hope they catch the son of a gun who did it."

Friends were mourning her loss.

"She was an outgoing person and friendly with everybody. She loved everybody," said friend Margaret Stallings.

Collins is survived by two children who family said are now flying back to San Francisco to make their mother's funeral arrangements.