MENLO PARK (AP/CBS SF) -- Facebook says it is ending its practice of using face recognition software to identify users' friends in uploaded photos and automatically suggesting they "tag" them.

Instead, it is replacing the feature, called "tag suggestions," with its broader face recognition setting, which identifies people's faces in photos for various uses, not just tagging. Beginning Tuesday, people who are new to Facebook, or previously had the tag suggestions setting turned on, will instead get the face recognition setting, which they can turn on or off.

People who had the tag suggestions setting turned off will see a notice about face recognition and a button to turn it on or keep it off.

Facebook was sued in Illinois over the tag suggestion feature and a federal appeals court has ruled the lawsuit can proceed. 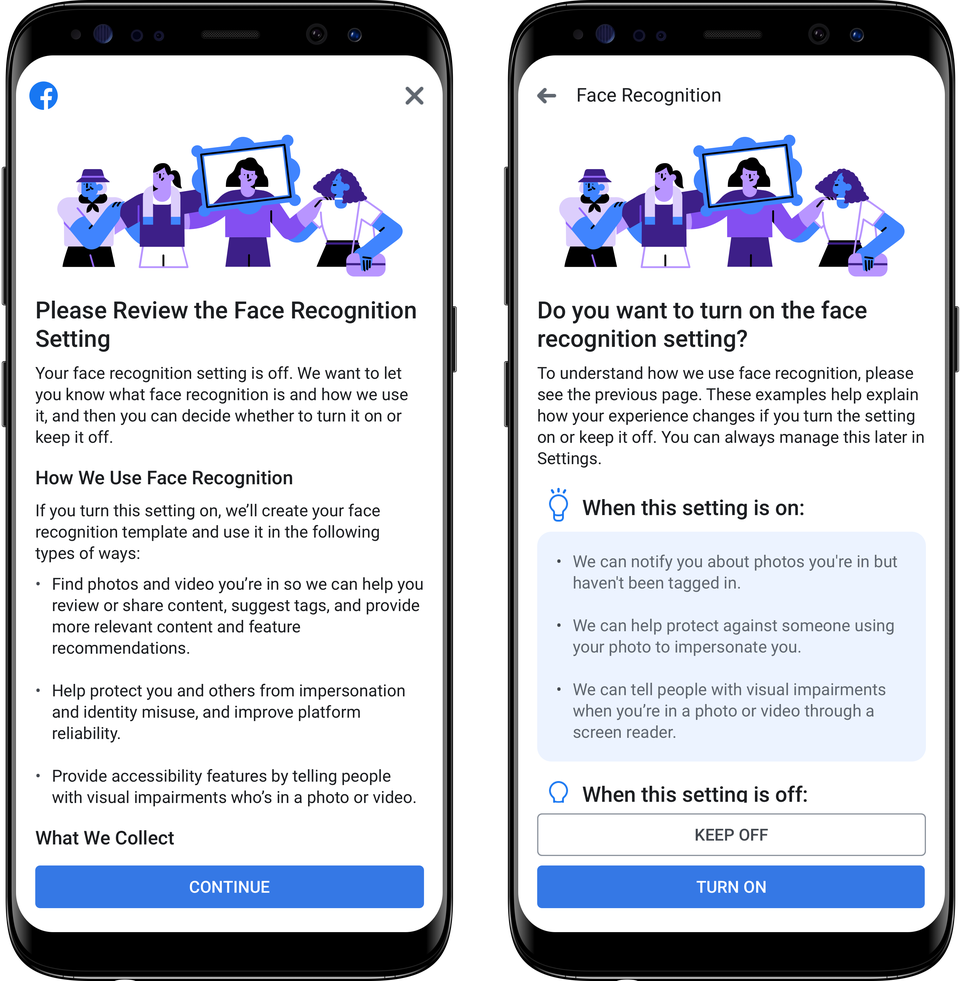 In May, San Francisco banned its police force from using the technology saying it is error-prone and misidentifies people with darker skin.

In June, Amazon employees and shareholders demanded that company stop selling its 'Rekognition' program to law enforcement, which recognize and track faces in real time, according to an investigation by the American Civil Liberties Union.

Facebook users will begin seeing notifications about the change in their News Feeds.

In a statement the company assured users, "We don't share your face recognition information with third parties... We don't sell our technology."