At Cal Fire's Friday evening news conference, officials said the complex of fires, including the timber blaze, comprising the CZU August Lightning Complex, had grown to 57,000 acres, destroyed at least 97 structures with that figure expected to climb into triple digits and has forced 64,600 people from their homes.

There was 2 percent containment of the fire complex and more than 1,000 firefighters had been deployed to wage battle with the flames.

They attempted to traffic stop -- one of the cars stopped, but the other attempted to flee and ended up in a ditch. 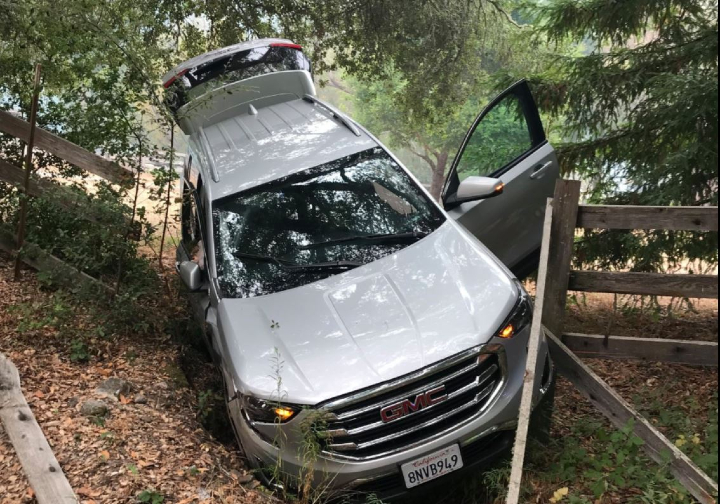 A small army of more than 1,000 firefighters battled the fire after it ripped through the Bonny Doon area overnight, burning homes.

"Overnight we again, experienced more significant fire behavior throughout the fire," Cal Fire Battalion Chief Mark Brunton said. "We did see a little bit of a marine influence of some moist air that came into the incident earlier in the evening although that was short lived. When it receded back our fire conditions increased significantly."

"We did see more active fire on the eastern part of the fire. This did impact some of the communities from Boulder Creek and Ben Lomond and further south," he said. "I'm sorry to say there was more structure loss to the fire. Again, the fire conditions, lack of resources, we are doing the best we can." 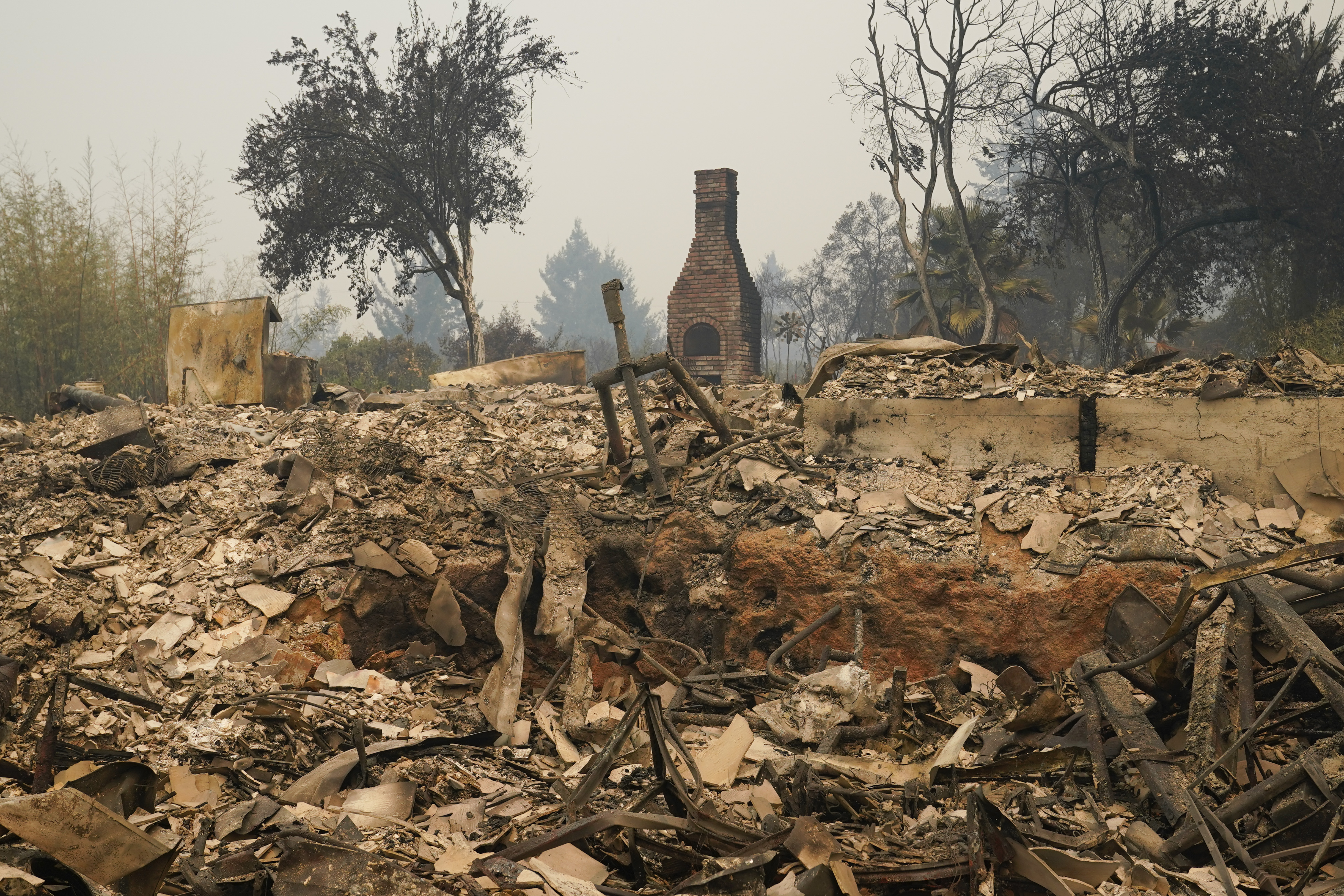 Brunton also urged local residents to evacuate when ordered and not try to take matters into their own hands. Firefighters were forced to reallocate much needed resources to stage at least three rescues of trapped residents overnight.

"There were a number of fantastic saves by first responders -- not only the firefighters but our law and order brothers and sisters," Brunton said. "One of the things that continues to hamper us -- We do have the evacuation in place and they are in place for a reason. Not only for the public's safety and the safety of our first responders, but with that when people do stay behind and do try to take matters in their own hands with trying to suppress fires it creates a bigger issue for our first responders."

"Those that stay, and last night we had three separate rescues that pulled our vital, very few resources away (from fighting the fire to having) to rescue those individuals because they put themselves in peril," he added. "They are not trained firefighters and I know they are trying to do the right thing for their property and neighbors, but in the long run it has created a bigger problem."

While no fatalities have been reported, law enforcement officials said they were investigating at least one missing person's report on Friday morning. 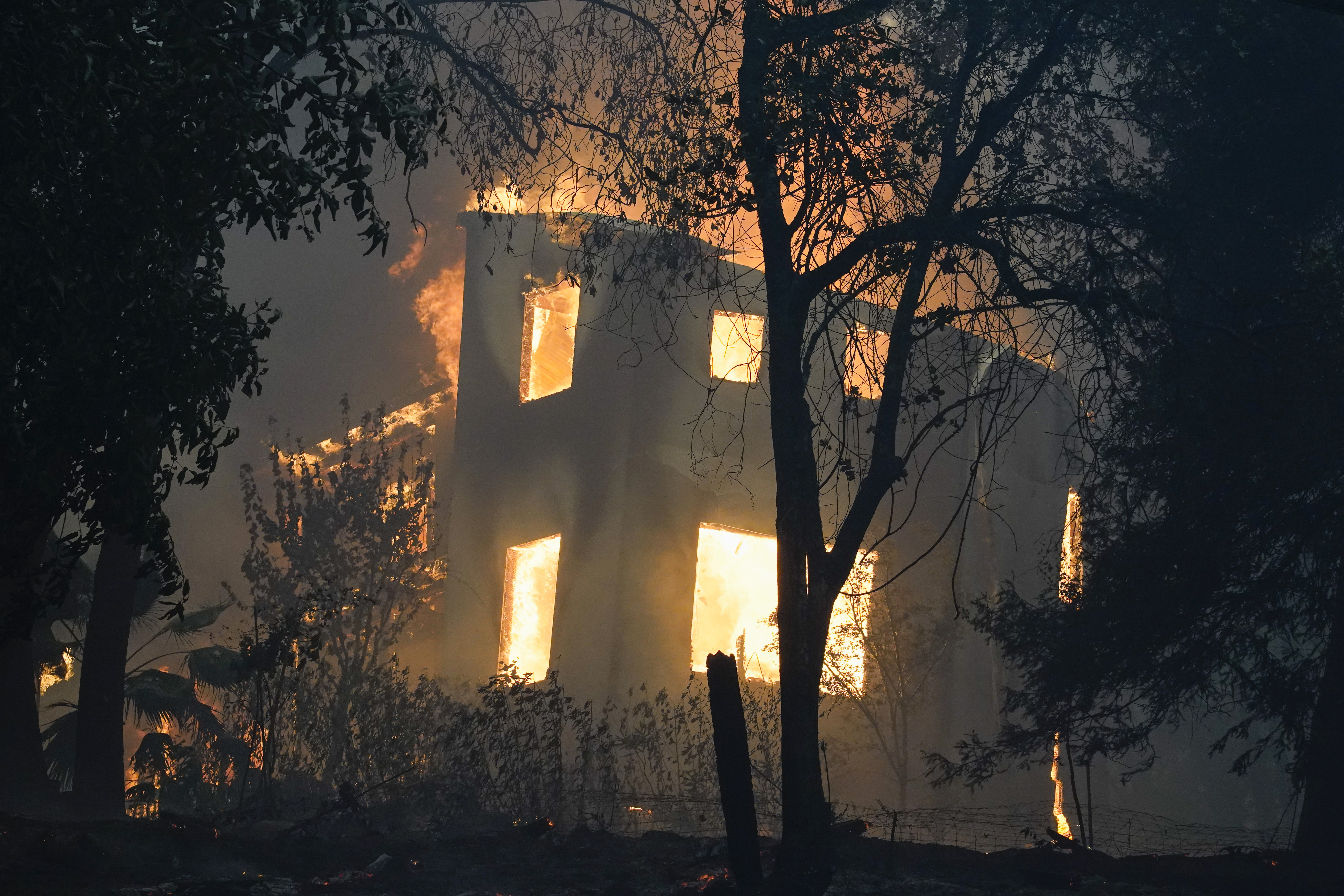 The area under evacuation orders and warnings early Friday in the Santa Cruz Mountain area stretched from La Honda to the north, to Skyline Blvd. to the east, to the Pacific Ocean to the west where it has forced the closure of a stretch of Highway 1 to UC Santa Cruz in the south.

Fire officials said it could be weeks before residents are allowed to return to their homes.

"Cal Fire has been around more than a hundred years and there really hasn't been a fire of this magnitude in this area," said Cal Fire Battalion Chief Matt Wallen. "We're having a hard time combating the fires so we're doing the greatest good for the residents by assuming that defensive role going from house to house and firing out around the house."

Among the areas ravaged by the fire was Big Basin Redwoods State Park, a favorite getaway for Bay Area resident. The headquarters buildings have all been turned to rubble, but fortunately most of the majestic ancient redwoods remained stand Friday.

Meanwhile, Felton was among the many mountain communities evacuated Thursday. Thick smoke enveloped homes and businesses as local resident hurriedly loaded up their vehicles to flee. 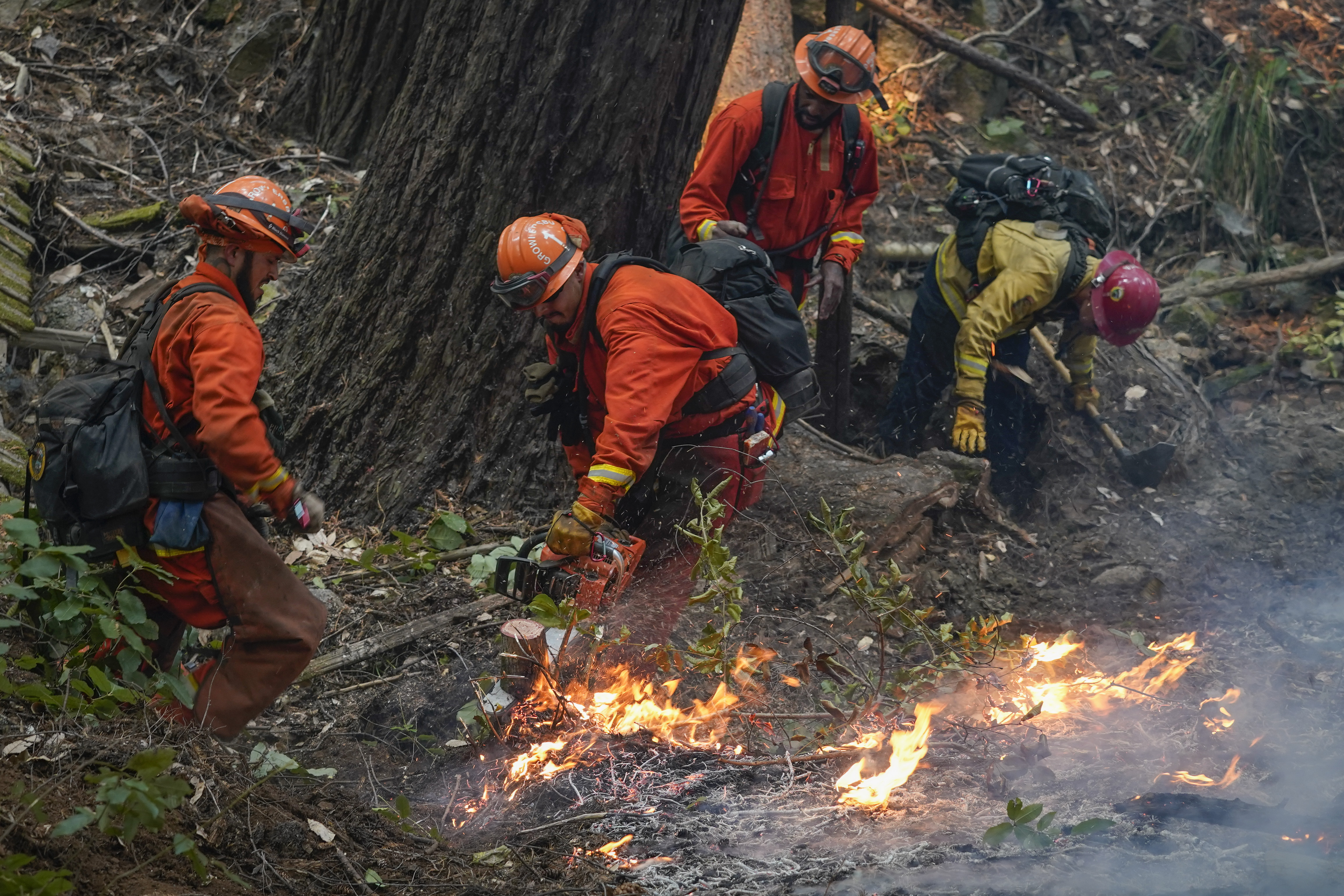 "The fire's right up the hill," said Damien Mason. "We're getting out of here."

Just like many evacuees, Mason grabbed what he could fit in his vehicles before heading to family in the Bay Area.

"I've been in the mountains almost all of my life and never had to evacuate," he said.

Danielle Banks said deciding what to take and leave behind was difficult.

"You know that you need the bare essentials and everything else could be replaced," Banks said. "It's overwhelming, you just want to grab one more thing and you can't." Susan Thompson and her husband Wayne Thompson packed their car with their animals and belongings before Scotts Valley was officially evacuated Thursday evening.

"We're thinking about what's not replaceable, what has meaning," Susan Thompson said.

"My concern is that the valley that I know and love will not be here in a week but I just keep my fingers crossed," said Garrett Gordon, who lives in Boulder Creek.

Allen Strong, who decided to stay at a friend's business in Ben Lomond, said he refused to heed evacuation orders.

He said he had been dousing his friend's bakery and other nearby buildings to save what structures he could.

"I'll run to the house all the way in the back, there's a swimming pool there and me and my dog will be in that pool sipping for air," he said. "This is real, I mean look at it, it's pretty crazy."

• University of California Santa Cruz, campus only (Zone: SCZ 4)
• All areas adjacent to the Bonny Doon and San Lorenzo Valley should be prepared to evacuate if necessary. (CRZ7, CRZ8)
• Areas west of Highway 9 to Empire Grade
• South from Bear Creek Road to Felton, this includes Ben Lomond.

© Copyright 2020 CBS Broadcasting Inc. All Rights Reserved. This material may not be published, broadcast, rewritten, or redistributed. Bay City News contributed to this report