The Black Keys are the dominant rock band of the moment, if the GRAMMYS are to be believed.  The band won a handful of awards, while Dan Auerbach has won an additional one for Producer Of The Year (and one of the albums that he produced, Dr. John's Locked Down, also won a GRAMMY).

Later on, in one of the most high energy performances of the night, The Black Keys took the stage joined by Dr. John and New Orleans' Preservation Hall Jazz Band.  Dr. John was decked out in his "Night Tripper" headgear (seen on the cover of Locked Down). Keeping it short, sweet and to the point, the collective blasted through "Lonely Boy," opting to avoid the medleys that are often performed by one-off collaborations at the GRAMMYS. 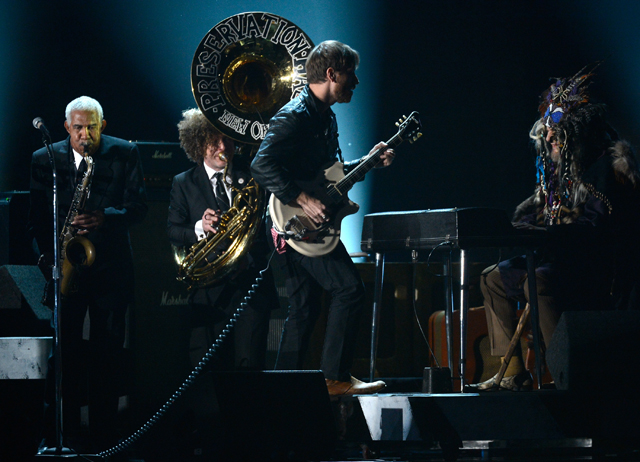