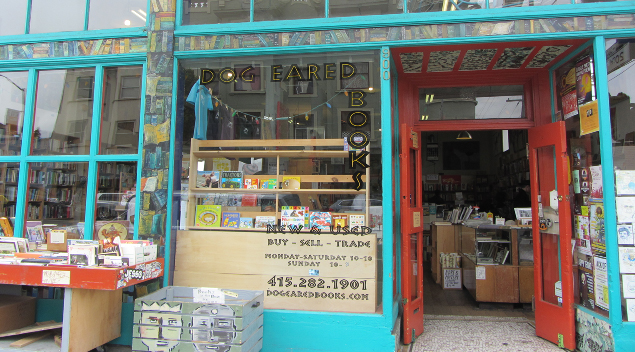 Drop Everything and Read Day (D.E.A.R.) falls on April 12 kicking off a month-long celebration to remind people of all ages to make reading a priority in their lives. Held annually on the birthday of author Beverly Cleary, who first wrote about D.E.A.R. in her children's book Ramona Quimby, Age 8. D.E.A.R. programs are now celebrated in libraries, bookstores, schools and other organizations across the country. In honor of Beverly Cleary's contribution to reading and ahead of Independent Bookstore Day next month, Bay Area residents are encouraged to visit a local used bookstore and perhaps take a book or two home. Here are five of the best used bookstores in the Bay Area.

For more than 20 years, Dog Eared Books has been able to weather the storms and remain in business as an independent bookstore in San Francisco. Located on a busy street corner in the Mission District, this bookstore has a sizable collection of new and used books. They have a little of everything despite its relatively small size. First time visitors may be able to find some hidden gems both inside the store and outside in the bargain bins. Dog Eared Books continues to buy books daily at the front counter and books that aren't purchased can be deposited in the free box outside as donations to the neighborhood. 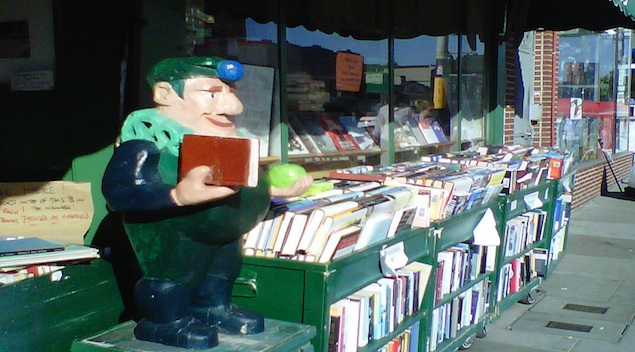 Green Apple Books has consistently been called the best bookstore in the Bay Area for the past several years. Founded in 1967, before Apple Records was created and well before another Bay Area company helped shape Silicon Valley, this amazing bookstore reportedly has more than 60,000 new and 100,000 used books. Located in the Inner Richmond district just south of the Presidio, Green Apple Books has been a notable supporter of locally owned businesses. They helped found the San Francisco Locally Owned Merchants Association a consortium of local merchants whose membership now exceeds 200. Last year Green Apple Books was named Bookstore of the Year by Publisher's Weekly, the nation's leading resource of the international book publishing business. A second store, Green Apple Books on the Park, opened last year and is located near the southern border of Golden Gate Park.

Founded shortly after San Francisco's landmark bookstore City Lights opened its doors, Kepler's Books has been described as the "cultural epicenter of the Peninsula's counterculture" and is one of the premier independent bookstores in the country. Celebrating its 60th anniversary this year, this literary haven was founded by Roy Kepler, a prominent peace activist who was the first bookstore owner in the Peninsula to sell paperback books. The bookstore once named "Bookseller of the Year" by Publisher's Weekly, has attracted free thinkers, respected literary figures and well known individuals such as Madeline Albright, Ken Burns, Jimmy Carter, Caroline Kennedy, Thomas Keller and Justice Sonia Sotomayor. Kepler's Books has over 100,000 titles, including an impressive selection of high quality use books.

Boasting more than 200,000 new and used books, Moe's Books is one of the Bay Area's most celebrated bookstores and among the most famous in the country. Founded in 1959 by Moe Moskowitz and his wife Barbara, the legendary independent bookstore opened three years after Cody's Books, another iconic bookstore, opened. Both thrived during the turbulent 1960s, when Cal Berkeley was the scene of several Vietnam War protests. At its current location on Berkeley's liveliest street, Moe's Books buys, sells and trades "all day, every day" and has had a reputation for paying fair prices for quality books. The bookstore also features a Rare and Fine Arts book department, where experienced staff members provide appraisal services for rare and unusual books. Moe's has an online marketplace on eBay, currently selling over 200 books and collectibles.

Recycle Book has been the South Bay's favorite bookstore for decades. Consistently voted the best used book store from Metro Silicon Valley reader's polls, the San Jose institution has been family owned and operated since 1967. Recycle Bookstore has more than 100,000 quality titles, in addition to popular titles and academic subjects. A second store, Recycle Book West, is lcoated in downtown Campbell.

Related: Best Local Bookstores In The East Bay
Randy Yagi is a freelance writer covering all things San Francisco. In 2012, he was awarded a Media Fellowship from Stanford University. His work can be found on Examiner.com Examiner.com.