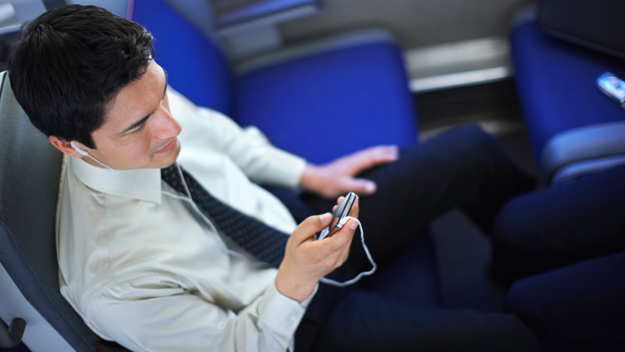 If you're looking for travel tips in advance of preparing for a trip of a lifetime, have you considered listening to a travel-themed podcast? What may surprise you, along with countless other people in search of travel advice is that there are dozens of free audio and video travel podcasts available that allow you listen or view helpful information via your mobile device, tablet, laptop or desktop computer. But which podcast should you look for on Apple's iTunes? The following list takes away all of your guessing by presenting five of the very best podcasts hosted by some of America's most respected travel experts who collectively have nearly 100 years of travel experience.

Amateur Traveler is an award-winning travel podcast and blog hosted by entrepreneur Chris Christensen. Launched in June 2005, the online travel show consists of both a weekly audio podcast and a twice-monthly video podcast, showcasing more than 400 travel destinations in addition to maintaining an acclaimed blog that's considered to be among the top 10 in the business. A former Silicon Valley executive whose resume includes leadership roles with Apple and Trip Advisor, Christensen has received a significant number of travel awards, including three North American Travel Journalism Awards and was named last year as the Best Independent Travel Journalist by Travel+Leisure. According to the current information on Christensen's official website, he has visited 47 countries and welcomes new writers to pitch a blog post. Amateur Traveler reaches an enormous audience, and its podcasts have been downloaded more than seven million times.

The name says it all, as Daily Travel Podcast is known as the "world's first and only daily podcast about travel." The Boston-based podcast is hosted by Nathaniel Boyle and features daily interviews with some of the most respected travel experts, such as Nomadic Matt, Johnny Jet and Gary Arndt, while covering a wide range of travel-related topics. The most recent podcasts have covered topics like the 25th anniversary of Halloween Horror Nights at Universal Studios Orlando and a discussion with Edna Zhou of Expat Edna on keeping a career while traveling. The Daily Travel Podcast currently has a perfect customer rating on iTunes, based upon more than 150 reviews, and is also available via Stitcher and RSS.

Described as the "Rick Steves (podcast) for the New Generation," Extra Pack of Peanuts is designed to help people learn how to travel more and spend less. The catchy name is based upon an interesting story from founder Travis Sherry, who, along with his wife Heather, has traveled around the world without having to spend loads of money. Among recent topics covered from their top-rated podcast were "How to Use Your Cellphone While Traveling," "Destination Diary: Cape Town, South Africa" and "Our Awesome Roadtrip Playlist." Extra Pack of Peanuts is reportedly the number one Travel Podcast on iTunes and, like the Daily Travel Podcast, at the time of publication the podcast boasts a perfect rating from more than 150 reviewers.

After being inspired with travel while studying abroad in 2003, Jackie Laulainen decided to lead a "vagabond" life. Her numerous world excursions have led her to fascinating places like Southeast Asia, the Balkans and Croatia, and says she has even roasted marshmallows over lava in Central America. Like all leading travel experts, Laulainen hosts both a leading travel podcast and blog, and this year is among the nominees for Best Travel Podcast for the 2015 Podcast Awards – The People's Choice. She also maintains another travel website, Traveling Jackie, has her own book out and is a contributing writer for Yahoo Travel.

No list of the very best travel podcasts would be complete without including at least one hosted by Rick Steves. Widely acknowledged as America's leading authority on European travel, Steves has published more than 40 books on European travel over his celebrated career and has hosted more than 100 popular travel shows on public television. Through his official website, Steves maintains a popular blog, provides information on his European tours and a vast array of travel tips, from trip planning and staying healthy to packing light and avoiding thefts and scams. Rick Steves offers a number of podcasts, including weekly installments of his award-winning radio show "Travel with Rick Steves," weekly installments of his European video podcasts, several European audio tours and his lecture series. His most popular podcast, "Travel with Rick Steves" covers more than just European travel, with recent titles like "Oklahoma City," "Honolulu: A Blue Mind," "Appalachian Trails: John Brown," "Unofficial Guide to Disney World" and "The Birth of Korean Cool."

Related: How To Start Your Own Travel Blog