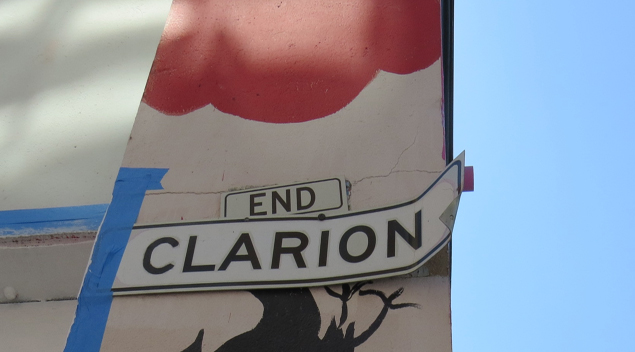 From elaborate murals bursting with colors to cutting-edge sculptures, the Bay Area is world-renowned for its incredible array of street art. What shouldn't be surprising even for international visitors is that the most stunning works of art are located in the cities of San Francisco and Oakland. While elaborate murals, world-class graffiti and inspirational sculptures can be found at multiple locations in both amazing cities, some tend to rise above others. With a nod to all of the extraordinary art creations throughout the entire San Francisco Bay Area, here is a look at just five of the best places for to view world-class street art.

There is no greater assemblage of street paintings in San Francisco than in the lively Mission District. One of the most visually striking examples of murals can be found along Clarion Alley, not far from the 16th Street Mission BART station between Valencia and Mission streets. With inspiration from Balmy Alley, another notable street art spot in the Mission District, the Clarion Alley Mural Project (CAMP) was established by a group of local artists in 1992, including two founding members who reportedly lived along the short alley. Since its founding, the Clarion Alley Mural Project has displayed more than 700 amazing murals created by more than 100 artists, including America Meredith, Sirron Norris, Susan Cervantes and Megan Wilson, an award-winning visual artist who also serves as a primary organizer, in addition to the project's curator. Balmy Alley is located 1.2 miles south of Clarion Alley, one block from the corner of Folsom and 24th streets. Balmy Street is said to have the most concentrated collection of murals in San Francisco.

Related: Visitor's Guide To The Legion Of Honor

The Remember Them: Champions for Humanity Monument is a breathtaking bronze sculpture created by acclaimed local sculpture Mario Chiodo in 2012. Just a short walk from the 19th Street Oakland BART station or the famed Paramount Theatre, the four-piece sculpture measures 52 feet wide by 21 feet high and depicts 25 of the world's most beloved humanitarians, including Mahatma Gandhi, Martin Luther King Jr., Abraham Lincoln, Nelson Mandela, Harvey Milk and Mother Teresa. The 60,000-pound sculpture is said to be the largest bronze monument on the West Coast.

The city of Oakland is legendary for its incredible street art at places like 20th Street and Mandela Parkway and MacArthur Boulevard and Seminary Avenue near Mills College. But one recent contribution is emblematic of the civic pride of the local professional basketball team and its most valuable player. Unveiled during the 2015 NBA Finals in June is the "Dubs" (nickname of the home team Golden State Warriors) featuring star player Stephen Curry in a pose inspired by the late local rap artist Mac Dre, who died in 2004. The "Dubs" mural was created by talented local artists Steve Ha and Tim Hon, from Illuminaries Mural and Design. Their brilliant artwork can be found at other Bay Area locations, including a San Francisco Giants mural at the Masonic Lodge in San Francisco's Mission District.

Originally intended to be a temporary art installation, The Bay Lights is described as the "world's largest LED light sculpture". Extending 1.8 miles wide and 500 feet high, the dazzling collection of 25,000 white LEDs is the remarkable creation of famed light artist Leo Villareal. The incredible light sculpture was an immediate success and according to Illuminate.org, has been credited for boosting the regional economy by over $100 million annually. Because the canvas of light was meant to be on display only for a two-year period, it went dark in March. However, a permanent display of the Bay Lights is scheduled to be re-launched in January 2016.