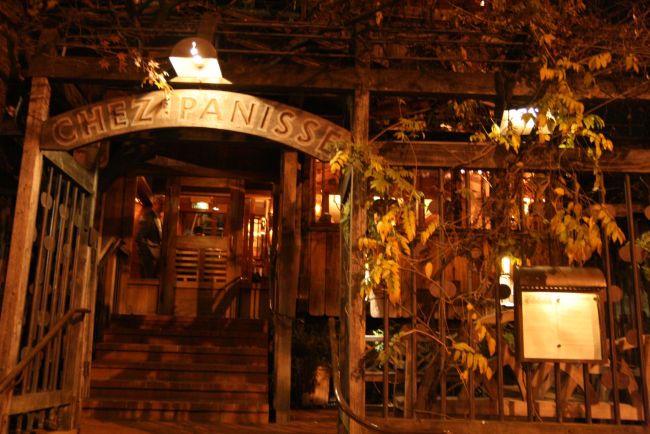 The Bay consistently ranks among the nation's top foodie destinations. That's partly because San Francisco and San Jose rank first and sixth in America for most restaurants per capita. Yet with so many choices, it's fair to say some are much better than others. Here are just five of the best restaurants in the Bay Area worth the hype.

This landmark Berkeley restaurant is one of the most honored dining establishments in the Bay Area. Described by Gayot as "a temple to gastronomy and sustainability," Chez Panisse is world-renowned for unmitigated attention in presenting lavish dishes with high quality, locally sourced ingredients. Founder, Owner and Executive chef Alice Waters is one of the most celebrated chefs in American history and is one of the creators of California Cuisine, which features fresh, sustainable foods from local sources. Among the honors Chez Panisse and Alice Waters have received over the years include Best Restaurant in America by Gourmet Magazine, Lifetime Achievement Award from Bon Appetit and Best Chef in America, Humanitarian of the Year and Lifetime Achievement from the James Beard Foundation.

Honored as the Best Restaurant in the World in 2003 and 2004 by Restaurant magazine, the French Laundry consistently ranks among the world's finest. One of just two Bay Area three-star Michelin restaurants, the French Laundry is led by Thomas Keller, the only American chef to have been awarded three-star Michelin ratings for two different restaurants (along with New York's Per Se) simultaneously. Chef Keller is also the recipient of numerous industry awards, such as James Beard Outstanding Chef of America, Bon Appétit's Chef of the Year, TIME Magazine's America's Best Chef and induction into the Culinary Hall of Fame. With a $295 prix fixe with optional wine pairing, the French Laundry is one of America's most expensive restaurants but the Chef's Tasting Menu is an extravagant culinary experience that more than lives up to the hype.

Located in the beautiful Sonoma Wine Country, Madrona Manor is a stunning 19th century Victorian mansion featuring a highly acclaimed Michelin-starred restaurant. Led by Executive Chef Jesse Mallgren, Madrona Manor Restaurant is frequently mentioned as one of the Bay Area's most romantic restaurants as well one of the most elegant. What's more, a six-course meal is a tremendous bargain at just $106 with optional wine pairings for $78. If that's not convincing enough, the historic community of Healdsburg is currently listed in the Top 10 Foodie Destinations by Condé Nast and No. 2 among Best Small Towns in America by the Smithsonian.

The Bay Area's other three-star Michelin restaurant is equally as impressive and deserving of multiple prestigious industry awards. James Beard winner for Outstanding Service for the second consecutive year, the Restaurant at Meadowood is acclaimed for its singular approach to fine dining, creating dishes unique to a guest's preferences. Executive Chef Christopher Kostow is a master perfectionist of California Cuisine, known for his famed Tasting Menu featuring nine or 10 marvelously crafted courses described as "evocative, emotional and thus very personal." At $225 per person or $500 per person for the fabulous Counter Menu with optional wine pairing, Meadowood Restaurant surpasses the French Laundry as the Bay Area's most expensive restaurant and arguably the best dining experience west of the Mississippi. 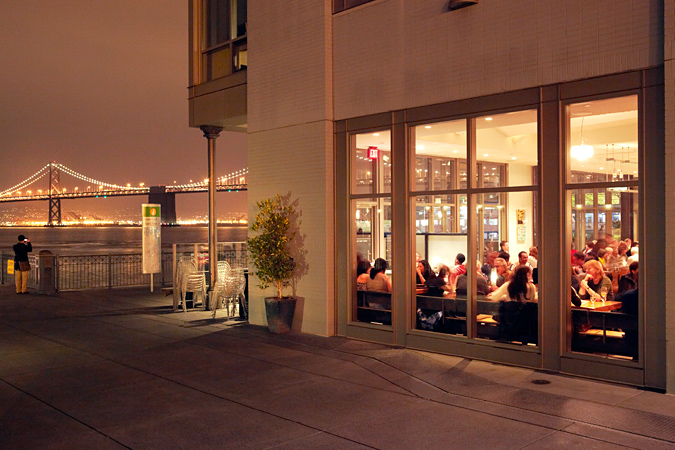 There isn't a single Michelin star currently associated with this lively Vietnamese restaurant at San Francisco's Ferry Building, but no matter. That's because the Slanted Door recently was named the 2014 James Beard Award winner for Outstanding Restaurant, ahead of pricier, more famous restaurants such as New York's Eleven Madison Park, Daniel and Per Se, and Chicago Alinea, along with its prestigious Bay Area counterparts. Owner and Executive Chef Charles Phan has led a truly remarkable life, leaving his native country after the war in Vietnam ended in 1975, then gaining valuable kitchen experience as a buser and later as a cook before opening the Slanted Door in San Francisco's Mission District in 1995, then to his current location along the city's scenic waterfront. Heralded as the creator of modern Vietnamese cuisine in America, Charles Phan is a previous winner of the James Beard Award for Best Chef in California. With a moderately priced menu, dining at the Slanted Door is another absolute bargain.

Related: South Bay's Top Wine Tasting Rooms
Randy Yagi is a freelance writer covering all things San Francisco. In 2012, he was awarded a Media Fellowship from Stanford University. His work can be found on Examiner.com Examiner.com.