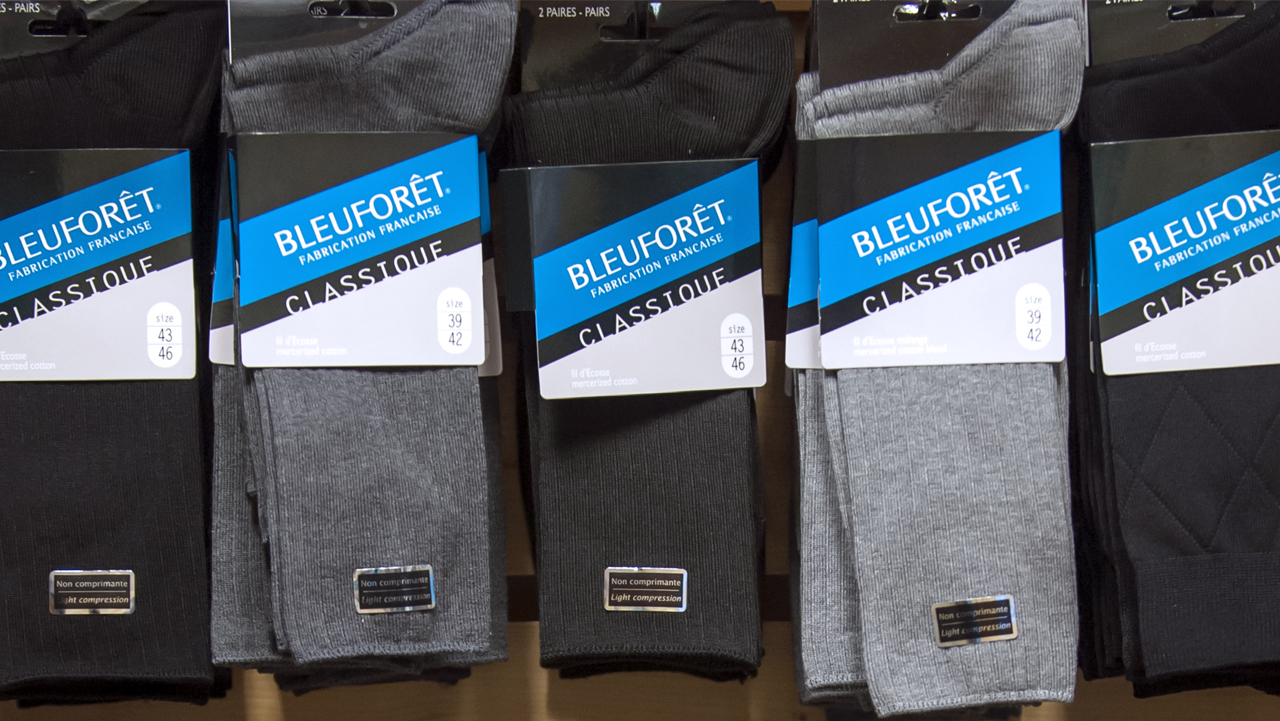 Whether you're a high tech professional, a service employee or even a recent college graduate, there will come a time when you will need a new pair of quality dress socks. But instead of purchasing items from a big box store, why not visit an independently owned business with much more flair and oftentimes a lot more history? Here are five of the best places to buy men's socks in San Francisco.

With two San Francisco locations and a strong online marketplace, Azalea Boutique may have the perfect dress socks for even the most discernable consumer. The boutique store offers a large collection of dress socks ranging from $10 to $38 from designers such as American Trench, Mr. Gray and an especially large selection from Brooklyn-based Stance Socks. Azalea is co-owned by former Ivy League college classmates Catherine Chow and Corina Nurimba, who also operate two other successful boutiques in the Hayes Valley — Welcome Stranger, another leading spot for men's dress socks, and Rand+Statler. In addition to the Hayes Valley flagship store, Azalea can also be found on Valencia Street, in the heart of the vibrant Mission District.

Located at one of the prime locations in the Financial District, Cable Car Clothiers is the oldest men's retail store in San Francisco. Operating as both a traditional barbershop and haberdashery, there is a particular emphasis on traditional British clothing at the store, but it also carries leading American brands such as Filson and Southwick. Cable Car Clothiers also offers a nice selection of dress socks through its online store, including cotton Argyle socks from Argoz ($35), a wool/cotton blend ($58) and handmade cashmere socks ($108) from Corgi. The historic clothing store also offers traditional sock garters ($58), made in England by Albert Thurston.

Housed within a pre-1906 Earthquake era Victorian in the Mission District, Unionmade was once named among the top 10 independent men's stores in the country by GQ. Also widely considered the best men's store in San Francisco, Unionmade offers nearly 100 styles of dress socks, including retro vintage selections from brands like Anonymousism, Howlin by Morrison, Kapital and Saint James. Other quality items available in-house or online include large collections of belts, blazers, shoes and boots, sweaters, ties and high end jeans. Since its launch in 2009, Unionmade has opened three other stores, including its women's store counterpart Mill Mercantile, also in the Mission District less than one mile away.

Situated not far from its original store on Sutter Street, Wilkes Bashford is arguably the leading luxury clothier in San Francisco. In the midst of celebrating its 50th year, the independently-owned store founded by the fashion legend that bears its name, carries a full line of men and women's clothes, jewelry, accessories and shoes. Its online marketplace features nearly 50 types of dress socks for men with a price range between $12.50 and $75. Among the leading brands for dress socks the store carries are British Apparel, Pantherella and VKNagrani. The Union Square store is open Monday through Saturday and Sunday by appointment.

Located in the heart of the Financial District just footsteps from the Transamerica Pyramid, Wingtip describes itself as a "one-stop shop for the modern gentleman." The independently operated business offers a custom clothing department, in addition to a number of other sections including accessories, grooming, wine and spirits and leisure. Wingtip carries more than 70 different styles of dress socks and casual socks available in a large assortment of colors or designs. The business founded by Ami Arad, who previously associated with the software industry, also features an elegant bar and lounge with private parlors on the second level.