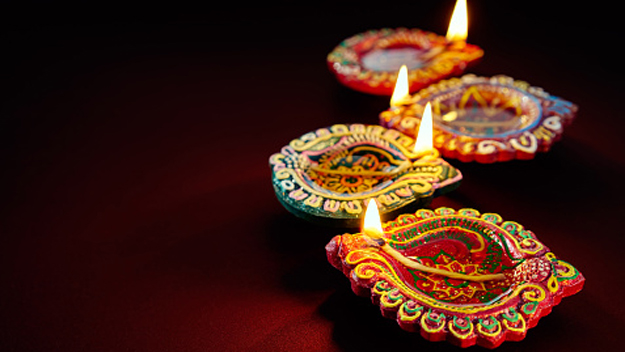 Labor Day is just around the corner, signaling the end of the busy summer season. But for many people, it's time to start planning for a trip in the fall, when lodging can be more readily available and less costly. It's also a time when many countries around the world hold some of their most important cultural festivals and events. For those thinking of a fascinating destination to visit, here is a look at five of the best international festivals held this fall.

Hosted by the Bavarian city of Munich for more than 200 years, Oktoberfest is easily the largest and most famous beer festival in the world. Attracting an estimated seven million visitors, the festival features more than 30 beer tents including 14 "big tents" with a capacity of up to 10,000, traditional Bavarian brass bands, amusement rides, great food and, of course, the much-celebrated warm beer served in glass liter mugs. Top beer tents to visit include Hippodrom, Hacker Festzeit and Hofbräu Festzelt, the beer tent for Munich's most famous brewery. Highlights of the 16-day folk festival are the Official Tapping of the (first) Keg, the Costume and Riflemen's Parade and the brass band concert in front of the Bavaria statue and Hall of Fame (Runhmeshalle). Entry into Oktoberfest is free, as are the beer tents, although reservations are recommended for entry into the most popular venues, especially on weekends.

Held annually in late September, La Mercé Festival is Barcelona's largest festival of year. An estimated two million people are expected to attend this year's event, first held in 1871 to celebrate the city's patron saint, the Virgin of Mercy. The festival is expected to last about five days, but the most important date is Sept. 24, the official day of the colorful celebration. Among the most popular cultural events held on the streets of Barcelona are the daily parades featuring a procession of paper machċé "gegants," the world-famous castellers who build extraordinary human towers and BAM (Barcelona Acció Musical), an indie music festival. Most of the events featured during La Mercé are completely free, with the exception of the BAM live music concerts.

Day of the Dead is a festive holiday celebrated throughout Mexico and all over the world, particularly in Central and South America, Europe and the United States. Coinciding with All Saints Day, the holiday honors the dead of family members and loved ones. Many traditions are associated with the important holiday, including creating altars with offerings such as flowers and bread (pan de muerto), colorful skulls made of sugar and cleaning and decorating of graves. One of the most famous celebrations is in Oaxaca, the capital city of the eponymous Mexican state and is marked with thousands of lit candles, festive music and people with painted skull faces and dressed in traditional costumes. Other famous Day of the Dead celebrations in Mexico can be found in Mixquic, southwest of Mexico City, Riviera Maya and on the island of Janitzio on Patcuaro Lake in the state of Michoacán.

Also known as the Festival of Lights, Diwali is one of the largest festivals in India and is the most important Hindu holiday, but is also celebrated by millions of other people of different religious groups, including Sikhs, Jains and Buddhists. The celebration, which coincides with the Hindu New Year, is held over five days in cities across India as well as other cities all over the world. The festival is marked by fresh flowers in homes, traditional foods, simple or elaborate presentations of lit candles and punctuated by spectacular fireworks or magnificent light shows at major Diwali festivals such as in Dehli, Mumbai and the Golden Temple in Amritsar. Among other countries that observe Diwali with large celebrations are Nepal, Sri Lanka, Australia, the United Kingdom and the United States.

Related: International Trips You Can Do On A Weekend

There are many outstanding events held in Thailand during the fall, such as the Royal Barge Procession, Loy Krathong and the Vegetarian Festival. But none is more important than King Bhumibol Adulyadej's birthday, a national holiday also celebrated as Father's Day. The world's longest-reigning monarch King Bhumibol also known as Pho Lhuang (Royal Father), will celebrate his 88th birthday this year. The festive occasion for the loved and respected king is marked by huge street celebrations, the waving of the national flag, illuminated buildings and fireworks in the evening. The biggest celebration in Bangkok will be at the Grand Palace, with a possible appearance by His Majesty, the King of Thailand. Preceding the national holiday is the start of the King's Cup Regatta in Phuket, Asia's largest and most popular regatta first held in 1987 to celebrate the King's 60th birthday.

Related: Tips On Packing Lightly For Vacation
Randy Yagi is a freelance writer covering all things San Francisco. In 2012, he was awarded a Media Fellowship from Stanford University. His work can be found on Examiner.com Examiner.com.