OAKLAND (CBS SF) -- There has been an enormous outpouring of support for two members of the band Tower of Power who were struck by an Amtrak train on their way to a gig at Yoshi's in Oakland's Jack London Square.

A benefit concert is planned at Yoshi's on January 17 to help pay for mounting medical bills of bandmates David Garibaldi and Mark Wageningen.

Bassist Van Wageningen underwent surgery to remove his spleen and has other injuries including broken bones and facial fractures. He was in a medically induced coma, but doctors say he is now responsive but in critical condition. Drummer Garibaldi is in fair condition, but will remain hospitalized.

"They are truly lucky to be alive. Major, major medical bills await both musicians with costs that will surely be astronomic. This is going to be a LONG medical journey back," wrote drummer Tommy Igoe on the GoFundMe webpage set up for the pair. "Insurance or not, this is the kind of thing that can derail families, and careers. Let's all come to together to help lighten the financial impact as much as possible and give our fellow artists support when unforeseeable tragedy strikes."

So far the GoFundMe campaign has raised more than $38,000 but has yet to reach its goal of $50,000. A second GoFundMe effort started by Peter Michael Escovedo (son of Latin percussion great Pete Escovedo and brother of equally notable percussionist Sheila E.) has raised an additional $56,000.

Check out the event poster for more info: 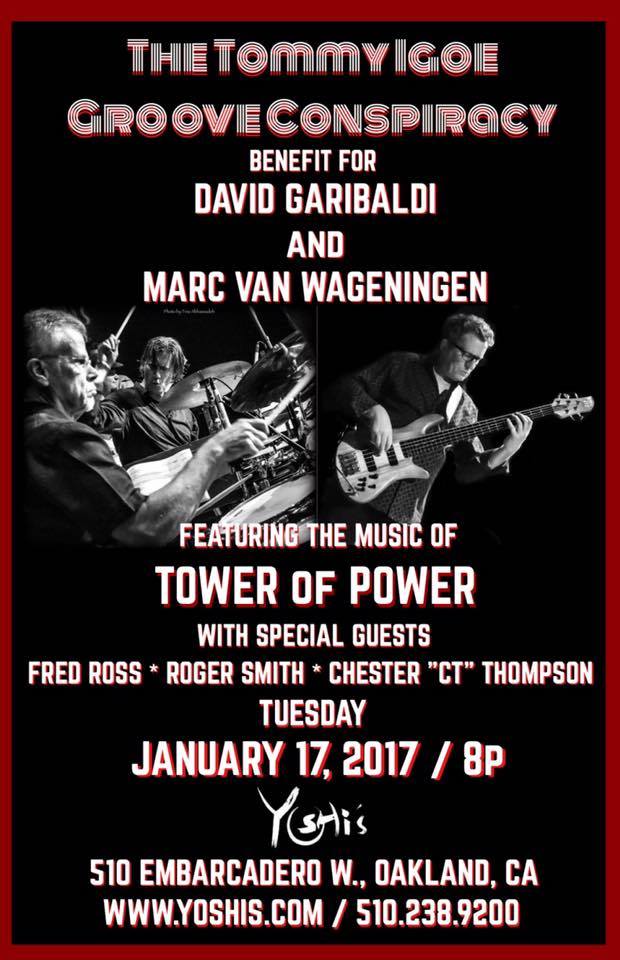