In what is perhaps the most anticipated game for the USA thus far in the 2014 World Cup, Belgium is the only thing standing in the way of a round of 8 spot and Jurgen Klinsmann's squad. Tomorrow's winner will play the winner of the Argentina-Switzerland match on July 5th and soccer fever is alive and running rampant throughout the U.S. now more than ever. Some places are even calling for the boycotting of Belgian Waffles ahead of tomorrow's match. With a spot in the round of 8 on the line, here are 5 things you need to know before the good old U S of A takes the pitch tomorrow.

Guess who's back, back again? Jozy's back, we're gonna win. Altidore is available to play tomorrow and should take some of the pressure of Clint Dempsey if he can stay healthy.

4. This is Belgium's First World Cup Appearance Since 2002

The Belgians have not played in a World Cup since 2002 after getting ousted by France 1-2 in South Korea/Japan. The Belgians finished 1st in their group and may prove to be quite the challenge for the U.S if they want to advance and play on Saturday.

A complete 180 from what he said before, Klinsmann reportedly told players to change flights until after the World Cup Final. Before going to Brazil, Klinsmann told the media that the U.S. didn't have a shot at winning the title. Now, after 3 games until their belt, Klinsmann as changed his tune which is making America more confident in the red, white and blue. You can do it boys! 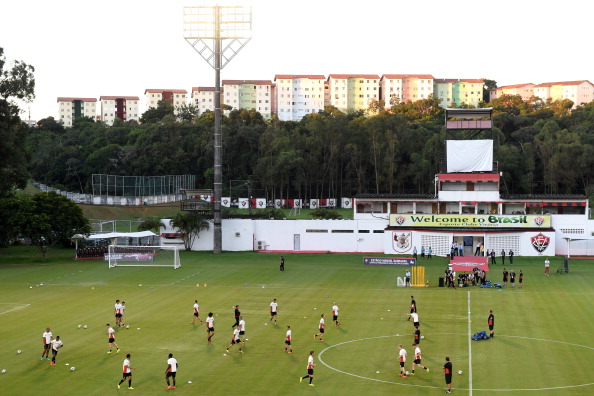 1. The U.S. and Belgium Have Played Before