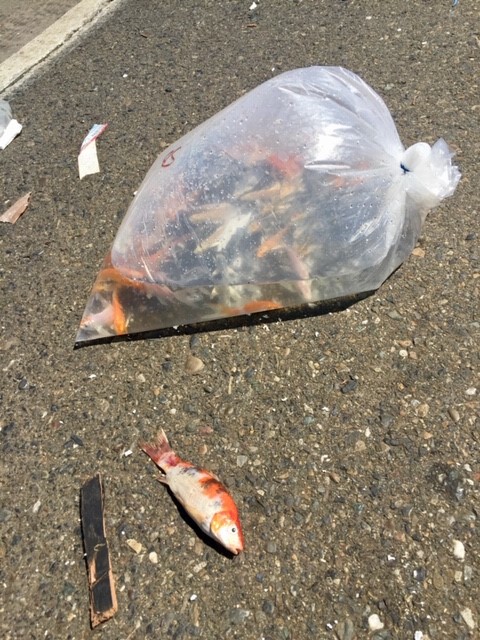 The truck carrying the fish was parked on the shoulder of southbound Highway 99  south of Winton Parkway when it was hit by the peach truck, according to a CHP Merced spokesperson.

The crash happened just after 1:30 p.m. when the semi carrying peaches reportedly became distracted and went onto the shoulder, hitting the box truck. 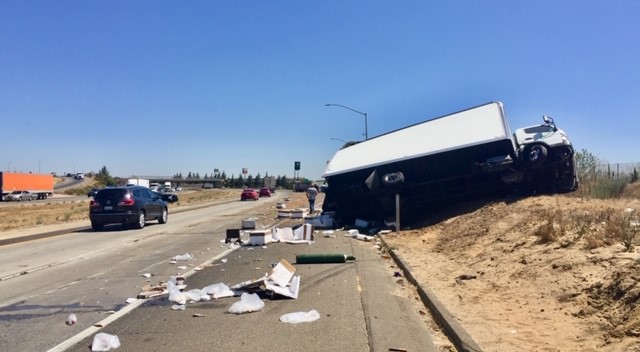 No human injuries were reported, but CHP officer Eric Zuniga said many of the fish did not survive the crash.

Traffic is delayed due to debris. Zuniga estimated the roadway will be cleared around 5:30 p.m.

The right lane of southbound SR-99 reopened around 5:30 p.m. Caltrans said the off-ramp from the highway to Winton Parkway still remains closed.