HERCULES (CBS13) - The search is on for the person who shot a five-year-old and her mother in an East Bay road rage incident. The girl is in the hospital with life-threatening injuries, police say.

Police say the drive-by shooting happened Saturday night on eastbound Interstate 80 near Willow Avenue in Hercules. Four people were in the car when someone shot into the vehicle, hitting the victims. 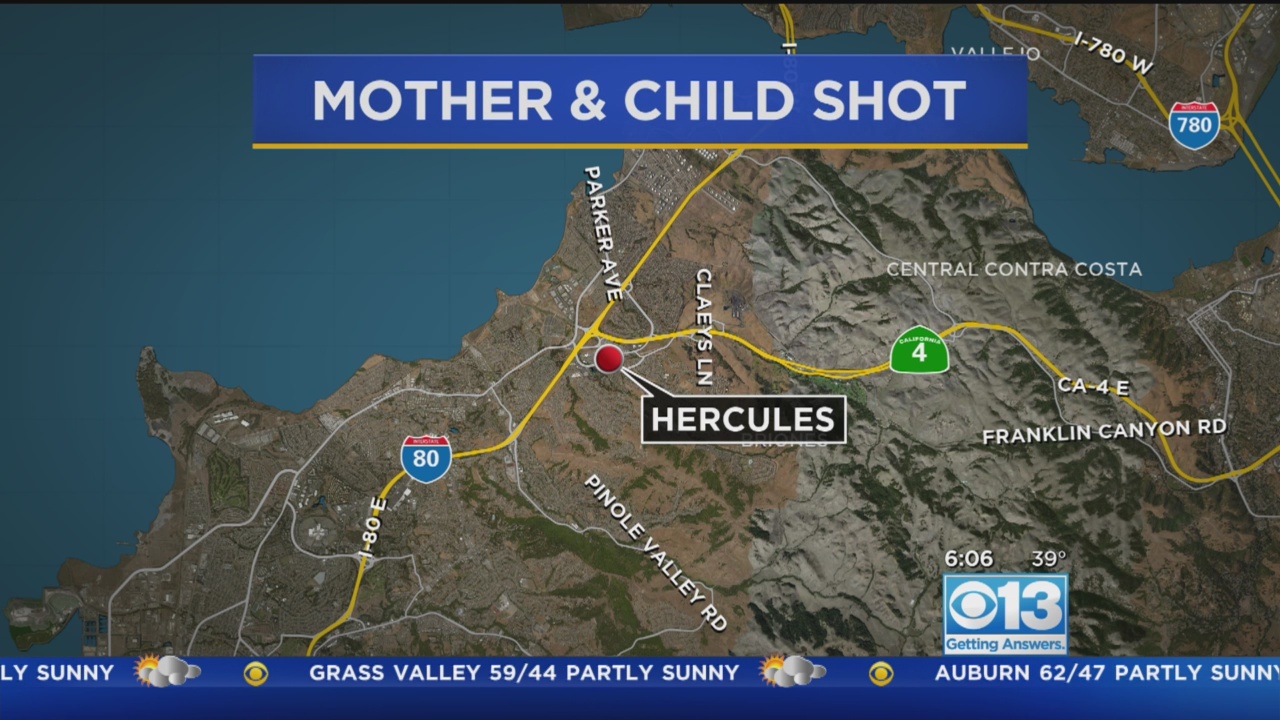 The child was taken to the hospital with major injuries, while the mother sustained moderate injuries, according to a statement from the CHP Golden Gate Division. They say this was an isolated incident.

The freeway was shut down for four hours during the investigation.

Officers urge anyone with information, or may have witnessed the incident, to call 1-800-TELL-CHP.