It’s pretty rare for a Padres hitter to emerge as a must-start. Though Petco Park has been friendlier to offenses since the team moved the fences in, it remains one of the toughest parks in which to score runs. That can make owning a Padres player on your Fantasy roster pretty frustrating.

For once, that won’t be an issue. The team is not only on the road for all of Week 9, but the Padres also play in two of the most homer-friendly parks in the majors.

No Padres player should benefit from this more than Chase Headley. Over his career, Headley’s been a much better hitter on the road, and has shown the power potential to take advantage of these small parks. Week 9 is the ideal time to get your Padres into your lineups, especially Headley.

Headley’s start rates have dropped precipitously since the beginning of the season. Though it’s been a small sample of games, he has been better since returning from the disabled list. For the first time this year, the Padres get a shot to play in some offensive parks. Headley has hit .289/.363/.447 on the road over his career, so he’ll have a chance to post some strong offensive numbers Week 9.

Players I would start him over: Pedro Alvarez, Kyle Seager, Brett Lawrie

It’s hard to argue with Hutchison’s production thus far. Back from Tommy John surgery, he hasn’t missed a beat, carrying over his strong minor-league numbers to the majors. His peripherals are strong, and there’s no reason to expect major regression. The only thing that could hold Hutchison back is his small home park. Though both of his starts come in that park, Hutchison is facing two struggling offenses. Neither the Rays nor Royals have lit up the scoreboard, so Hutchison could be in for a huge week.

Players I would start him over: Chris Tillman, Garrett Richards (one start), Corey Kluber (one start) 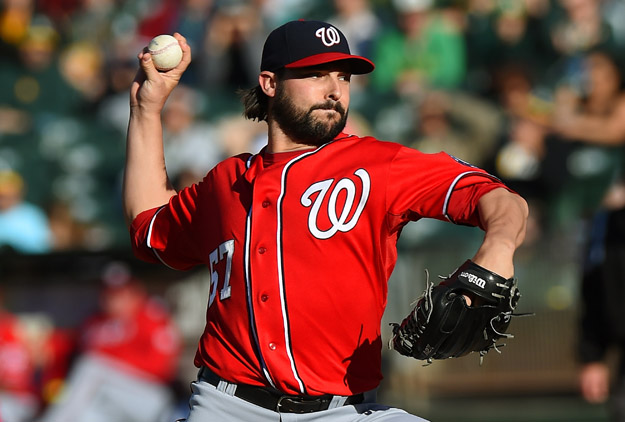 It’s tough to explain Roark’s success in the majors. He was never a flashy prospect, reaching the show at age 26. Since then, though, he’s emerged as a consistent fourth starter. Roark’s stuff isn’t overwhelming, so he’s not a big strikeout pitcher. But he spots his sinker well enough to fool hitters occasionally. His opponents this week are mixed. The Marlins have performed well offensively, but haven’t been as strong on the road. The Rangers haven’t performed well at the plate, but have dangerous hitters. Still, Roark is solid, and could provide decent numbers despite iffy opponents.

Players I would start him over: Aaron Harang, Jesse Chavez (one start), Ian Kennedy (one start)

Hamilton has shown flashes of success this year, but his overall line is still disappointing. He is, however, giving Fantasy owners stolen bases. That could play a role in his value this week. Base stealers are 22 of 25 against Miguel Montero this season. A.J. Ellis hasn’t played enough to get a grasp on his caught-stealing numbers, so it’s tough to delve into those numbers. On top of the promising matchup against Montero, Hamilton plays in two decent offensive parks. If nothing else, he’ll continue to provide steals.

Players I would start him over: Austin Jackson, Domonic Brown, Curtis Granderson

From 2011 to 2013, no shortstop hit more home runs than Hardy. That’s why his home run drought has been so puzzling this year. He’s going to start hitting for power, and there’s no reason to think he can’t still make it back to his previous levels. Little has changed in Hardy’s batted ball profile. He’s actually putting more balls in the air, meaning luck has played a huge role in his home run total this year. Those numbers will rebound eventually, and playing in two homer-friendly parks should help.

Players I would start him over: Asdrubal Cabrera, Erick Aybar, Alcides Escobar 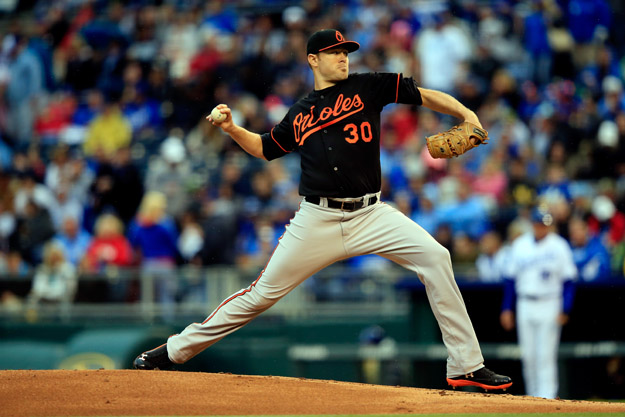 All the goodwill Tillman earned with his Fantasy owners after the Royals start went out the door against the Pirates. After starting the season strong, Tillman’s tossed two quality starts over his last seven outings. Over that same period, he’s pitched into the seventh inning just once. While he’s been able to keep his home runs under control, both his strikeout rate and walk rate have gotten slightly worse. He’s pitching in two hitter’s parks this week and isn’t a great start option.

Players I would start instead: Drew Hutchison, Wily Peralta (one start), Josh Beckett (one start)

Andrus continues to have a high start rate despite declining hitting stats. Andrus isn’t a power guy, and because of that, he needs to rely on hitting for solid averages and picking up steals. His stolen base rate remains steady, but hitting for average is starting to become a problem. A low BABIP will probably solve that, but it’s not like he’s going to suddenly start hitting .300. While Target Field and Nationals Park aren’t extreme pitcher parks, they are far from the cozy confines in Arlington. Shortstop is thin, making Andrus a starter in shallow leagues, but is he really doing enough to justify his high start rate at this point? 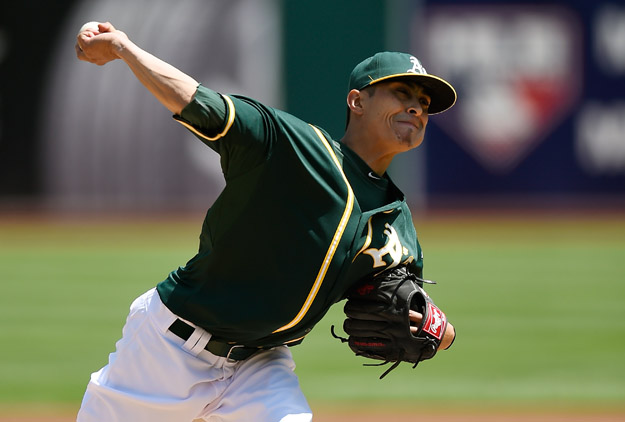 Sitting Chavez is solely based on his poor matchup. Overall, there’s nothing too concerning about his peripherals. It seems like his breakout is legitimate, and Chavez should continue to be a valuable resource to Fantasy owners who struck early on the waiver wire. Though Chavez is pitching at home, the Tigers present a strong offensive threat. The team ranks fourth in offensive wOBA -- an advanced stat that measures offensive performance. Chavez is a good pitcher, but he has a bad matchup. Find a one-week replacement, and plan on using him again Week 10.

Explaining Harang’s success thus far is difficult, as few players suddenly perform this well at age 36. For the most part, his numbers don’t suggest a rapid decline. However, there’s some question about whether he can keep up his minuscule home run rate. Over his full season, Harang has averaged 27 home runs per year. Through nine starts, he’s allowed just two. While that won’t kill his numbers, taking on the Red Sox and Marlins might. The Red Sox are known for working pitchers, and the Marlins offense is surprisingly better than expected, particularly at home.

Jackson got off to a hot start in April, but he’s seen some of those gains fade in May. He has improved his strikeout rate, so it’s clear changes have been made. But what Jackson is doing isn’t enough to carry a Fantasy team. That was different when he was hitting .300, but his average has dropped nearly .050 points, and he doesn’t provide enough power or speed to make a difference. Jackson’s not a bad player, he’s just stuck at a position where there’s a lot of talent. Playing in two pitcher’s parks this week should pull down his value.