Trusting a player coming off an injury can always be a risky proposition for a Fantasy owner. It’s never clear whether the player in question will experience ill effects from the injury as they return.

This is even more dangerous with a pitcher returning from an arm injury. One bad rehab start or one tough opponent shortly after the player returns can knock down a Fantasy owner’s confidence in that pitcher.

The wise Fantasy owner knows it’s unwise to overreact to one bad start. As long as that pitcher displays the skills that made him successful in the first place, a quick return to the starting lineup should be in order.

Don’t let one bad start dissuade you from getting Minor in your lineup. Though arm injuries are definitely a concern with pitchers, Minor has returned and shown no issues through his first three starts. His velocity is stable and both his strikeout and walk rates have matched his career averages. Small sample issues apply, but this is basically the performance owners expected before the injury. He’s a safe bet in your lineup most weeks.

Players I would start him over: Yordano Ventura, Corey Kluber, Kyle Lohse (one start)

Kennedy should rebound nicely after his worst start of the season. After a strong start offensively, the Twins have now dropped to about the league average. The Cubs, on the other hand, remain one of the league’s worst offensive clubs. Kennedy has shown immense improvement thus far. His strikeout rate is at a career high and he’s cut down on control issues that plagued him last season. Oh, and both of his games are in Petco Week 8. Is that good enough for you?

Players I would start him over: Yovani Gallardo, Danny Salazar, Mark Buehrle (one start) 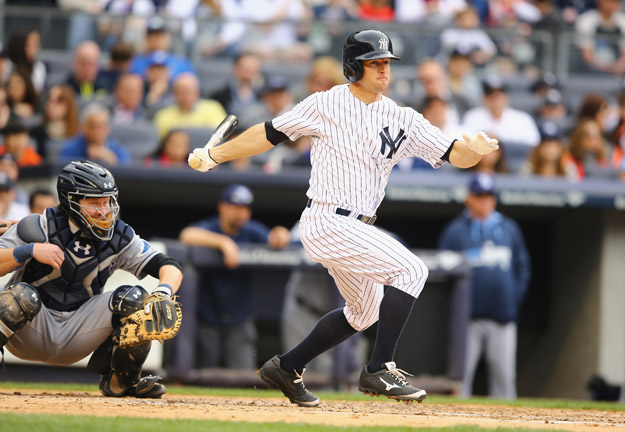 It’s easy to underestimate Gardner in Fantasy. He’s a more valuable player in the real world, which makes him a somewhat under-appreciated asset among Fantasy owners. After a so-so start in April, Gardner has torn the cover off the ball in May. While it’s not wise to bet on small samples, Gardner bats at the top of a decent lineup, plays in two nice hitter’s parks and is a perfect 9-0 on steal attempts. He may not last on a Fantasy roster the whole year, but he can provide value in the short-term.

Players I would start him over: Desmond Jennings, Austin Jackson, Dayan Viciedo

After a career-low home run rate in 2013, Rollins has seen his luck change to begin the season. His four home runs through 36 games nearly matches last year’s total of six in 160 games. The threshold for decent middle infield production is low, making Rollins an interesting option if he can pop double-digit home runs again. While Marlins Park isn’t necessary a great place to hit, the team’s rotation has been decimated after losing Jose Fernandez. Following that series, he’ll return to the cozy Citizens Bank Park, where he’s slugged .445 over his career.

Players I would start him over: Jhonny Peralta, Asdrubal Cabrera, Andrelton Simmons

It’s easy to forget Ackley was drafted second overall a few seasons ago. While things haven’t worked out at the plate early in his career, he’s slowly shown that he can handle major-league pitching. The overall skill set might not lead to solid production in a standard league, but there’s enough here for Ackley to be a viable injury fill-in. A rebound in his home run rate could lead to some surprising numbers if he can keep up his current hot streak.

Players I would start him over: Marcell Ozuna, Khris Davis, Domonic Brown 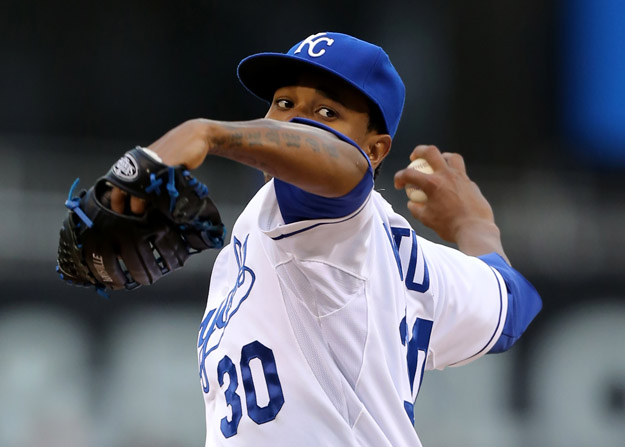 It’s tough to go away from Ventura based on what he’s done to begin the season, but his matchups are tough this week. The White Sox have surprisingly been one of the better offenses in the league, and the Angels have ranked near the top even with Mike Trout “struggling”and Josh Hamilton missing time. Ventura will likely find his way into most lineups despite those concerns, but he’s far from a sure thing this week. The overall package is strong in the long-term, but the matchups stink in the short-term.

Players I would start instead: Mike Minor, Garrett Richards, Dan Haren (one start)

The biggest reason for Cain's early season struggles has been his propensity for the long-ball. Through seven starts, Cain has allowed seven home runs. Two of those home runs came in a game at Coors Field. To make matters worse, the Rockies have emerged as the top hitting team in the majors, and it's just a result of playing in a favorable park. Cain's long-term outlook is solid, but a start in one a homer-happy park is a clear avoid for Cain owners.

Players I would start instead: Ian Kennedy, Doug Fister, Marco Estrada (one start) 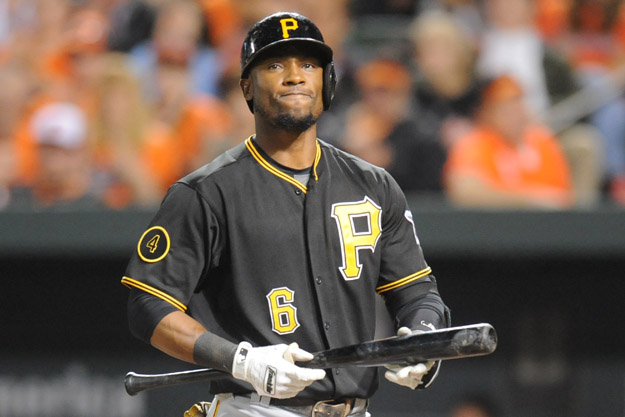 Marte has all the tools to be an effective major-leaguer, but his command of the strike zone is lacking. He’s never been much of a walker, and he’s posted fairly high strikeout rates in his time in the majors. While he made some gains in the latter area last season, he’s reverted back to his hack-happy ways in 2014. Marte is striking out at a higher rate than Brad Miller and Adam Dunn right now. Give him another week to get right before he’s inserted back into your Fantasy lineup.

After a promising April, Jennings has seen his numbers drop to his career rates during a May slump. The increase in home runs has been nice, but Jennings’slugging percentage hasn’t seen much of a difference compared to last season. If he can continue the surprising power output, he could hit his way into a 20/20 season. The chances he adds to that home run total at home, where he’s hit .236/.324/.390 over his career, doesn’t seem likely. Save him for next week.

Dickey has shown improvement after a rough April, but there are still reasons to be hesitant. His walk rate remains pretty lousy, and that’s a problem considering he throws a ball that has a long history of being difficult to control. On top of that, the Athletics have been one of the best offensive clubs in the league by nearly every measure. Dickey’s iffy performance thus far, combined with the A’s hot offense, makes for a possible disaster start. Avoid if possible.