Liriano’s cold start may have frightened even the most optimistic fans, but what he’s done over the second half has been a revelation. In 75 innings, Liriano has posted a ridiculous 2.16 ERA. That’s a figure his peripherals seem to support as well, meaning the breakout has been legitimate. The Braves and Reds have nothing to play for during the final week, and could be the perfect opponents for Liriano. Have you looked at the Reds lineup lately?

Players I would start him over: Yordano Ventura, Rick Porcello, Chris Tillman (one start)

Carrasco can’t be ignored anymore. Since he returned to the rotation, Carrasco has posted a 1.17 ERA over seven starts. Those are video game numbers, and there’s some reason to buy into the improvement. For one, Carrasco is pitching exclusively out of the stretch. That may be a reason he’s had better success with walks lately. It helps that he’ll take on two teams that haven’t hit all that well the entire season. His late-season run might get even better.

Players I would start him over: Michael Pineda, Tanner Roark, Brandon McCarthy (one start) 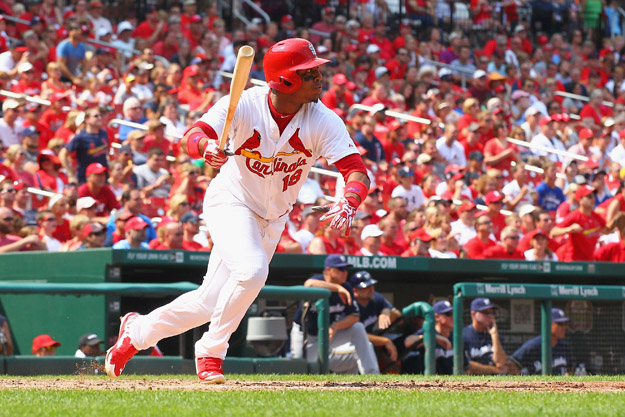 Taveras has been much better over the past two months, though not enough to jump onto Fantasy owners' minds. Buying into Taveras requires having some faith that the combination of the parks he’ll play in, and his potential, will come again in the final week. Taveras entered the year as one of the top prospects in baseball and will likely be a big sleeper next season. Maybe he can start to fulfill that potential now.

Players I would start him over: Corey Dickerson, Charlie Blackmon, Matt Joyce

Why aren’t you starting Pearce yet? Giancarlo Stanton owners, listen up, if you’re suddenly down an outfielder, Pearce is the perfect option. He’s hitting a ridiculous .297/.375/.560 over 365 plate appearances. He’s a Fantasy monster, and the only reason he’s not started more is because his poor plate appearance numbers have dropped him in the standings. Per at-bat, he has to be one of the better offensive performers.

Players I would start him over: Brian McCann, Matt Adams, Adam LaRoche

Gennett entered the year with plenty of questions, but has mostly responded. He’s not a big power or speed guy, but he’s able to make up for that by posting a solid average. Let’s face it, second base is pretty shallow. So, while Gennett isn’t a stand-out performer, he’s not going to kill you as a weekly fill-in. If you’re tired of your current option and just looking for production, Gennett is your way.

Players I would start him over: Omar Infante, Asdrubal Cabrera, Yangervis Solarte 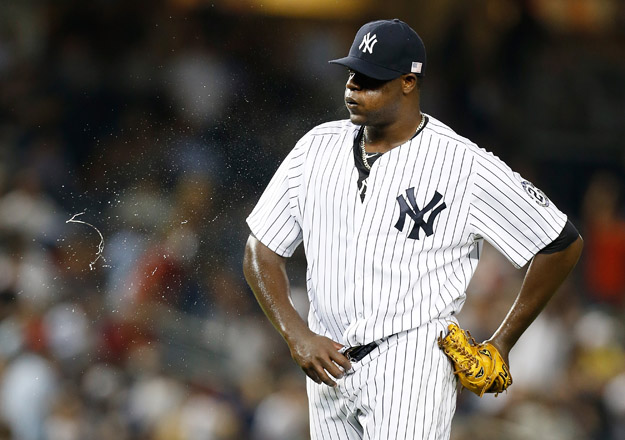 Despite all the injuries, it’s actually been a really successful season for Pineda. He’s had to completely alter his style, though. Pineda is no longer a big strikeout pitcher, instead opting for exceptional control. That would typically be great, except he’s taking on two division opponents in small parks. It’s not the ideal situation for Pineda, and it could lead to him being benched in more leagues than normal.

Players I would start instead: Francisco Liriano,Henderson Alvarez, Yovani Gallardo (one start)

Ventura, like Pineda, has also turned in a spectacular season. Unfortunately, they face the same issue. Ventura doesn’t have great matchups down the stretch. He has to leave the comfy confines of his home park and pitch in U.S. Cellular Field for one of his two starts. That’s a definite downgrade. Overall, it’s been a fine season for Ventura, but he may not make his way into your lineup for the final week.

Players I would start instead: Carlos Carrasco, Josh Collmenter, Shelby Miller (one start) 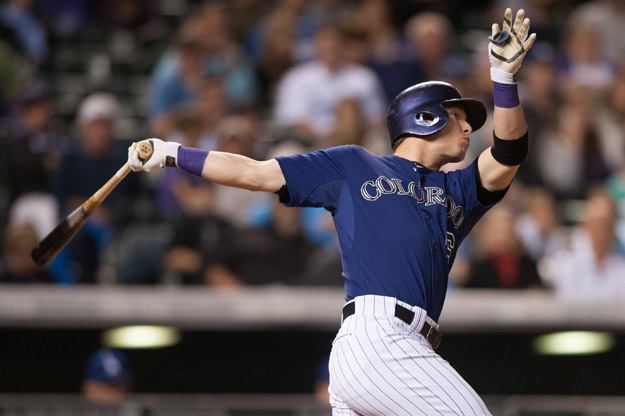 It’s hard to argue with Dickerson’s stat line. He’s hit a robust .309/.363/.565. Those numbers are worthy of an elite stud, not a late-round flyer. Despite that, he’s not a strong Fantasy start Week 26 due to where he’s playing his games. Dickerson has really taken advantage of playing in Coors Field. Outside of high elevation, he’s hitting just .242/.297/.428. That’s not startable in most leagues. Don’t use him on the road.

Dozier was a great breakout performer during the first half, but his second half numbers have left something to be desired. Dozier is not going to hit for average, and one of the reasons he was viable in the first half was his ability to hit for power at a weak position. Over the second half, that hasn’t been the case. Dozier’s hit just two dingers in his last 201 at-bats. That’s just not going to get it done.

Quintana emerged as a possible ace this season. Considering he was nothing more than a minor-league signing a few seasons ago, his rise to relevance has been amazing. The problem here is that Quintana will have to take on the hard-hitting Tigers in his final start. He’s certainly up to the task, but the tough opponent probably boosts more questionable pitchers above him for Week 26.