WILMINGTON, Del. (CBS) -- A woman has been arrested for allegedly dragging a Delaware State Police trooper by her SUV earlier this week. Yira Graciano-Toala, 52, of Wilmington, was arrested for the incident that took place on Monday at the intersection of Kirkwood Highway and Farrand Drive.

It started when a trooper simply stopped to help deal with malfunctioning lights. Investigators say the trooper spoke with a driver of a dark-colored SUV, when the interaction turned violent. 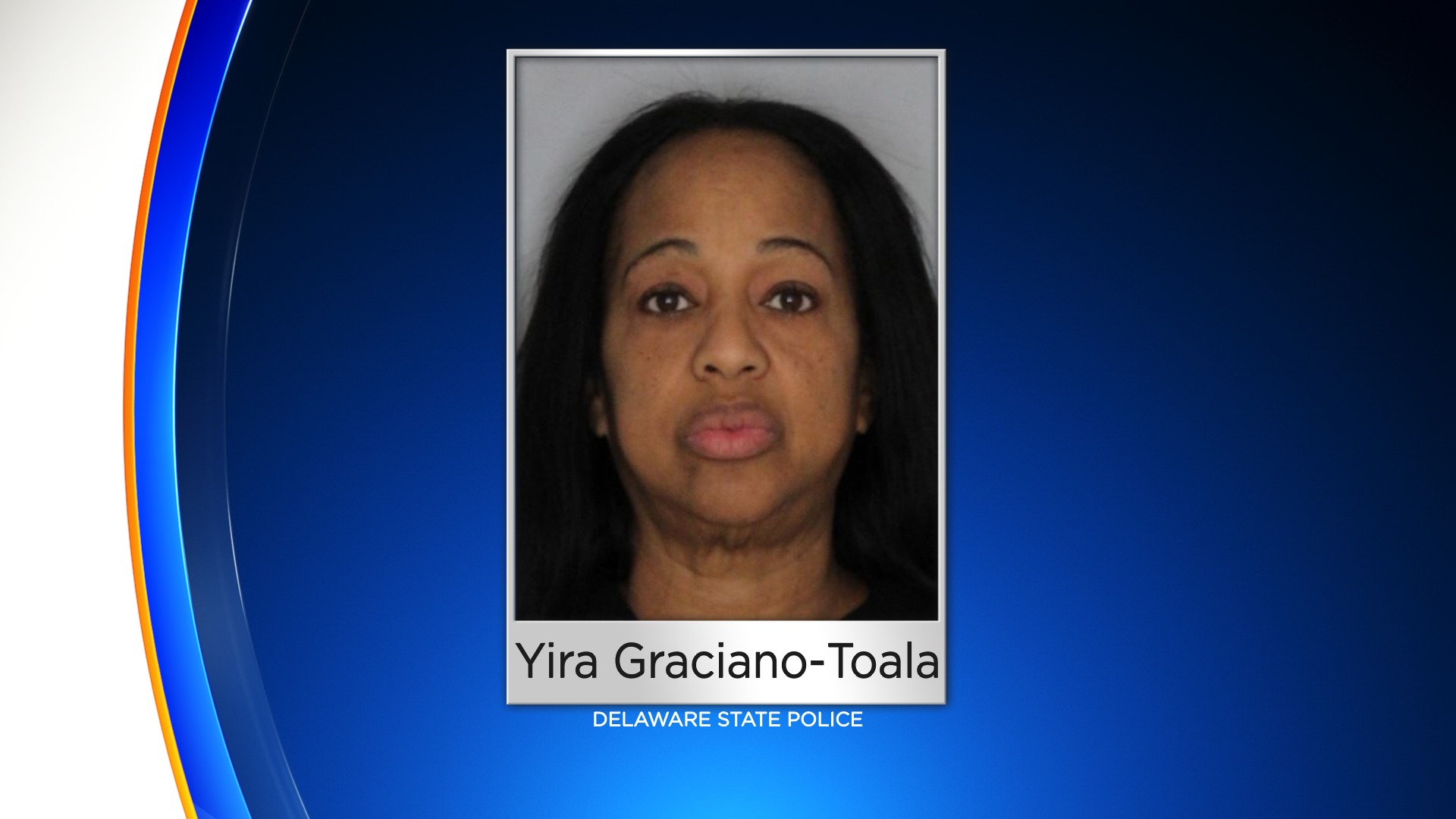 "The vehicle took off with the trooper still on the vehicle and he was subsequently dragged," Delaware State Police Cpl. Mike Austin said.

The 18-year veteran was able to pull himself free after about a tenth of a mile, falling into a grassy median.

Graciano-Toala was charged with vehicular assault, reckless endangering and other related charges.

She was arraigned and released on $15,600 unsecured bail.