PHILADELPHIA (CBS) -- There's a campaign to raise awareness about a rare cancer that's often misdiagnosed. The symptoms include fatigue and anxiety. Saturday is World CCA Day, aimed at shining a light on the rare cancer and finding better ways to diagnose and treat it.

The green flamingos are designed to catch your attention for a rare bile duct cancer called cholangiocarcinoma, or CCA. 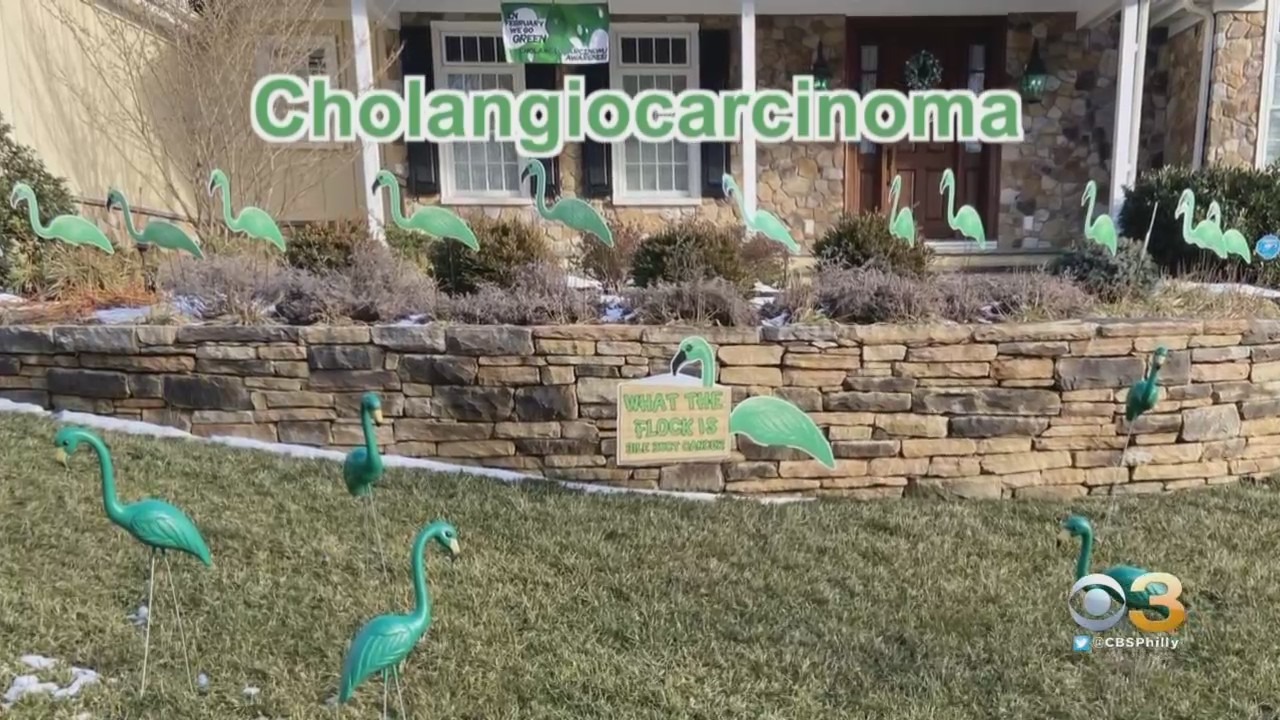 Like the poster says, "What the flock is it?"

"It used to be a cancer of men mostly over 65 but now it's being seen more and more in young women. And it's also being seen in 9/11 responders in increasing numbers," CCA patient Jan Meyer said.

Meyer, who lives in Wilmington, was diagnosed with CCA in 2018. Beyond the difficulties treatments and fearing for her life there was another stark reality.

"This is a crisis because it has limited treatment options. It's difficult to diagnose, often diagnosed at a later stage," Meyer said.

Meyer joined a team of warriors to get CCA out of the dark ages with a series of events for the Cholangiocarcinoma Foundation.

The first targeted drug for CCA was approved by the FDA last year, prompting patients to put up a billboard thanking the pharmaceutical company.

But the warriors say there's still a lot of work to do to better understand and treat the rare cancer.

"We know that's not going to benefit me but we just feel that we need to do something to make it better for those coming behind us," Meyer said.

CCA is often misdiagnosed as gall bladder cancer. Research has shown it can take two years to accurately diagnose it.

Meyer is hoping that changes soon.