WILMINGTON, Del. (CBS) -- The City of Wilmington has removed a statue of Christopher Columbus. The statue had been there for 50 years.

Protesters say Columbus's exploration shouldn't be idolized because it led to the killing and forced migration of Native Americans.

"It's embarrassingly late, but it's amazing for the city coming down," resident Cait Emeritz said.

Calls for the removal of Confederate and other controversial monuments and memorials are growing around the country, with many of them being toppled by protesters or removed by city and state officials. Delaware Gov. John Carney addressed the Columbus statue removal in Wilmington during his COVID-19 press conference.

"It's disappointing that it's come to that, but I think the idea of having a conversation, a broad conversation, publicly, a certain one wouldn't want to see damage done to either one of those statues," Carney said.

Wilmington also removed the statue of former Delaware Gov. Caesar Rodney on Friday. Rodney was a signer of the Declaration of Independence and also owned slaves. 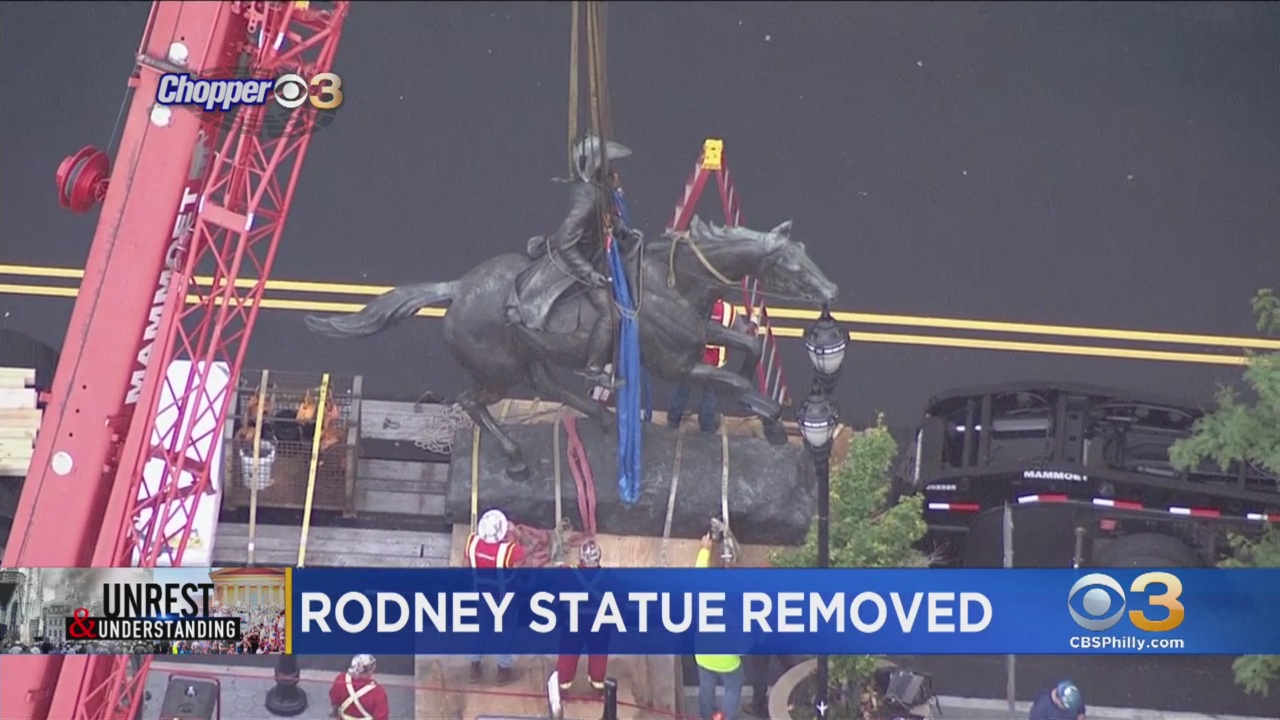 "Then you actually indicate as a city that certain things are unacceptable and that's really important," Emeritz said.

Wilmington Mayor Mike Purzycki says the statues will be stored.

"We cannot erase history, as painful as it may be, but we can certainly discuss history with each other and determine together what we value and what we feel is appropriate to memorialize," Purzycki said. "We can determine together how we should proceed as a city when it comes to public displays. In this period of awakening for our city, state, and country, we should be listening more to each other and building a more just city and a better America."

Purzycki says a discussion about public displays of historical figures is overdue.