PHILADELPHIA (CBS) -- An argument inside a West Philadelphia sports bar spilled outside, and ended with two men being shot early Thursday morning. Shell casings littered the sidewalk in front of the Westside Tavern on the 6000 block of Market Street. 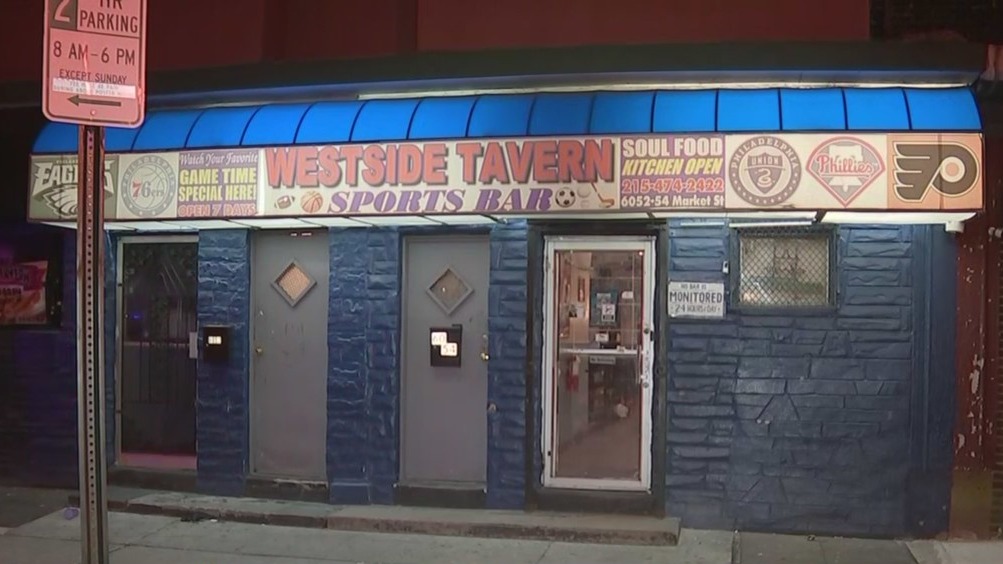 Police say they responded to the scene due to a report of a person with a gun. Once they arrived, police found a 41-year-old man laying on the street with two gunshot wounds to his right thigh, Police also found the second victim, a 36-year-old man, inside the bar suffering from a gunshot wound to this right ankle.

Both men were transported to a local hospital and placed in stable condition, according to police.

Police say the suspect is a man approximately 50-years-old with a low haircut and black mustache. Police say he was wearing a black and gray jacket, light blue jeans, white Nike sneakers, and he was armed with a black handgun. He was also driving dark colored pickup truck with a front vanity license plate.