PHILADELPHIA (CBS) -- A 40-year-old man was hit by a stray bullet and left critically injured in a West Philadelphia shooting on Thursday night, police say. Chopper 3 was over the scene around 9:30 p.m. on North 62nd Street, which is right off Vine Street. 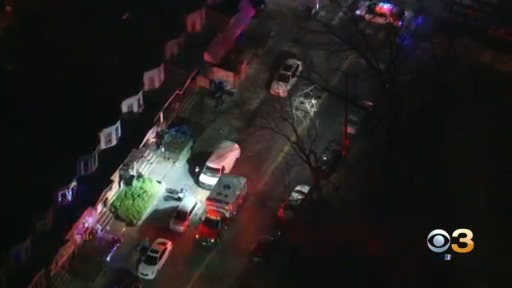 Officers tell Eyewitness News the man was in his house with his girlfriend when someone started firing outside.

A bullet flew through a window and wall, hitting the man.

"We're told by his girlfriend that they were sitting on their bed, in the bedroom, where they both live watching television, when a bullet came through their wall, striking this victim in his back," Chief Inspector Scott Small said.