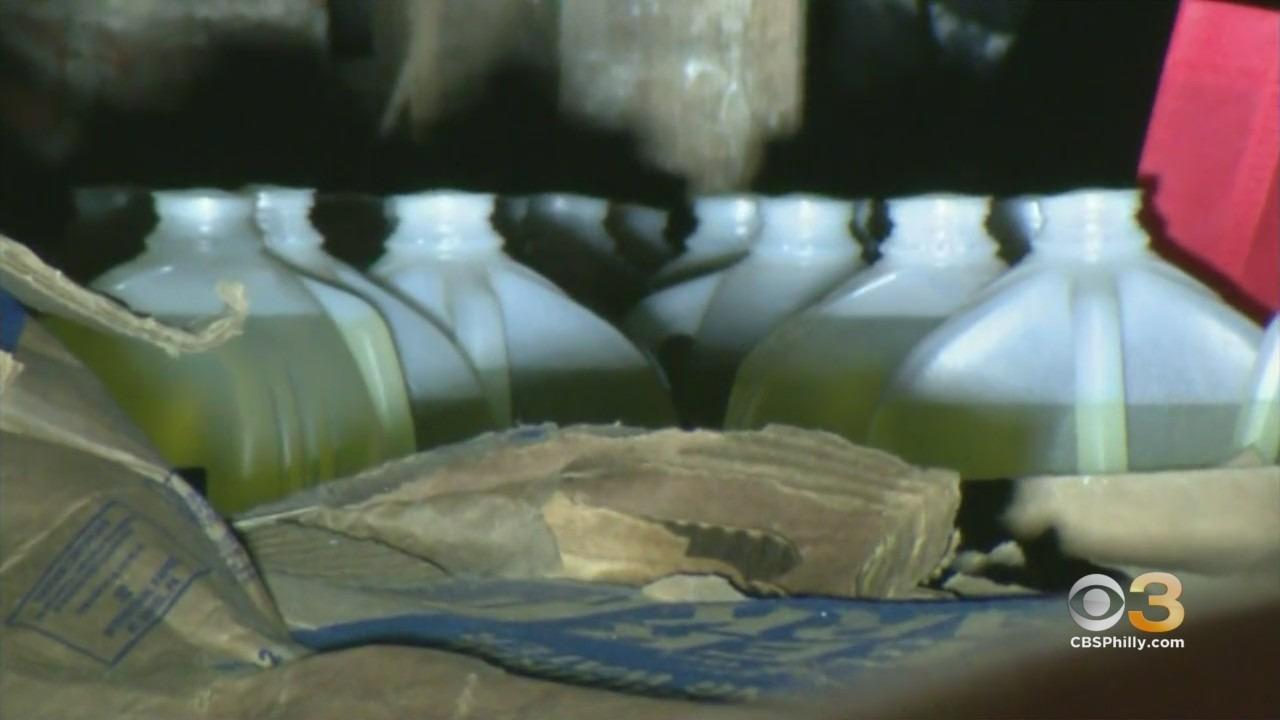 PHILADELPHIA (CBS) -- Police are investigating a hazmat situation after more than 100 plastic milk jugs filled with gasoline were found inside an abandoned home in West Philadelphia. First responders were dispatched to an abandoned home on the 100 block of North 59th Street for reports of a strong smell of gas around 8:30 p.m. Monday.

Police say upon arrival, first responders found about 154 one-gallon jugs of gasoline. You can imagine how strong the smell was coming from that house which is what tipped off the police to this potentially dangerous hazmat situation.

First responders went right inside because the house appeared to be partially burned out from a fire and completely vacant.

They say the plastic milk jugs filled with gasoline were found on the living room floor and on the steps.

Adjoining houses on the block were evacuated.

Hazmat personnel were on the scene, they are working with the fire department and the department of licenses and inspections to safely remove the hazardous gasoline from the home.

Police say a 37-year-old man who either owns the home or frequently visits it is being questioned by detectives. He is considered a person of interest.

Stay with CBSPhilly.com for updates to this developing story.