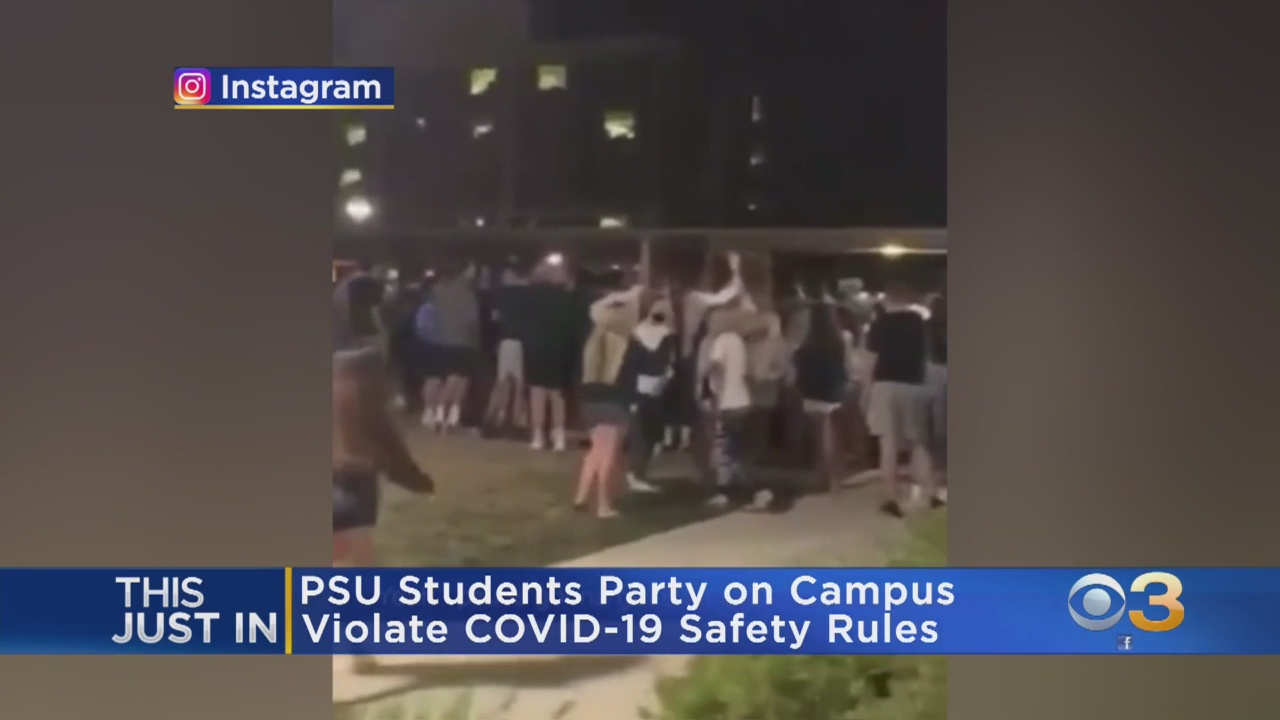 Most appear to be in violation of an ordinance requiring masks. The ordinance also limits gatherings to ten people and that was not being followed either.

Eyewitness News reached out to University Park Police and a lieutenant confirmed they broke up the party around 9:30 p.m. Wednesday outside of one of the main freshmen resident hall areas.

In a statement, Penn State's president called the behavior unacceptable and said it will not be tolerated.

"Last night, we saw reports of crowds of students congregating in large numbers outside of East Halls on the University Park campus. Many were not wearing masks, or physical distancing, in violation of the University's requirements and expectations for doing so, as well as the State College ordinance. We intervened, and the crowds dispersed. These measures are in place to help prevent and contain the possible spread of COVID-19. Last night's behavior is unacceptable," President Eric Barron said. "I ask students flaunting the University's health and safety expectations a simple question: Do you want to be the person responsible for sending everyone home? This behavior cannot and will not be tolerated. We have said from the beginning health and safety is our priority, and if the University needs to pivot to fully remote instruction we will. As a reminder, we are using our student conduct process to identify students who are not compliant with University requirements. It's important all students understand that the consequences for violations include possible expulsion. We also announced this morning that a fraternity was put on interim suspension for a potential violation of COVID-19 rules regarding socials."

Most of the online posts are blaming incoming freshmen for the gathering.

This is move-in week for freshmen at Penn State, and now there's a Change.org petition circulating online calling for the university to send freshmen home for breaking the rules concerning COVID-19. As of Thursday morning, that petition already has about 1,500 signatures.