VINELAND, N.J. (CBS) -- Details continue to emerge in a backhoe rampage that shocked Vineland residents. As tight-lipped authorities continue to investigate, a witness described the terrifying experience to CBS3.

It's a wild ride that turned this small Vineland community on its side.

A driver behind the wheel of a backhoe, flipping over cars in a rampage that went on for miles.

"I'm just so traumatized, and I can't stop crying about it. Like, it's very scary when you see a bulldozer just like coming at you and hitting your car," witness Theresa Jeffrey said. 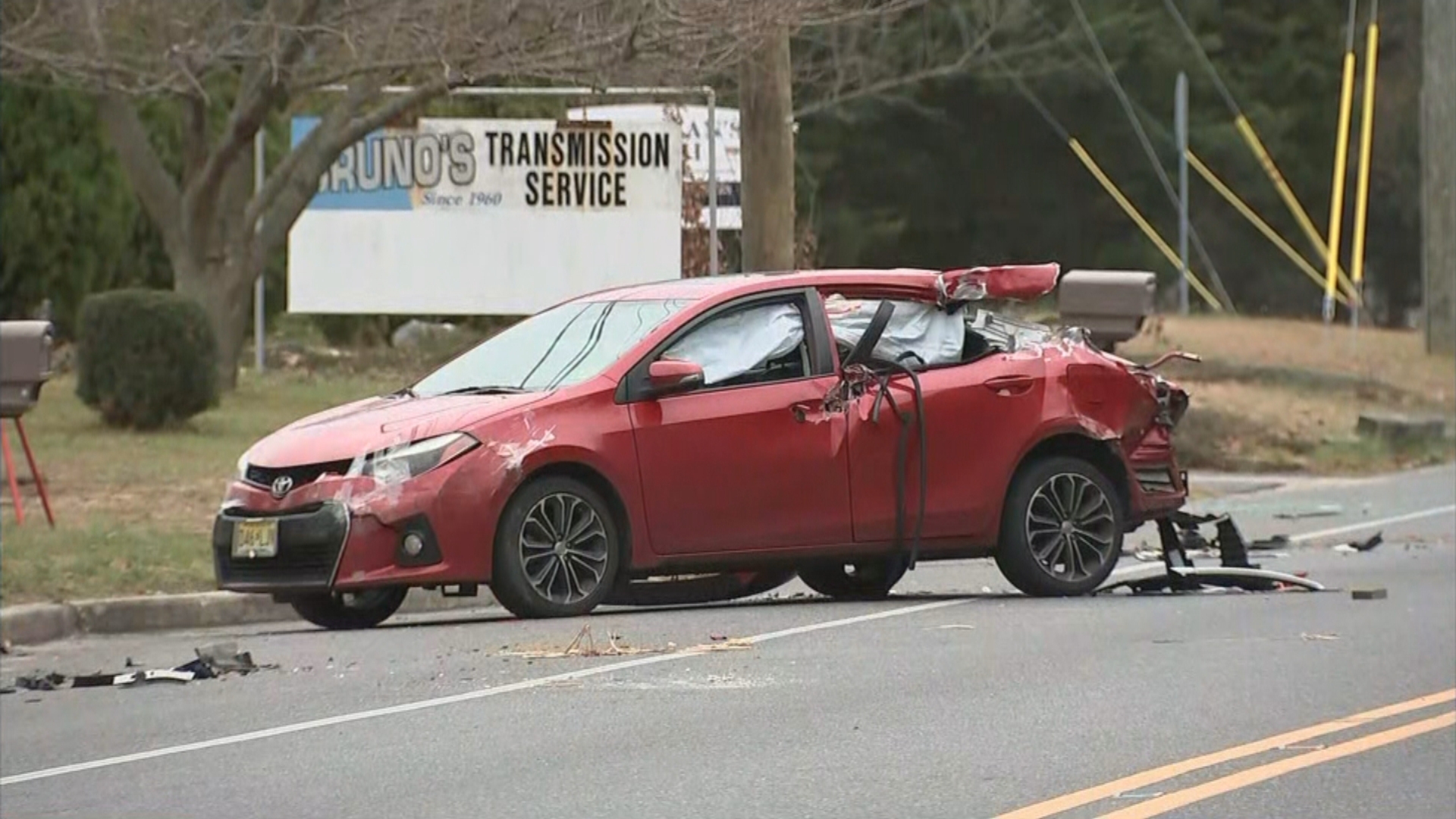 Jeffery said she was headed to work around 5 a.m. Saturday morning when the unidentified driver barreled towards her. Her red sedan was one of four vehicles including two police SUVs and an ambulance totaled.

"My car was right over here in front of the mailbox and where all that brown stuff over there," Jeffrey said. "His truck was like flipped over."

According to witnesses after leaving South Lincoln Avenue, the driver went into this near by mobile home park for seniors.

There, the mayhem continued.

"It was nerve-racking, and like I said, cars been in and out all day long yesterday and all day today," neighbor Victoria Barbara said. "It's like a circus over here." 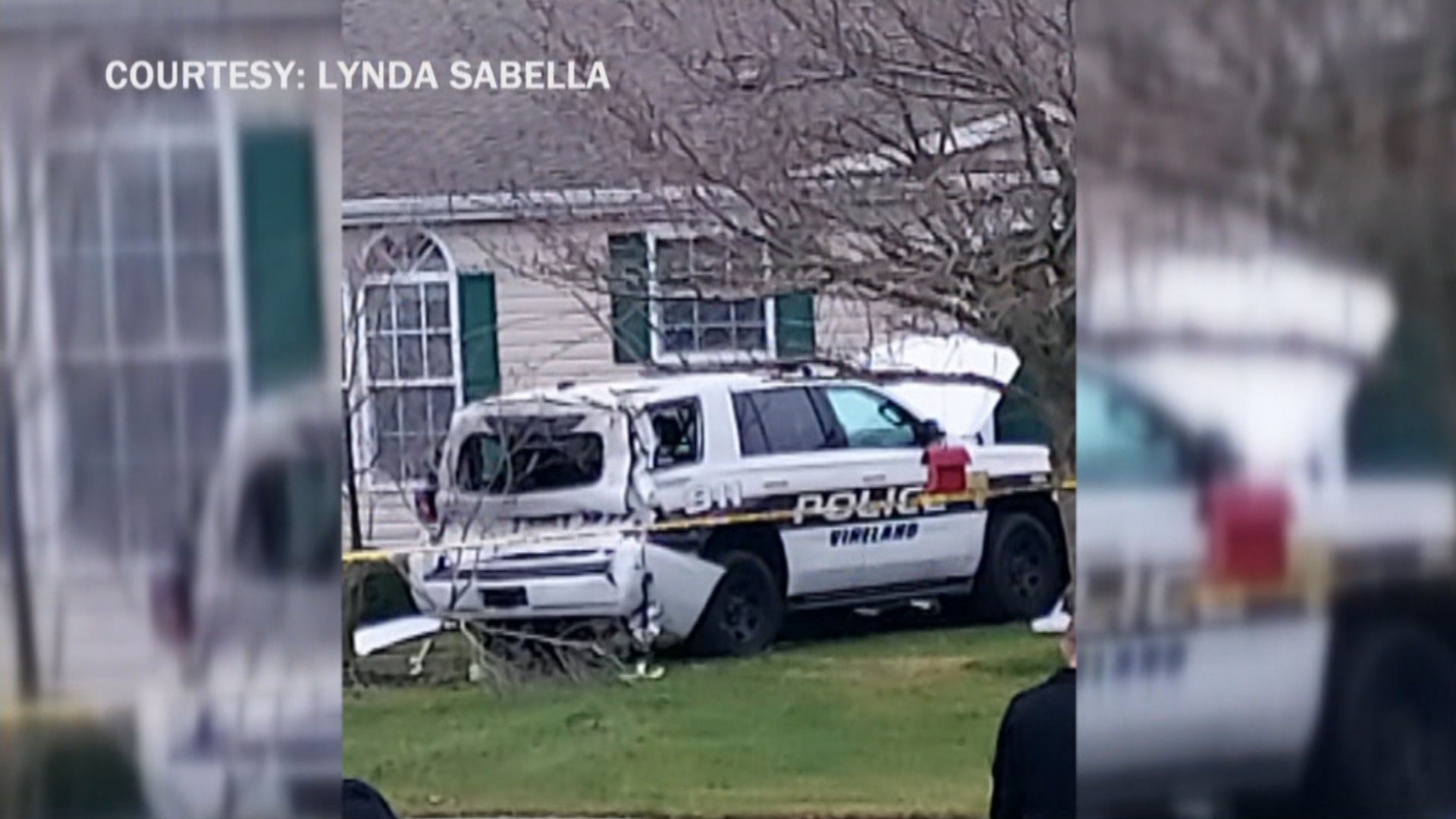 The New Jersey Attorney General's Office confirms vineland officers shot and killed a man during an encounter but would not say if the two incidents are connected.

The Jeffreys are grateful this wasn't worse. 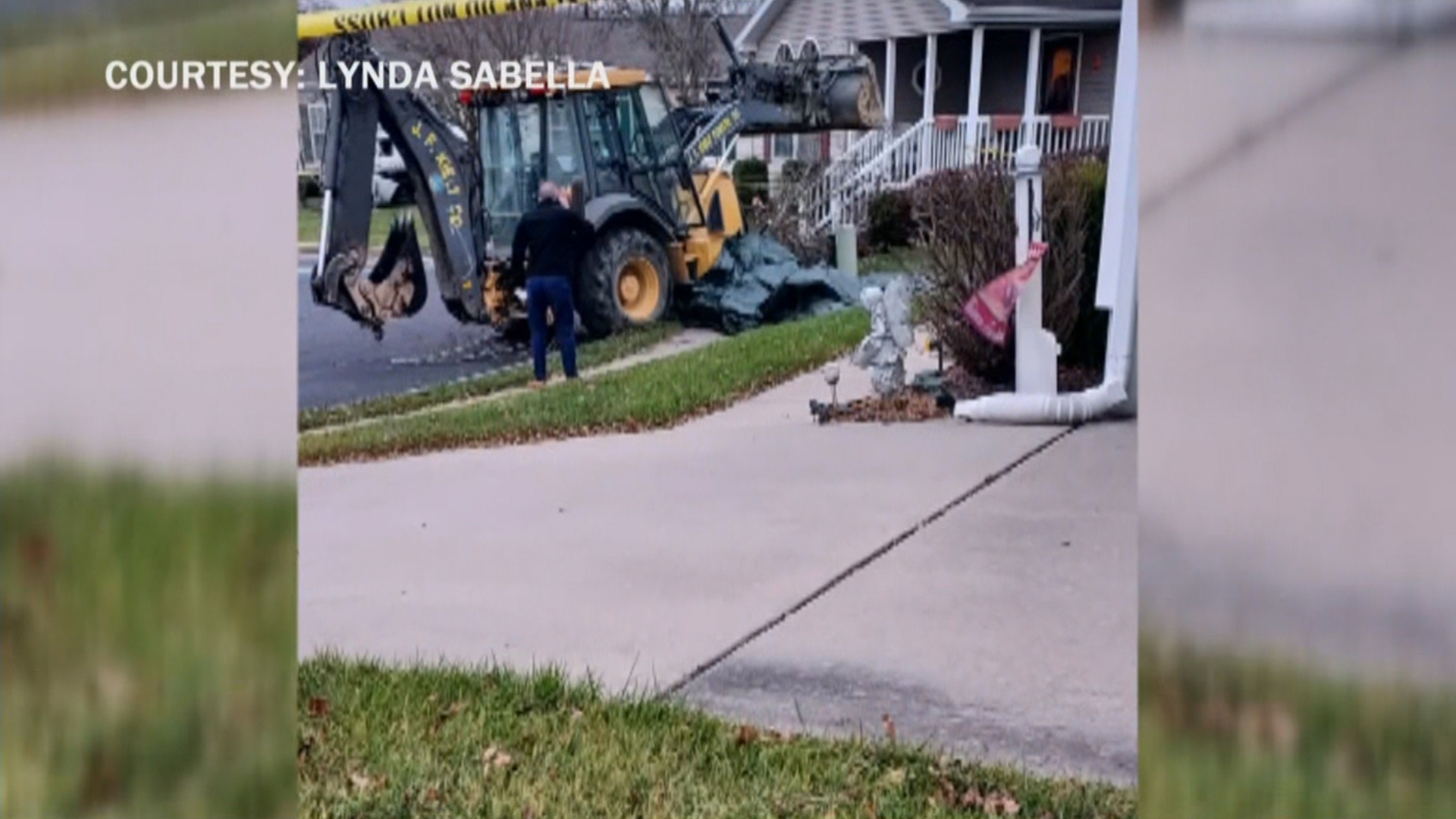 "Scared, upset... I could have lost my daughter yesterday," Jeffrey said. "I'm thankful about that, it's really scary to get into any type of car accident, but especially like this when a bulldozer is coming at you head on straight."

The New Jersey Attorney General has not said how this all started. Neighbors believe the backhoe was taken from a facility nearby.

The driver has not been identified. To donate to Jeffrey's car fund, click here.