VILLANOVA, Pa. (CBS) -- The celebration is well underway on Villanova's campus. Students cheered their Wildcats on Saturday night as they picked up a huge 50-44 win over Houston to advance to the Final Four, and they say this team can go all the way.

Nova Nation showed up strong to support the men's basketball team battling Houston in the Elite 8.

Dellegrippio is part of the campus activity team who hosted the watch party,  making the most of March Madness for the first time in a few years.

"After my freshman year, we couldn't do that much because of COVID, but now we're getting back to normal, which is so great. We can celebrate our 'Cats," Dellegrippio said. 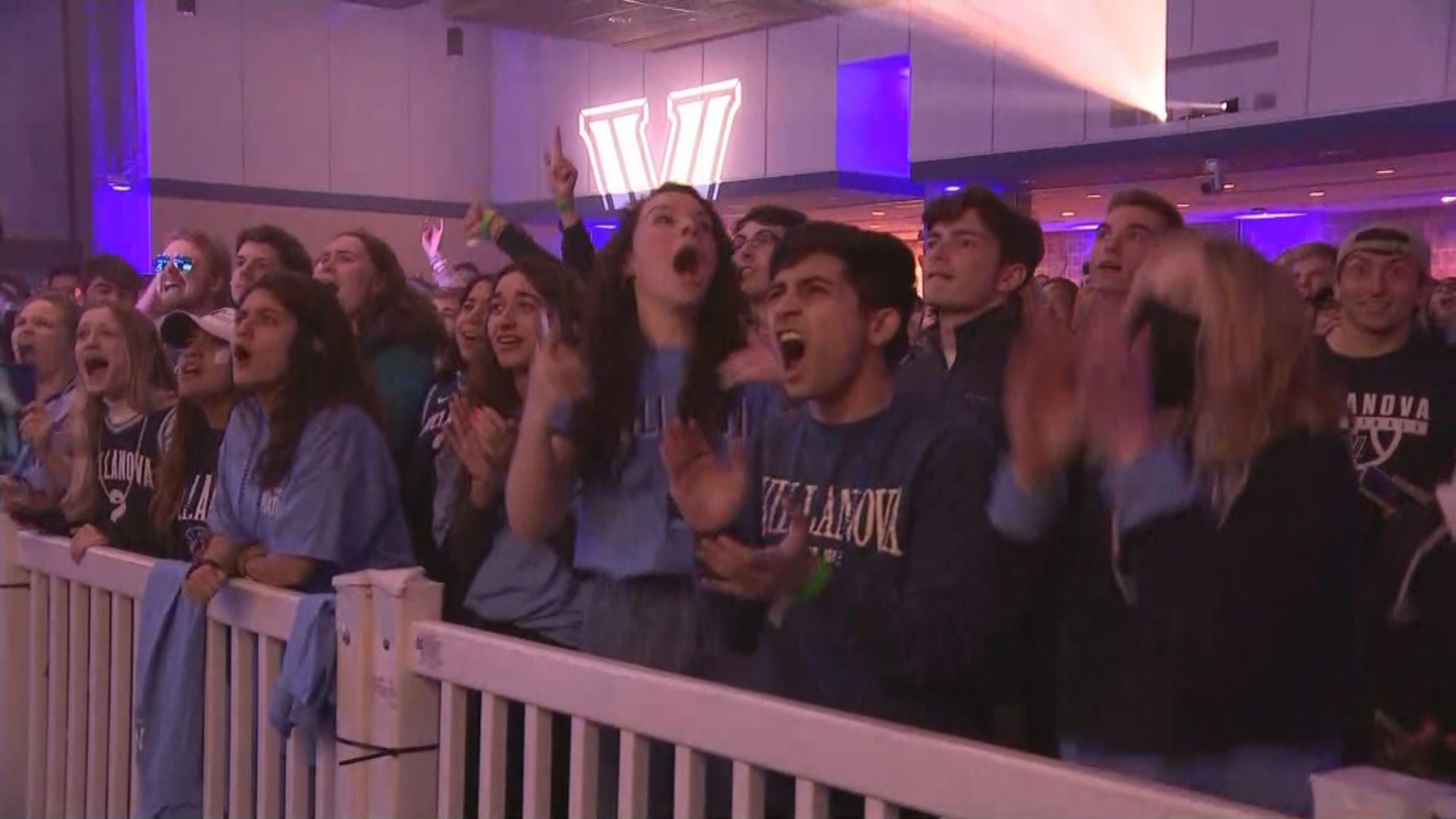 "For each game watch, it's gotten more and more people so this is the biggest it's ever been so far," Ava Eberly, a freshman, said.

Eberley says with each win, everyone is getting a little more into game-mode.

"Teachers are being a little bit more forgiving. They're like, 'I know everything is going on and March Madness,'" she said.

As expected, Houston's defense led to some nail-biting moments.

"I really hope we are going to win," Melanie Gonzalez, a sophomore, said.

But in the end, Villanova proved victorious.

And these fans say this is just the start.

"All the way. We're bringing it back to Nova," one fan said.

Organizers tell CBS3 they are already planning the watch parties and post-game celebrations for next Saturday when Nova plays in the Final Four.