PHILADELPHIA (CBS) -- She was the youngest Black woman museum exhibit designer and she aspired to start her own firm. The 30-year-old Philadelphia native didn't get to live out her dream, but now, her family is continuing her legacy for her.

The Kansas City, Missouri, design firm where she worked chronicled her journey as the only Black woman museum exhibit designer in the country.

"This is our experience and I want to make sure it's told the proper way," Edwards said. 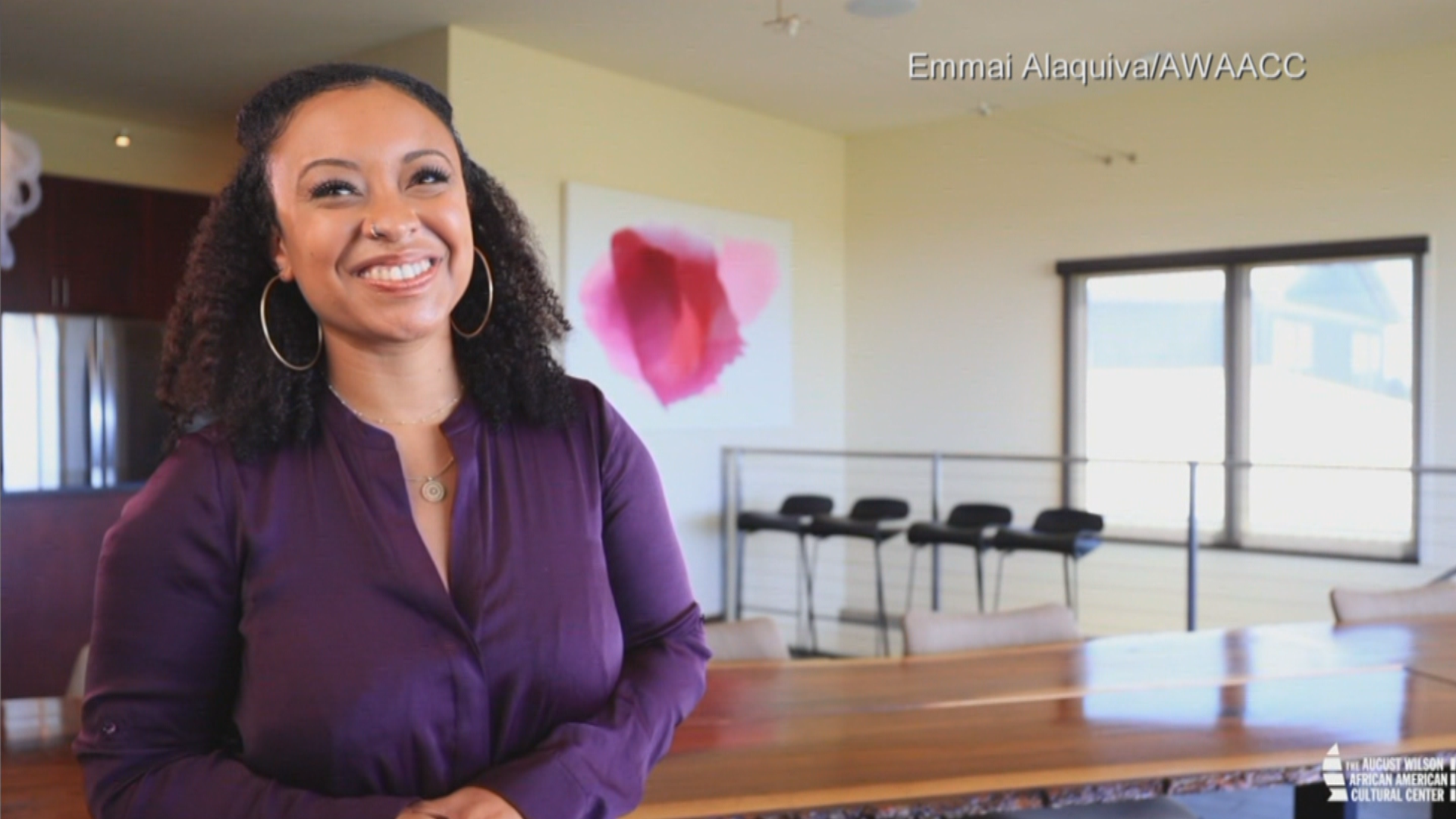 Edwards became the youngest Black woman museum exhibit designer in the country. The Drexel and University of the Arts graduate was forging a path in an industry with very few people of color. She aspired to change that.

Edwards, 30, died from COVID-19 in December, never living to see what would become her biggest and most impactful work of art.

It's her family's mission to continue the legacy she started.

"Her mission since I can say from middle school was to do something that inspired empathy, that inspired awareness, social awareness," Angela Edwards, Victoria's mother, said.

Angela, her aunt Nina Howard and grandmother Elaine, are balancing tremendous grief while finding inspiration in her spirit. Her mother recalls the last conversation she had with Edwards, who worked on the exhibit to the very end, just hours before she died.

"She took a shower. She called me, we prayed like we always do. She says, 'I love you, mommy, I'll talk to you in the morning,' and she didn't answer my phone calls," Angela said. "She was working while she was sick, the whole time. About 11, she called and said, 'OK, I just sent it in, I'm gonna take a shower and I'll call you before bed.' It was her determination to make sure that this was done and I look at it like as God's will that she finished this."

On Thursday, April 14, her family traveled to Pittsburgh for the unveiling of the exhibit honoring the Pittsburgh playwright, a project Edwards worked on up until she took her last breath.

"Victoria's hand is in every aspect of the exhibition that you will see tonight," said Janis Burley, CEO of the August Wilson African American Cultural Center. "From the photos on the wall and in the videos to the leather chosen on the bar stools." 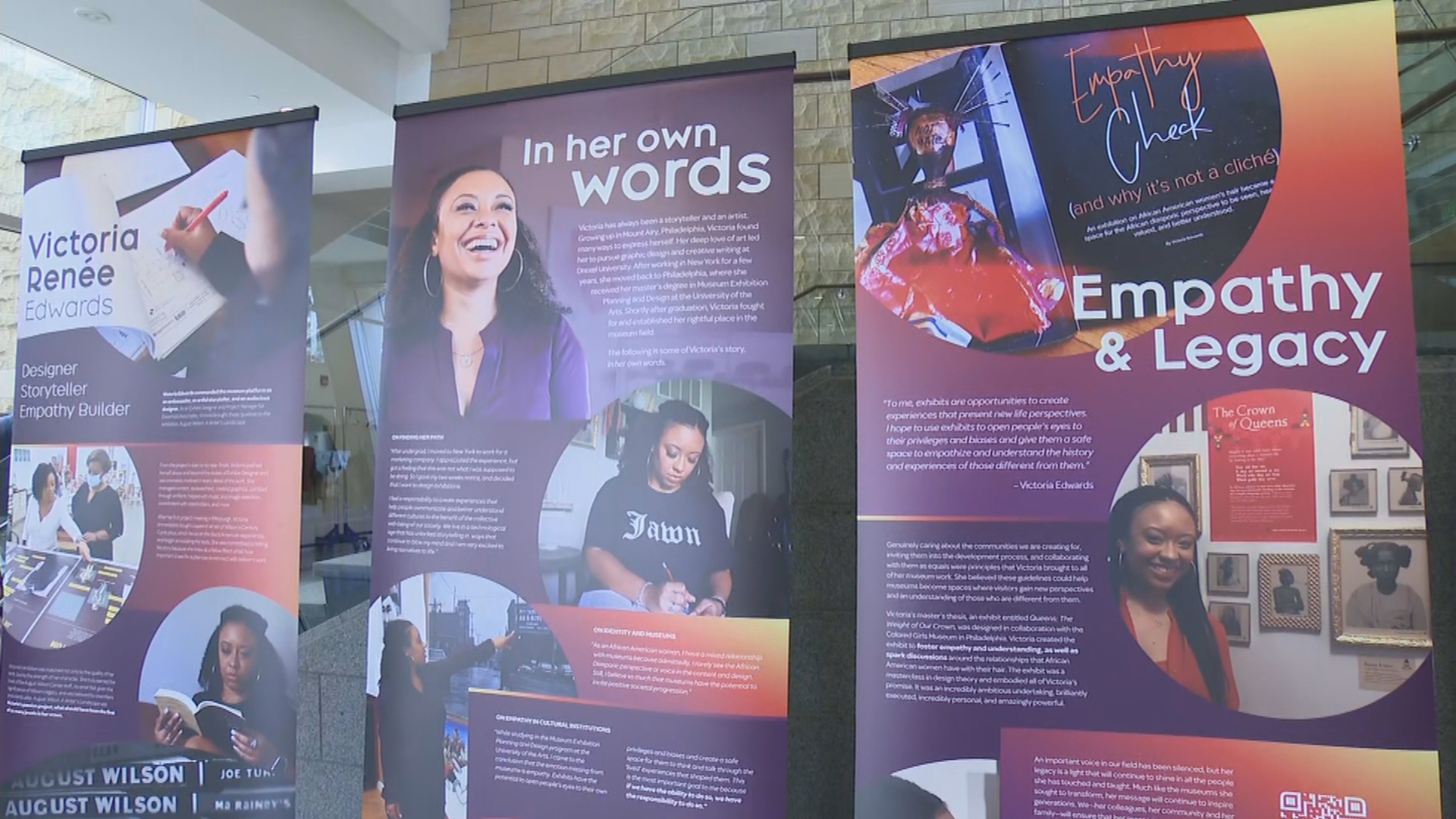 "My daughter should be here this weekend celebrating her accomplishments of completing The Writer's Landscape," Angela said. "God called his angel home four months ago, so I'm standing here on behalf of my daughter."

Not only will visitors get to see and feel the passion she created in the August Wilson exhibit, but the center has dedicated a gallery to Edwards in honor of her groundbreaking work -- a space inspired by her legacy meant to inspire future artists and designers.

While Edwards didn't live to see her work on display, there are other exhibits that speak to her amazing artistic skills -- exhibits at the Smithsonian and one of her first major exhibits featured at The Colored Girls Museum in Philadelphia, highlighting the Black woman's history with their hair.

"Super, like a powerhouse, but the most humble person," Nina said. "She had no idea of her stature, of her greatness." 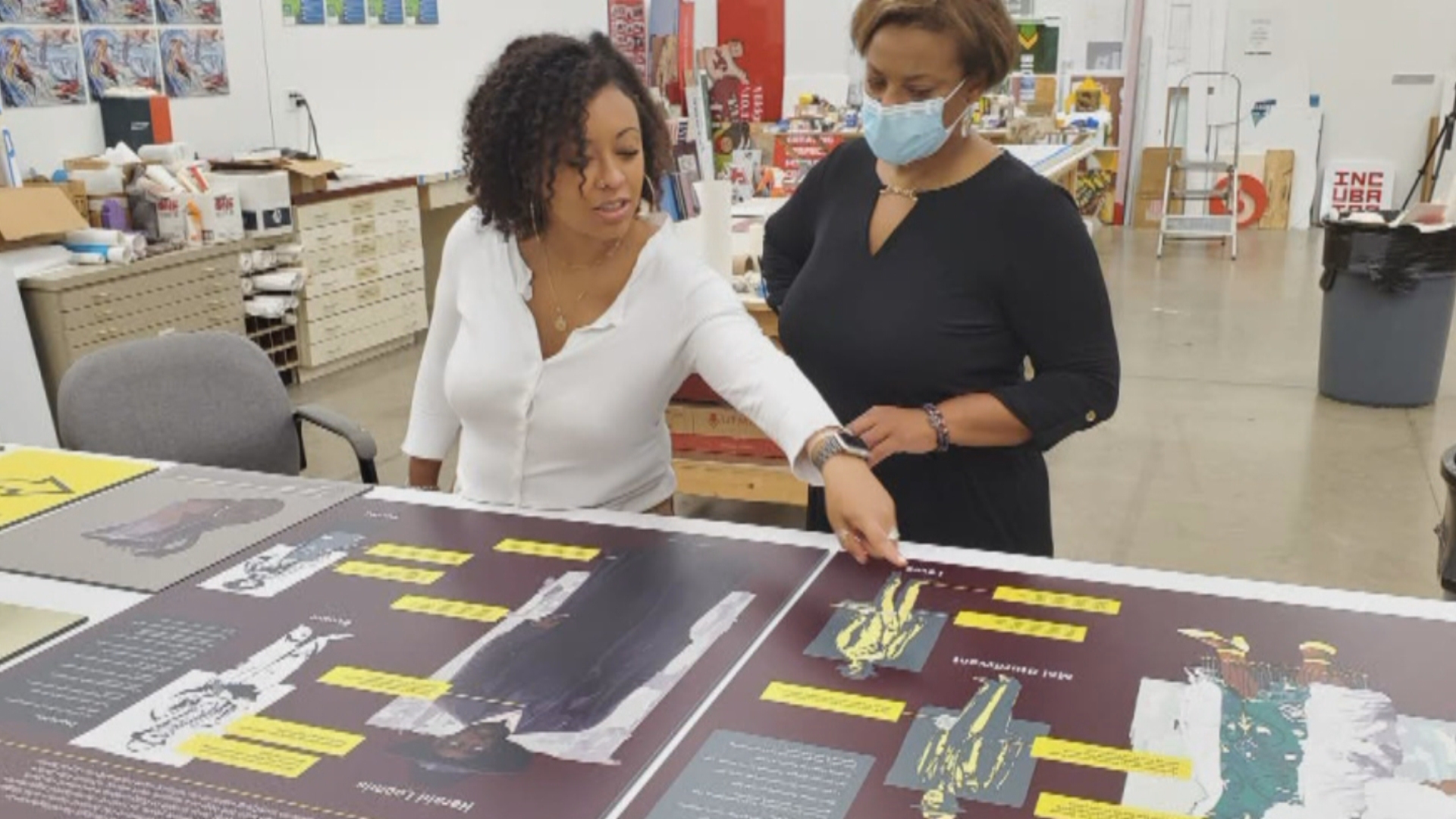 "My sister and I started the VR Arts and Empathy project to continue to do this work for her," Angela said. "I have books of notes of things that she said she wanted activities and everything like that. She's not here, but she gave us the blueprint on what she wanted to continue this work."

What would Edwards say about what her family is doing right now?

Edwards' family is continuing the mission she started.

"We have just co-founded our nonprofit, the Victoria Renee Arts and Empathy Project," Angela said. "Our goal is to keep Victoria's dream to inspire, unite and educate communities about social awareness and empathy through the arts."

Continuing a legacy that began in the mind of a middle school child from Philly whose short career has left an indelible footprint in the world of museum exhibit design.